Jacinda Ardern has criticised the Australian government's new immigration arrangements that could see tens of thousands of Kiwis head back to New Zealand. 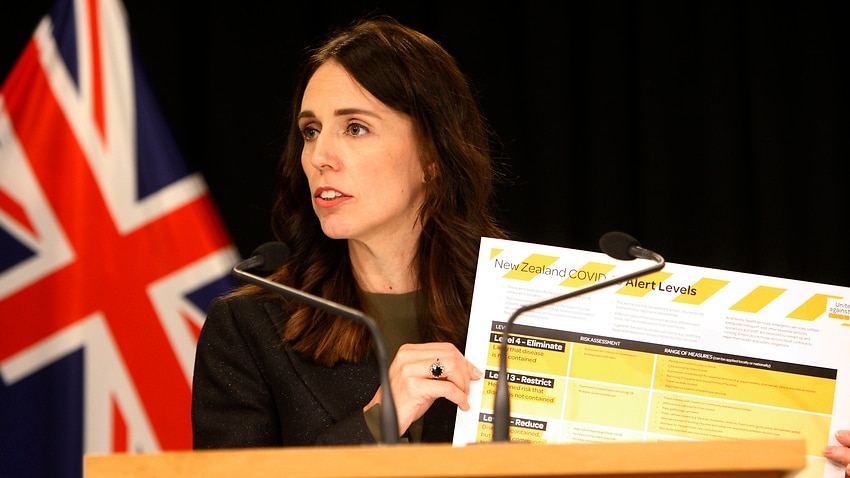 The Australian government has introduced new advice to the 2.17 million people in Australia on temporary visas, which includes 672,000 people on the New Zealand-specific 444 visa.

But others in casual, insecure work or without jobs find themselves without support.

Ms Ardern, who in February criticised Prime Minister Scott Morrison for deporting criminals to New Zealand who held Kiwi passports but did not hold established links to her country, hit out at the Australian government again on Sunday.

"What (Mr Tudge would) do well to remember is that if they wish for Australia to be in a position to gear up in the aftermath of the outbreak, they now need a workforce to do that," she said from Wellington.

"New Zealanders make up that workforce.

"They, on average, earn more and pay more taxes than others. They are a key part of the Australian economy and I would have thought they wouldn't want to be so quick to lose them."

"New Zealanders make up (a portion of Australia's) health workforce and that there are some, for instance, who won't be being kept on (by employers) because they may have been involved in contractual arrangement and the health workforce and in elective services," she said.

"That, I would have thought again, would be a workforce that they would wish to keep."

The 203,000 international tourists currently visiting Australia have also been asked to leave the country.

Mr Tudge said the 118,000 people on a working holiday visa - or backpacker visa - should leave if they did not have confidence to sustain themselves for six months, with exemptions made for critical sectors. Those are health, aged and disability care, agriculture, food processing and childcare.

"Temporary visa holders who are unable to support themselves under these arrangements over the next six months are strongly encouraged to return home," Mr Tudge said in a statement on Saturday.

"For these individuals, it’s time to go home, and they should make arrangements as quickly as possible."