Prime Minister Jacinda Ardern and the Labour party have surged to a huge victory in New Zealand's general election.

Ms Ardern's centre-left Labour Party was on track to win almost 50 cent per cent of the vote as results rolled in on Saturday, while the opposition National party, led by Judith Collins, languished under 30 per cent.

With 98 per cent of the votes counted, as of 10pm on Saturday, the Labour Party was on 49 per cent - on track to be the biggest single-party haul inat least 50 years. In her victory speech, Ms Ardern said her second-term government would govern for every New Zealander.

"Tonight, New Zealand has shown the Labour Party its greatest support in at least 50 years," she said, to rapturous applauase at Auckland Town Hall.

"For that I have two words - thank you.

"To those amongst you who may not have supported Labour before - and the results tell me there were a few of you - to you, I say thank you. We will not take your support for granted.

"And I can promise you, we will be a party that governs for every New Zealander." Getting high and the right to die: Polling day in New Zealand is about so much more than Jacinda Ardern

Projections indicate Labour could win more than 60 seats in the 120-member parliament, meaning it could govern with a majority for the first time since the country adopted mixed-member proportional voting in 1996.

Ms Collins took to the stage in Auckland to concede defeat with just over 70 per cent of votes counted.

While she congratulated Ms Ardern on the win, she also said the government would need to do better to navigate the economic wreckage of the coronavirus crisis.

"To Prime Minister Jacinda Ardern, who I have phoned, congratulations on your result. Which has been an outstanding result," Ms Collins said.

"National will re-emerge from this loss a stronger, disciplined and more connected party," she said. "I promise you, the National Party will be a robust opposition.

"And I say to everybody, we will be back. Tonight is the start of the next campaign. Bring on 2023." 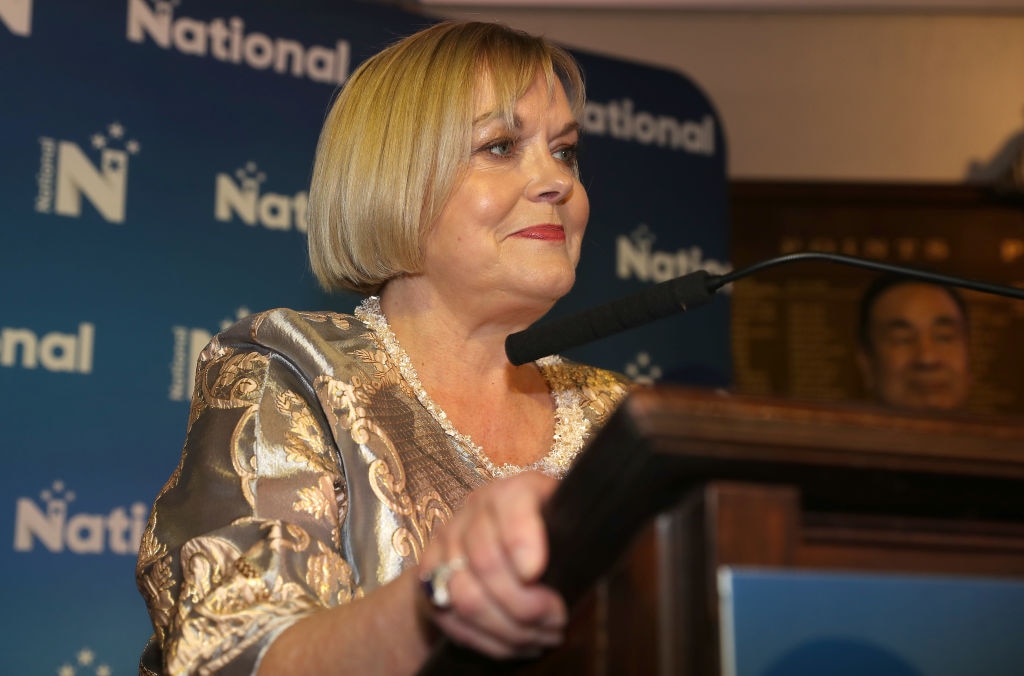 Almost two million Kiwis, or slightly under two-thirds of the electorate, cast their ballots prior to the 17 October election, allowing the Electoral Commission to count votes quickly on Saturday night.

Labour entered the evening with a 15-point lead in the polls, and quickly outperformed expectations as early results trickled in.

Labour continued to take a lead in a number of previously blue strongholds - some party strategists never expected to claim. Deputy National Leader Gerry Brownlee is on track to lose his blue-ribbon seat of Illam, a region the party has held onto since 1946. Minor parties the Greens and ACT were on track to secure increased representations in Wellington, while New Zealand First looked set to miss parliament.

The Greens are on 7.5 per cent, and boast a narrow lead in Auckland Central.

Right-wing libertarians ACT are on eight per cent - a huge gain from 0.5 per cent at the last election - while New Zealand First is at 2.6 per cent, a figure which would spell the end of leader Winston Peters' political career.

The Maori Party is also on track to re-enter parliament after a three-year hiatus after winning the seat of Waiariki.

Kiwis also voted in two referenda on Saturday - to legalise cannabis and, separately, euthanasia - but these results won't be confirmed until next month.

Prime Minister Scott Morrison and Labor MP Tanya Plibersek are among the Australian politicians to congratulate Ms Arden, with the latter saying she thinks people across the world want to see more politicians like her.

'A whole lot of pain': Dr Anthony Fauci has a grim warning for the US about its coronavirus spread

At least 140 migrants bound for Europe have drowned off the coast of Senegal, the UN says