Independent Senator Jacqui Lambie is refusing to speculate on any possible demands she requires before supporting the repeal of medevac. 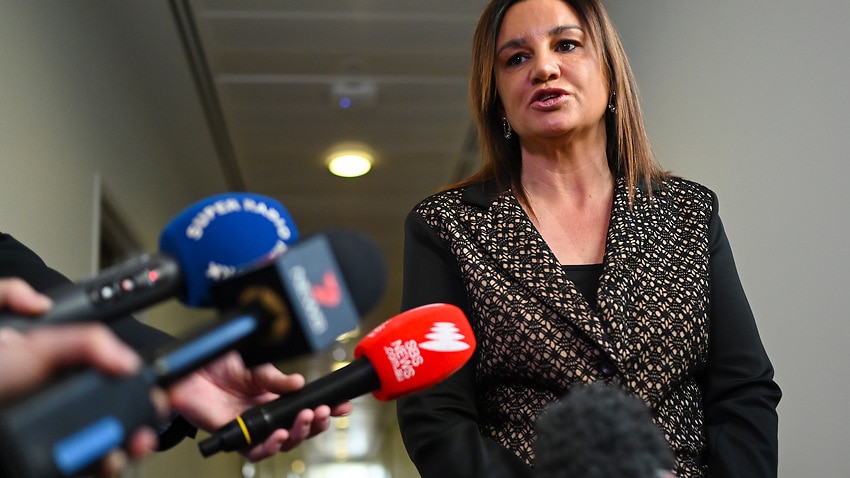 Tasmanian independent Senator Jacqui Lambie has come under the pressure of lobbyists and refugee advocates as the government needs her vote to succeed in its push to repeal the so-called medevac laws in parliament's upper house.

The legislation was passed against the government's wishes in February. Since that time, nearly 180 asylum seekers have been transferred to Australia for medical treatment under the laws.

Read More
As the medevac vote looms, this asylum seeker in PNG has made a late plea to Jacqui Lambie

On Wednesday afternoon, Senator Lambie revealed she had demanded one condition from the government in exchange for her support for the repeal of the medevac laws. She did not outline the details of her ultimatum.

The Senator has described the condition as a "sensible, reasonable proposition" that was developed after extensive consultation.

She said the request recognised the government's concern with "the way that medevac is functioning."

I’ve had 10 journo’s put to me unsourced rumours about what I’ve proposed to the Govt - but I can’t comment on any. Only 3 offices know the condition - mine, the PM’s & the Minister. Everyone else is just speculating. #auspol

Sources who have been involved in Senator Lambie's negotiations say they outlined the option of third-country resettlement in New Zealand.

Nine Entertainment's Sydney Morning Herald reported Thursday morning that the move was proposed as a way of settling "as many" asylum seekers as possible who have been detained under Australia's offshore detention policy.

Around 263 refugees and asylum seekers are detained on Nauru, with another 221 in Papua New Guinea.

A further 642 have been resettled in the US under a 2016 deal between former leaders Barack Obama and Malcolm Turnbull. Australia agreed to resettle Central American refugees in Costa Rica camps in exchange for the US resettling up to 1250 refugees detained on Nauru or Papua New Guinea.

Home Affairs Minister Peter Dutton said in July said Australia would consider accepting the offer on the condition that it did not incentivise people to take part in people smuggling boat operations.

"Boat turnbacks work. The promise that nobody who illegally comes by boat will ever be resettled in Australia is an important one," she said.

"I support the government's position on Operation Sovereign Borders. I do not believe this position is undermined by the presence of medevac."

More than 4500 doctors signed an open letter on Wednesday urging Ms Lambie to vote to save the medevac laws.

“I think Jacqui can support the bill,” he told Sydney radio 2GB.

"There’s one that has very clearly been available for some time, in New Zealand. And that would resolve the issue because no one would need to be transferred to anywhere from Nauru or Manus because there wouldn’t be people on there."