Almost two weeks after more than 150,000 people descended on Jakarta to call for his immediate jailing, the capital's governor has defended himself in court.

Jakarta's governor has launched an emotional defence on the first day of his blasphemy trial, denying he insulted Islam and accusing some politicians of hiding behind a Koranic verse.

Almost two weeks after more than 150,000 people descended on Indonesia's capital calling for his immediate jailing, Basuki Tjahaja Purnama - commonly referred to as Ahok - faced court in North Jakarta and read out a long statement in his defence.

Stopping at numerous points to wipe his face, Ahok, who is a Christian, became emotional as he described how it has felt being accused of blasphemy.

The "foster family" who looked after him while he went to university in Jakarta was Muslim, he said. 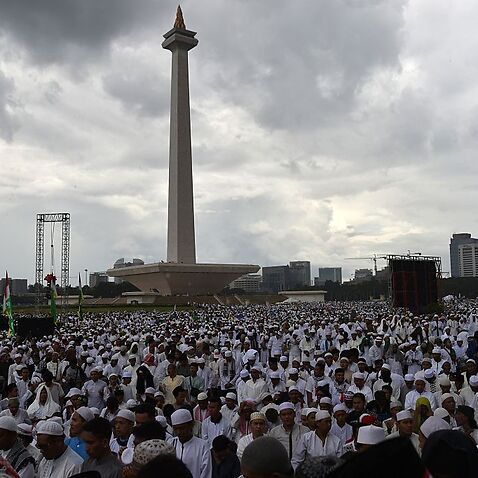 "I'm very sad that I'm accused of blasphemy. It feels the same like insulting my own foster family whom I care so much for and who love me so much," he told the court on Tuesday, at the opening of his trial.

Throughout his career, he said he had helped develop mosques and had given around 2.5 per cent of his earnings in Islamic donations.

Prosecutor Ali Mukartono said Ahok had insulted Islam and committed blasphemy when, on September 27, he spoke to a fisheries event in the Thousand Islands off the coast of Jakarta and referred to the Koranic verse - Al Maidah 51. Ahok had described how Al Maidah 51 had been used to "fool" people into not voting for him - with some saying it forbids people to take a Christian as a leader.

Ahok, however, argued it was clear that what he said was not intended to interpret the verse or insult Islam.

Instead, he told the court, he was referring to some politicians who manipulated the verse because they didn't want to "compete" in healthy election competition.

"They tried to to take shelter behind holy verses," he added.

One of his lawyers urged the judges to ensure the legal system upheld justice, and "protects and resolves". 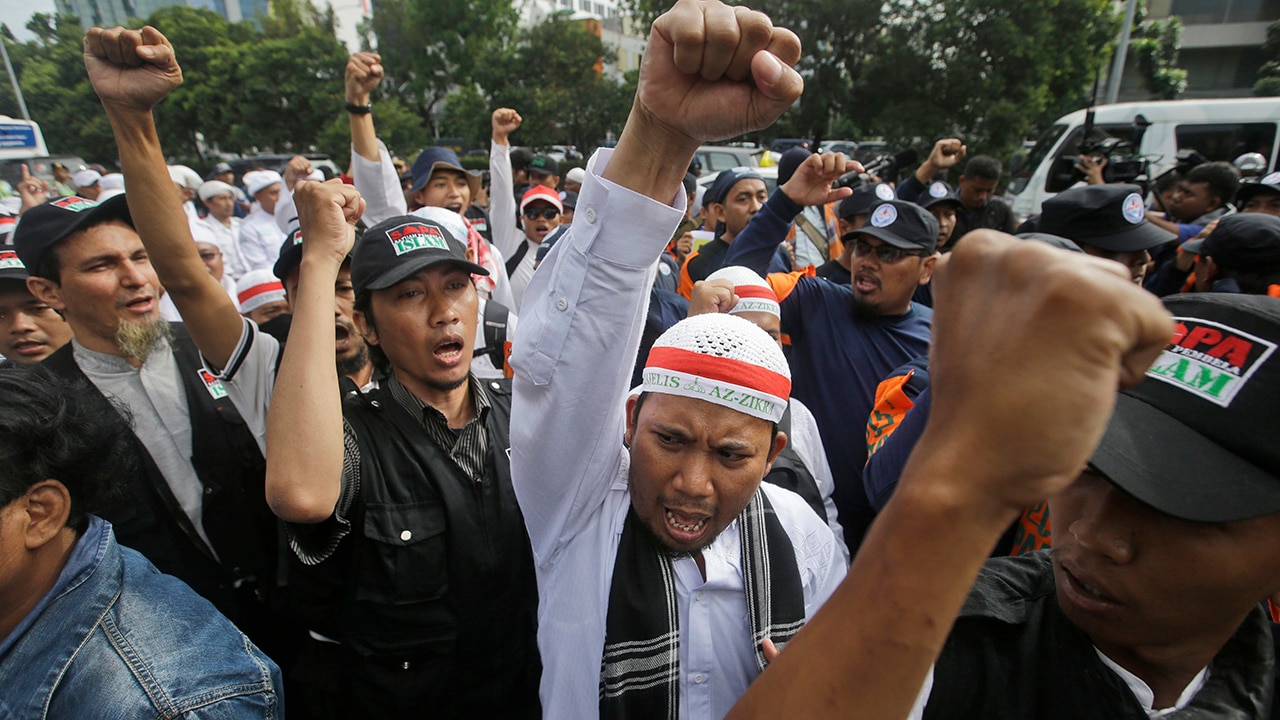 Muslim protesters shout slogans during a rally outside the court where the trial hearing of Jakarta Governor "Ahok" Dec. 13, 2016. (AAP)
AAP

The court case comes as Ahok is locked in a three-way battle ahead of the gubernatorial elections in February.

One of his competitors is Agus Harimurti Yudhoyono - the son of former Indonesian President Susilo Bambang Yudhoyono.

"Ahok is not an Islam hater, it's very ironic that now we see a court which has been forced by the mob," one of Ahok's lawyers, Sirra Prayuna told the court.

Outside court dozens of anti-Ahok protesters gathered, calling for the governor's immediate jailing.

The charge of blasphemy carries with it a maximum term of five years.

The trial has adjourned until December 20. 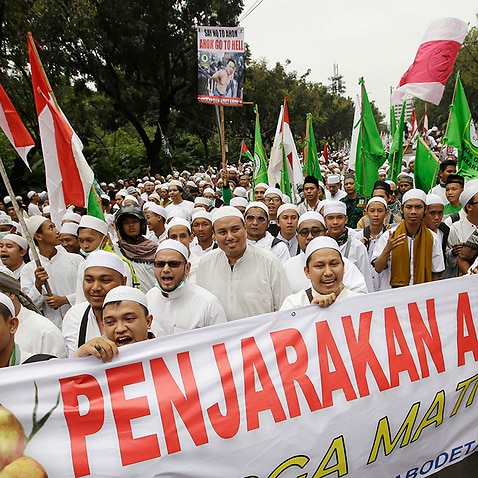