The Gambia's exiled strongman Yahya Jammeh plundered the state coffers and stole millions of dollars in his final weeks in power, an aide to new President Adama Barrow said on Sunday.

Jammeh flew out of The Gambia on Saturday, ending 22 years at the helm of the tiny west African nation, and headed for Equatorial Guinea where he is expected to settle with his family.

A West African military force entered the country Sunday -- greeted by cheers from relieved residents -- to provide security to allow Barrow, who has been in neighbouring Senegal for more than a week, to return to Banjul and take power. 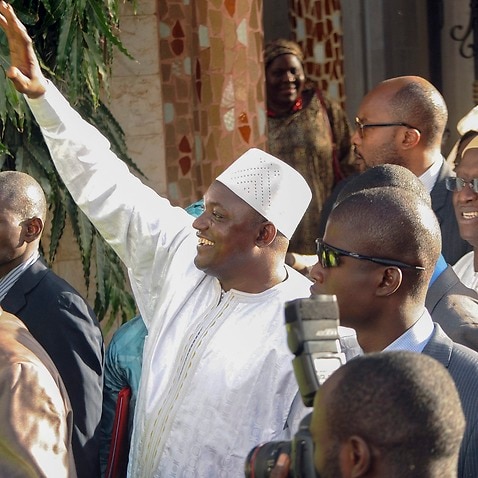 But amid growing controversy over the assurances offered to Jammeh to guarantee his departure, aide Mai Fatty said the new administration had discovered that some $11 million had recently been stolen.

"The coffers are largely empty," he said.

"Over two weeks, over 500 million dalasi (US$11 million) were withdrawn" by Jammeh, he said. "As we take over, the government of The Gambia is in financial distress."

Following Barrow's win in the December 1 election, Jammeh refused to step down, triggering weeks of uncertainty that almost ended in a full military intervention.

Jammeh slunk off in the dead of night from The Gambia's capital Banjul in the early hours of Sunday on an unmarked plane alongside Guinea-Conakry's President Alpha Conde.

He left behind a small minority of diehard supporters, some of whom wept as his plane departed.

Barrow is eager to return "as soon as possible", Mai Fatty said, warning however, that "the state of security in The Gambia is still fragile." 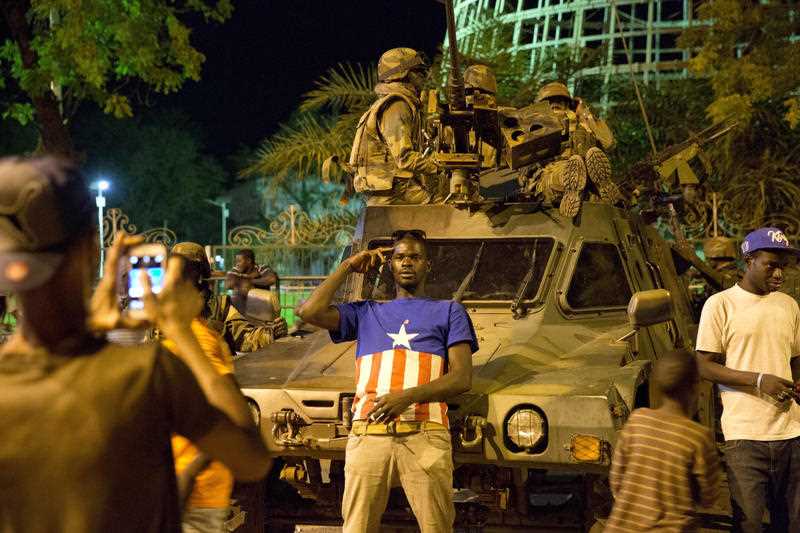 People pose as ECOWAS Senegalese troops secure the area near to the state house in the Gambian capital Banjul.
AP

On Sunday, "additional forces crossed into The Gambia to beef up the numbers already on the ground," Barrow said, according to a statement read out by Mai Fatty.

Mai Fatty said that the new administration wanted the Economic Community of West African States (ECOWAS) forces to stay in The Gambia because they were "absolutely required."

"We want their mandate to be extended," he said, adding that Barrow was waiting for assurances of loyalty from the security forces, including the police and the army.

Jammeh personally controlled certain sections of the security forces, and his long tenure was marked by systematic rights abuses, including extrajudicial killings, torture, and arbitrary detention.

Critics have raised concerns over the wording of a statement issued by the UN, ECOWAS and the African Union that seemed to offer Jammeh comfortable guarantees for his future, but experts told AFP the document was not legally binding.

The first priority for the new government will be to ensure the safe return of tens of thousands of people who have fled in recent weeks fearing a bloody end to the crisis.

The crisis had also sparked the exodus of thousands of foreign visitors, dealing a potentially devastating blow to a country which earns up to 20 percent of its income from tourism. 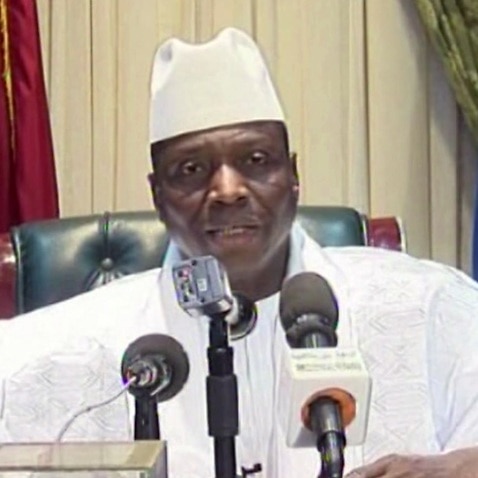 The Gambia's Jammeh leaves country after trying to cling to power Gambia's Jammeh steps down as leader West African leaders head to The Gambia on mediation mission