Australia's unemployment rate reached a six-year low in September, with the coalition crediting its economic agenda for the achievement. 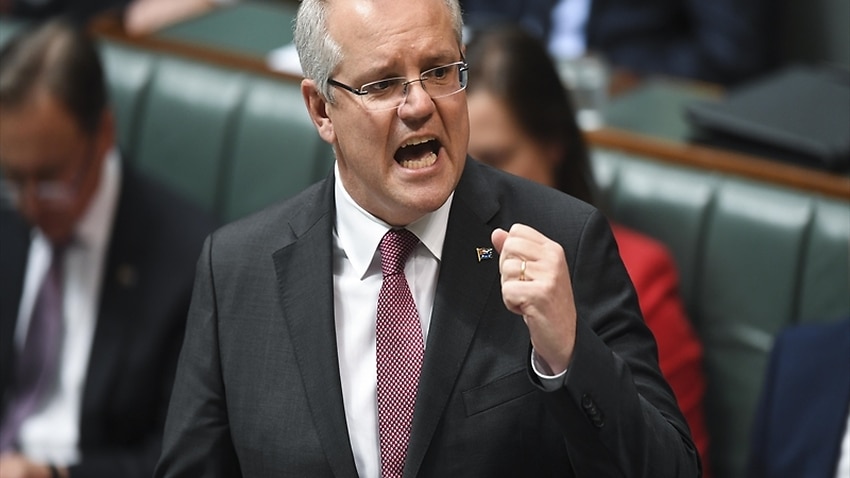 Scott Morrison is keen to talk up job figures as something that matters outside the Canberra bubble. (AAP)

Australia's unemployment rate has hit a six-year low because the federal government is focused on what matters and not the "Canberra bubble", Prime Minister Scott Morrison has declared.

"This is what we want to talk about because this matters," Mr Morrison told parliament of the jobs data on Thursday.

"This makes a difference outside the Canberra bubble."

He said the coalition's support of small and medium-sized businesses has contributed to the milestone.

"We are able to deliver because we're getting things done, because we are focusing on making our economy strong."

The latest figures by the Australian Bureau of Statistics put the jobless rate at five per cent in September, on a seasonally adjusted basis, down 0.3 percentage points on the previous month.

That was better than what economists had expected, with the consensus being that the rate would remain unchanged at 5.3 per cent.

The last time the unemployment rate was this low was April 2012 and the last time it was lower was June 2011's 4.9 per cent.

But the latest data hasn't been all good news, with fewer people in part-time work pushing down the participation rate.

The overall number of people with a job increased by 5600 on seasonally adjusted estimates but the participation rate dipped 0.3 per cent from August to 65.4 per cent.

Treasurer Josh Frydenberg said the numbers were a cause to celebrate nonetheless, with the participation rate "strong".

Mr Frydenberg said he would like to see wages grow faster but he said the Reserve Bank expected real wages to increase over time.