The incoming president revealed his picks on Monday for secretary of state, national security advisor, secretary of homeland security, and other top administration posts.

US President-elect Joe Biden has introduced a seasoned national security team he said was prepared to resume US leadership of the world after the departure of President Donald Trump.

"It's a team that will keep our country and our people safe and secure," Mr Biden said, introducing his picks for secretary of state, national security advisor, intelligence chief, and other key cabinet jobs

"It's a team that reflects the fact that America is back. Ready to lead the world, not retreat from it." 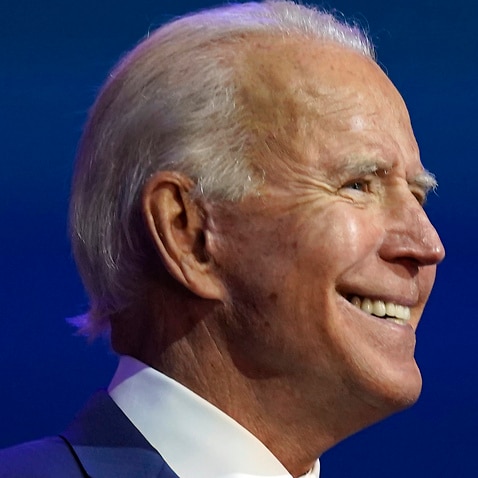 The green-lighting of the transition came after Michigan certified a Biden victory on Monday and more members of Mr Trump's Republican Party came out demanding the impasse end.

Mr Biden, 78, revealed his picks on Monday for secretary of state, national security advisor, secretary of homeland security, and other top administration posts.

Shortly before the Biden event was to begin, Mr Trump appeared in the White House briefing room to make brief unscheduled remarks. 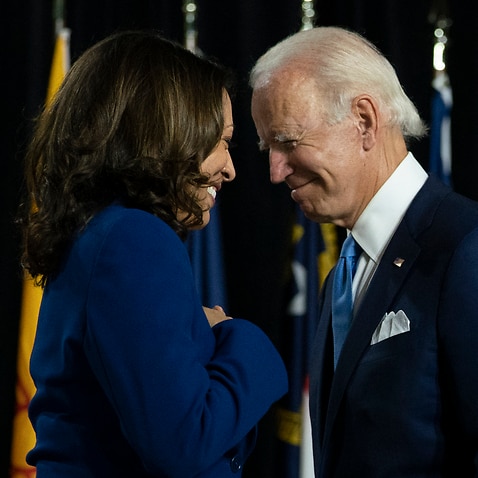 Mr Trump, who has made few public appearances since his election defeat, touted the Dow Jones Industrial Average surging past the 30,000-point level for the first time ever.

"Despite everything that's taken place with the pandemic, I'm very thrilled with what's happened on the vaccine front, that's been absolutely incredible," Mr Trump said.

Mr Trump, who is scheduled to attend a traditional Thanksgiving turkey-pardoning event at the White House later in the day, left without responding to shouted questions from reporters.

Mr Biden's public unveiling of his nominees comes after Mr Trump signed off on the start of the White House transition while still refusing to concede the November 3 election.

The outgoing president acknowledged on Monday it was time for the General Services Administration (GSA) to unblock funding for the Biden transition team.

Mr Trump, 74, continued to insist, however, that he would ultimately be declared the winner of the election despite having failed to present any credible evidence of fraud and suffering a string of humiliating defeats in court.

"Our case STRONGLY continues, we will keep up the good fight, and I believe we will prevail!" he tweeted late Monday.

Mr Trump continued in the same defiant vein on Tuesday.

Remember, the GSA has been terrific, and Emily Murphy has done a great job, but the GSA does not determine who the next President of the United States will be.

He also retweeted a picture of himself in the Oval Office with the caption: "I concede NOTHING!!!!!"

The GSA determination that Mr Biden is the apparent winner gives the president-elect access to classified briefings on national security threats and will allow his top aides to coordinate with federal health officials on addressing the worsening Covid-19 pandemic.

Unveiling the cabinet selections, the Biden team said they were "experienced, crisis-tested leaders who are ready to hit the ground running on day one."

They will begin "working immediately" to address the defining challenges of our time -- from infectious disease to terrorism, nuclear proliferation, cyber threats and climate change," it said. 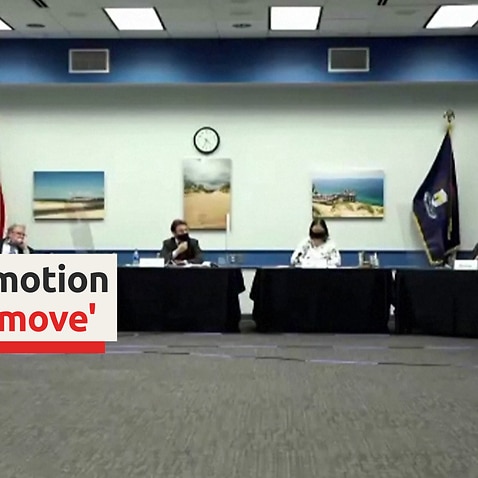 Michigan certifies results of US presidential election for Joe Biden

The slate unveiled by Mr Biden includes veterans of the Barack Obama administration and signals a return to traditional US diplomacy.

Former State Department number two Antony Blinken was tapped to be secretary of state while Jake Sullivan, who advised Biden when he was vice president under Mr Obama, was nominated to be national security advisor.

Mr Biden named the first woman, Avril Haines, as director of national intelligence, and Cuban-born Alejandro Mayorkas to head the Department of Homeland Security, whose policing of tough immigration restrictions under Mr Trump was a frequent source of controversy.

Following through on his campaign promise to raise the profile of global warming threats, Mr Biden named former secretary of state John Kerry as a new special envoy on climate issues.

Mr Blinken is expected to spearhead a dismantling of Mr Trump's "America First" policies, including rejoining the Paris climate agreement and the World Health Organisation and resurrecting the Obama-crafted Iran nuclear deal.

Career diplomat Linda Thomas-Greenfield was nominated to be UN ambassador while former Federal Reserve chairwoman Janet Yellen is expected to be named Treasury Secretary, the first woman to hold the job. 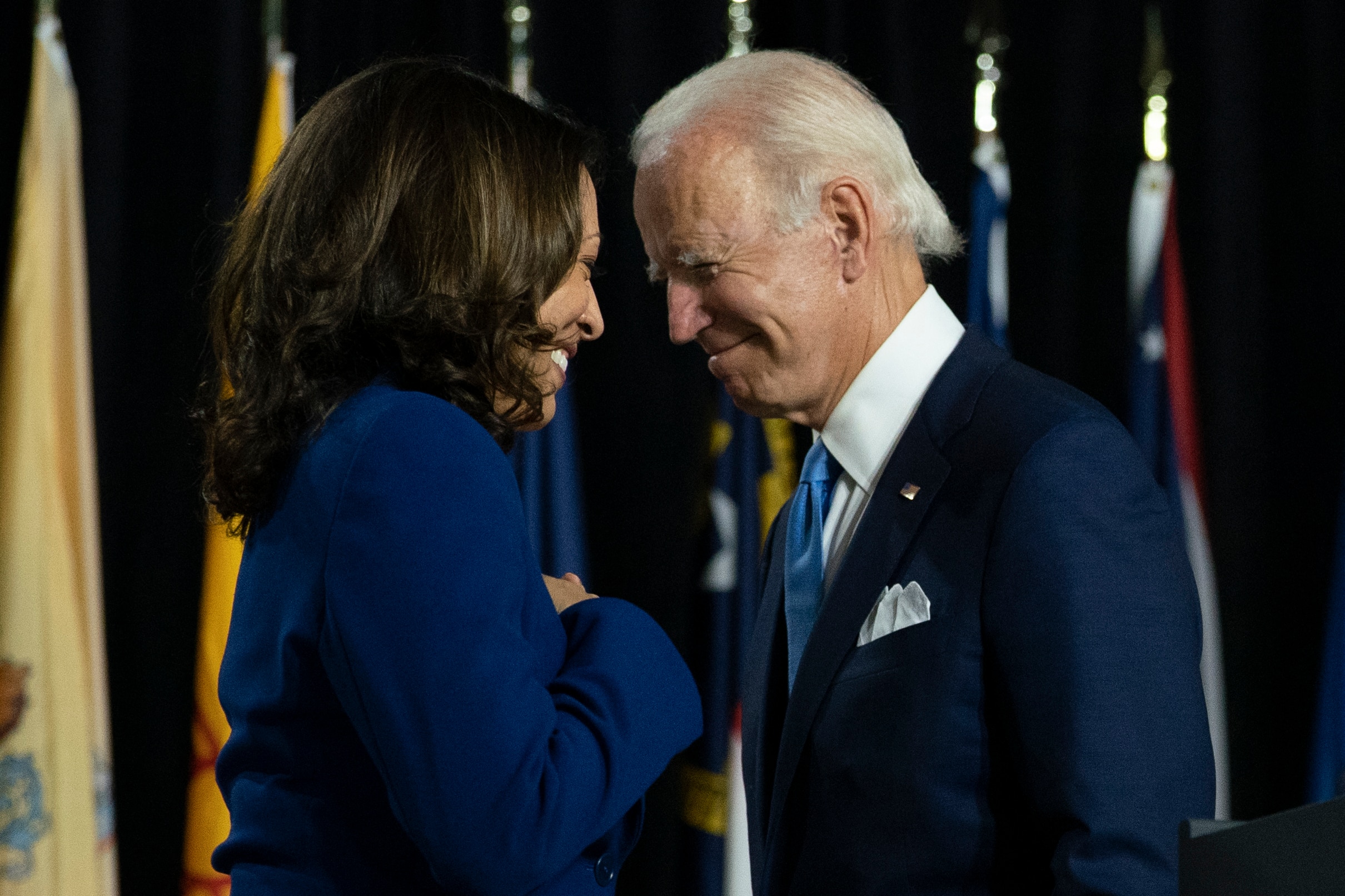 The government body that oversees presidential transitions has informed Joe Biden that the process can formally begin.
AP

With Mr Biden having won a comfortable victory, Mr Trump's last card is to try to disrupt the normally routine process of state-by-state certification of results.

Like it has elsewhere, that effort failed in Michigan on Monday and in Pennsylvania on Tuesday, and there appears to be little Mr Trump can do to prevent the Electoral College from meeting on December 14 to certify Mr Biden's victory.

Mr Biden received 306 votes to Trump's 232 in the Electoral College that determines the White House winner.