The US Senate has voted to approve a coronavirus relief package, capping hours of debate, frenzied negotiations and a marathon overnight voting session.

"I promised the American people help was on the way. Today, I can say we've taken one more giant step forward in delivering on that promise," Mr Biden said after the plan was approved along strict party lines. 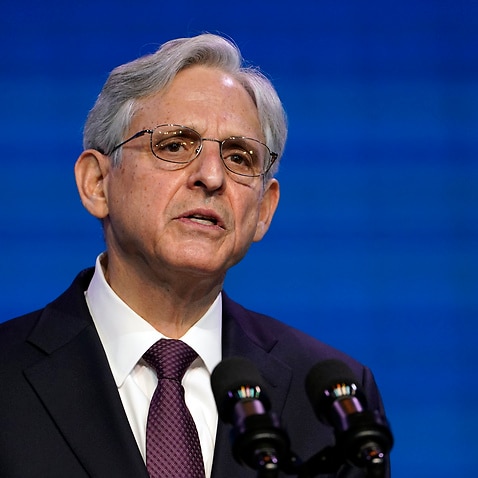 "It obviously wasn't easy. It wasn't always pretty. But it was so desperately needed, urgently needed," he said of the plan - which now heads back to the Democratic-led House of Representatives.

Passed by 50 votes to 49 in a party line vote, the sweeping legislation now heads back to the Democratic-majority House of Representatives, where it is expected to be adopted barring a last-minute setback.

Even without the progressive priority of a minimum wage increase to $15 USD an hour, the stimulus bill marks a victory for Mr Biden's Democrats as they put their stamp on the recovery from a pandemic that has killed over 500,000 in the United States and hobbled its economy.

"It's been a long day, a long night, a long year, but a new day has come and we tell the American people help is on the way," said top Senate Democrat Chuck Schumer ahead of the vote.

"This bill will deliver more help to more people than anything the federal government has done in decades."

The legislation would send out $1,400 stimulus checks to most Americans and allocates $350 billion to state and local governments and $130 billion USD to schools.

Senate action was paralyzed for more than 10 hours Friday as Democrats scrambled to retain the support of the party's most conservative senator, Joe Manchin, who balked at the scale of jobless benefits.

It took a call from Mr Biden himself and a reduction in supplemental weekly unemployment insurance from $400 to $300 USD, among other tweaks, to prevent Manchin from defecting to the Republicans.

"This agreement allows us to move forward on the urgently needed American Rescue Plan," White House spokeswoman Jen Psaki said of the compromise.

The Manchin drama served to highlight the growing political muscle of moderates in a deadlocked Senate, where a single swing vote could make or break major legislation. Mr Biden already had to compromise with Democrats urging more fiscal restraint, reportedly agreeing to a narrowing of the income limit for families receiving stimulus checks.

Over a rapid-fire but lengthy series known as a "vote-a-rama", bleary-eyed senators acted on dozen of amendments, mostly Republican proposals that failed but which forced rival Democrats into casting politically-fraught votes.

Republicans are united in opposition to the bill, which they frame as a bloated ideological wishlist for Democrats.

Senate Minority Leader Mitch McConnell has decried it as "a parade of left-wing projects" and said "our country's already set for a roaring recovery."

The breakthrough on the bill came against a backdrop of strong US economic data signaling that the world's largest economy may finally be healing.

They included better-than-expected hiring in February as businesses battered by the pandemic began recruiting again.

The vast majority of the job gains were in the leisure and hospitality sector, which was devastated in the pandemic's early months, the Labor Department reported.

Yet the economy was still short 9.5 million jobs compared with February 2020, before the pandemic began.

Mr Biden said the data underscored the need for lawmakers to approve his aid plan, and his economic advisers said the current pace of job gains meant it would take two years to recover to pre-pandemic levels.

Mr Biden's proposal is the third major stimulus package aimed at helping the US economy weather the coronavirus crisis.

"We can't go one step forward and two steps backward," Mr Biden said at the White House Friday. "The rescue plan is absolutely essential to turning this around."