The US President-elect’s picks are said to signal a return to traditional diplomacy and a shift away from Donald Trump’s ‘America-first’ approach.

Joe Biden has announced his picks for several top roles in his cabinet, as the Trump administration clears the way for him to transition to the White House.

The US President-elect on Monday (local time) revealed the first six members of his national security and foreign policy team ahead of a formal announcement on Tuesday, including the first female head of intelligence and an envoy for climate issues.

Almost all of Mr Biden's picks so far are alumni of the Obama administration. They are seen as the President-elect’s biggest signal yet of his intention to return to a more traditional approach to diplomacy, and away from Donald Trump’s ‘America-first’ approach.

Today, I’m announcing the first members of my national security and foreign policy team. They will rally the world to take on our challenges like no other—challenges that no one nation can face alone.

It’s time to restore American leadership. I trust this group to do just that. pic.twitter.com/uKE5JG45Ts

Mr Biden’s picks for national security and foreign policy also hold firm his long-held intention to run with a team that reflects the American population, with several historic appointments.

“Their accomplishments in diplomacy are unmatched, but they also reflect the idea that we cannot meet the profound challenges of this new moment with old thinking and unchanged habits - or without diversity of background and perspective,” Mr Biden said. 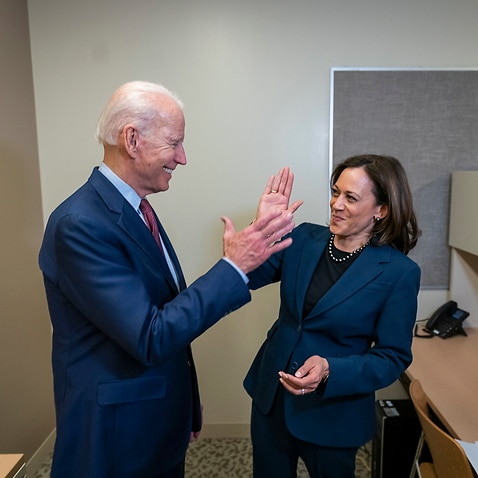 On Joe Biden's transition team, women are in the majority and almost half are people of colour

Avril Haines has been nominated to serve as director of national intelligence. She will be the first woman in that role if confirmed by the Senate.

Her career in intelligence has spanned decades, including working with Mr Biden in various roles when he served as vice-president under Barack Obama.

Ms Haines was the deputy director of the Central Intelligence Agency between 2013 and 2014. She was the first woman to hold that position.

She has also led the Biden transition’s national security and foreign policy team since June this year. 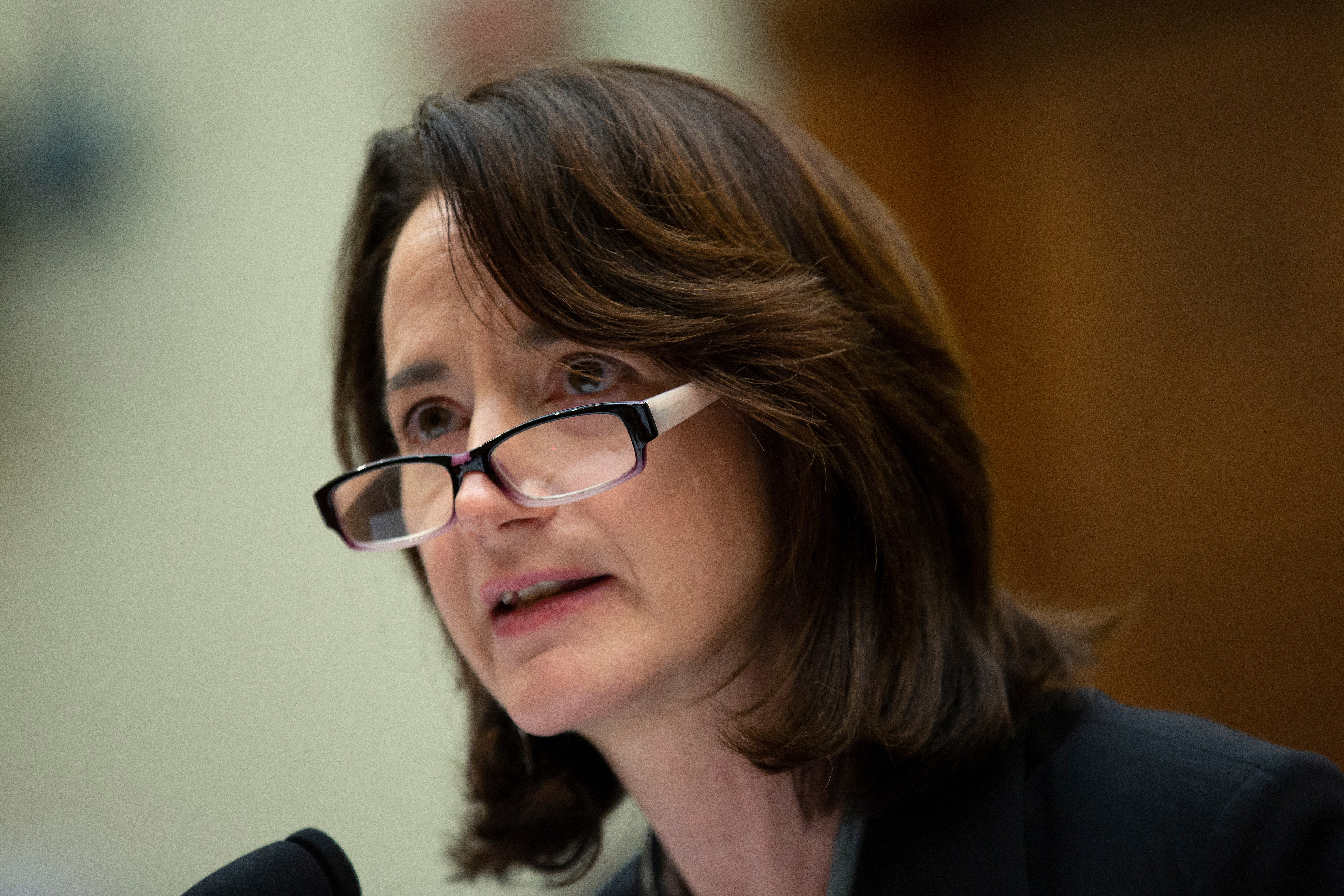 Avril Haines has been tapped to serve as director of national intelligence.
Stefani Reynolds - CNP/Sipa USA

Alejandro Maryorkas has been nominated to serve as secretary of the Department of Homeland Security - an agency responsible for tough immigration restrictions under Mr Trump that became a source of controversy.

The role has never been held by a Latino or immigrant before.

Mr Maryorkas, who is Cuban-born, was the deputy secretary of the Department of Homeland Security during the Obama administration and was previously the director of US Citizenship and Immigration Services.

He started his 30-year long career in the Department of Justice, where he has worked as a federal prosecutor and an attorney. Alejandro Maryorkas will be the first Latino and immigrant nominated to serve as secretary of the Department of Homeland Security.
Biden-Harris transition website

He will also sit on the National Security Council, marking the first time the council will include an official dedicated to climate change.

The appointment signals Mr Biden's promise to raise the profile of the threat of climate change.

Mr Kerry was known for making climate change one of his top priorities while serving as Mr Obama’s secretary of state. He was a key architect of the Paris Climate Accord, which Mr Biden has vowed to rejoin. 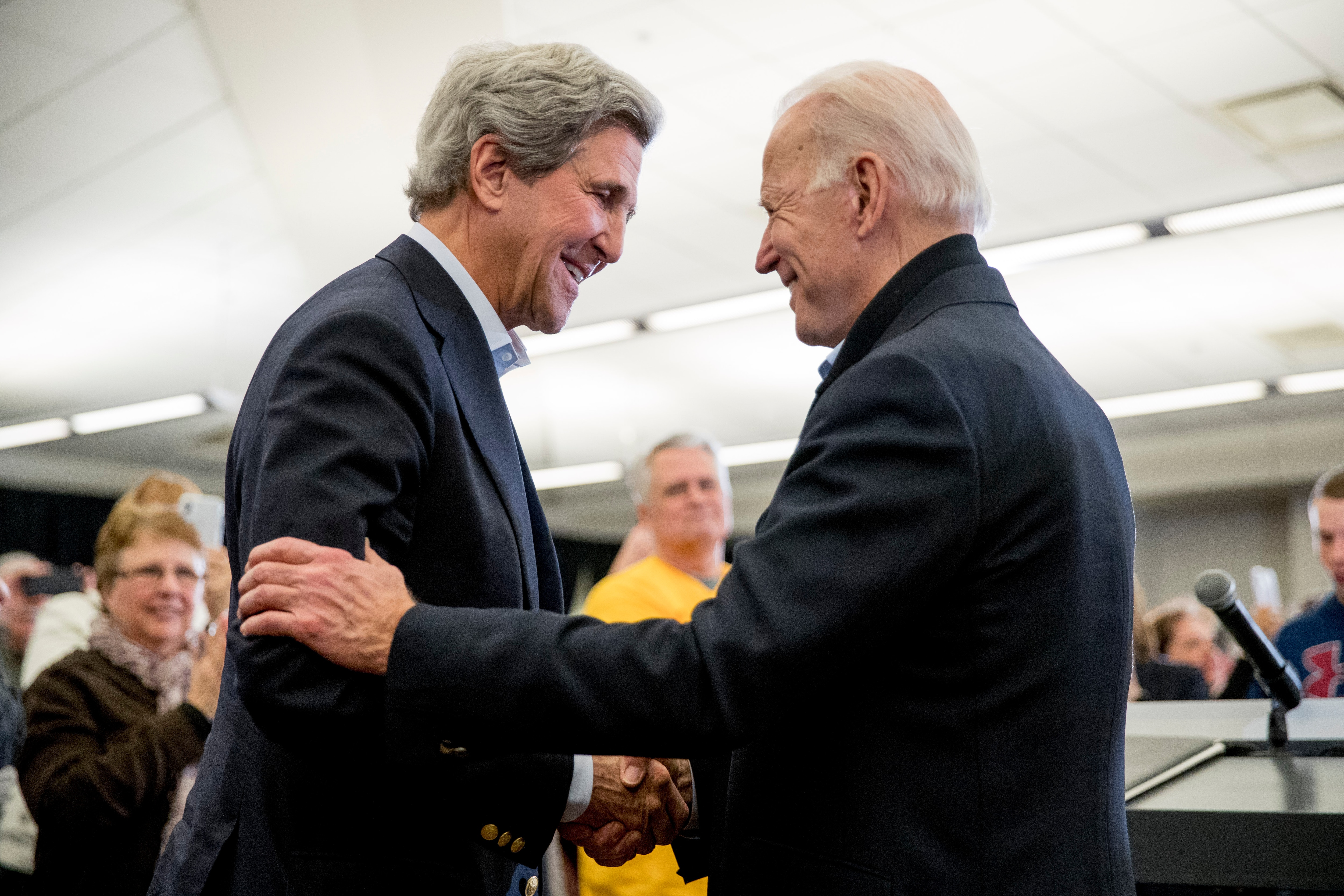 Who else has been named so far?

Mr Biden has tapped his long-time adviser Antony Blinken to be his secretary of state.

Mr Blinken has previously held top foreign affairs posts on Capitol Hill, in the White House and in the State Department.

He is expected to spearhead a fast-paced dismantling of Mr Trump's 'America first' policies, including by rejoining the Paris agreement and the World Health Organization, plus resurrecting the Iran nuclear deal.

Jake Sullivan, an adviser of Mr Biden's during his vice-presidency, has been nominated to be the new national security adviser.

In a further message of the US’ re-engagement with the international community, Mr Biden named Linda Thomas-Greenfield as the US ambassador to the United Nations. Linda Thomas-Greenfield speaks at an event in December 2016.
EPA/AAP

She has a decades-long career in the US foreign service, serving as the US ambassador to Liberia and later as the US assistant secretary of state for African affairs during the second term of the Obama administration.

The picks underline an emphasis on professionals whom Mr Biden already knows well, in contrast to the Trump White House, where officials were often picked without having traditional background for the job.