Joe Biden wins the US presidential election after triumph in Pennsylvania 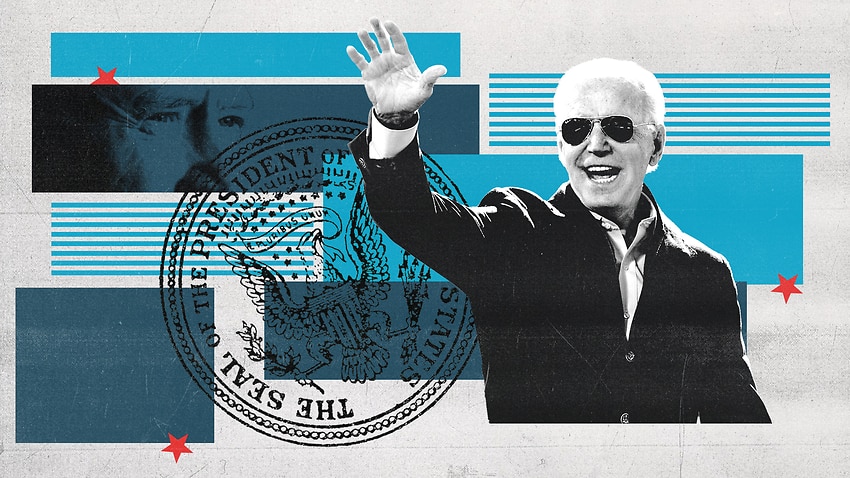 Joe Biden has won the US Presidency. Source: SBS News

The crucial battleground state of Pennsylvania was called for the 77-year-old challenger overnight in Australia, handing him 20 electoral college votes and the presidency four days after the election.

Shortly after, he was also projected to win Nevada, giving him a total of 279 electoral college votes.

New York City erupts in celebration of Joe Biden's win as 46th US President at the Times Square in New York on 7 November. Source: Anadolu/Getty

But the historic victory comes after a closely fought and bitterly disputed election campaign, in which incumbent President Trump seems unwilling to concede defeat.

In a statement following the result, Mr Trump claimed Mr Biden was "rushing to falsely pose as the winner", repeating his unfounded allegations of widespread electoral fraud and misconduct.

"The simple fact is this election is far from over," he said.

"Joe Biden has not been certified as the winner of any states, let alone any of the highly contested states headed for mandatory recounts, or states where our campaign has valid and legitimate legal challenges that could determine the ultimate victor."

The Trump campaign has launched a series of legal challenges since counting began and Mr Biden started to inch ahead in a number of key states.

"In Pennsylvania, for example, our legal observers were not permitted meaningful access to watch the counting process. Legal votes decide who is president, not the news media," Mr Trump's statement continued.

It is tradition for the losing candidate to call the president-elect and concede defeat, before the victory speech goes ahead. As of Sunday morning, it is understood Mr Trump has not rung the 77-year-old, even as Mr Biden plans to address the nation at midday (AEST).

A Trump supporter looks on outside the Pennsylvania Convention Cent after Joe Biden was declared winner of the 2020 presidential election. Source: AFP

As counting continued over four days, Mr Biden repeatedly assured the public that he was on track to win the White House but called for every vote to be counted.

Less than one percentage point separates the candidates in a number of deciding states which will likely undergo recounts.

But Mr Biden took an optimistic tone as he released his first statement following the result, stating it is "time for American to unite and to heal".

"In the face of unprecedented obstacles, a record number of Americans voted. Proving once again, that democracy beats deep in the heart of America," he said.

"With the campaign over, it’s time to put the anger and the harsh rhetoric behind us and come together as a nation."

Read More
Who is Joe Biden? Here's what you need to know about the next US president

His running mate Kamala Harris will become the first woman Vice President of the United States.