Australia's unemployment rate fell to 4.9 per cent in June, its lowest level since December 2010, as another 29,100 people joined the workforce. 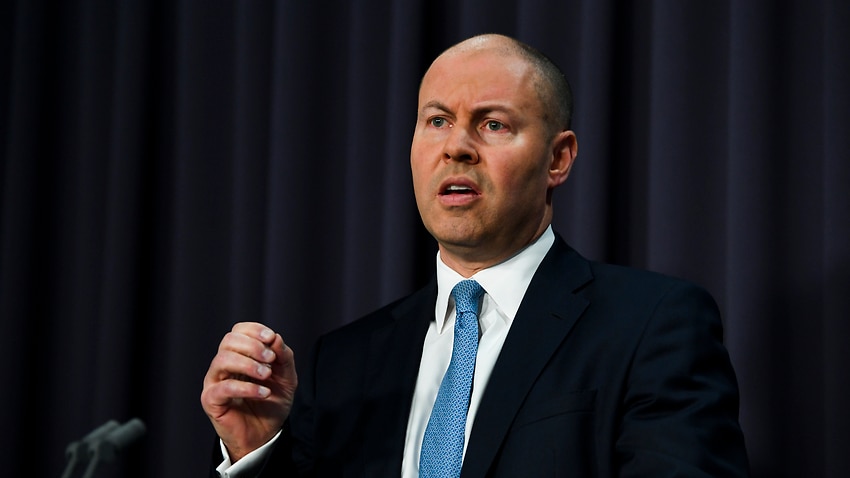 Treasurer Josh Frydenberg says Australia's reconomy is 'resilient' as the nation recorded its lowest unemployment rate in more than a decade. Source: AAP

Treasurer Josh Frydenberg says a fall in the unemployment rate below five per cent is a further sign of the economy's strength and resilience in the face of virus lockdowns.

The jobless rate dropped to 4.9 per cent per cent in June from 5.1 per cent previously, which the Australian Bureau of Statistics says is the eighth consecutive monthly fall and is now the lowest since December 2010.

The decline came as 29,100 people joined the workforce in June.

Full-time employment jumped by 51,600 in the month, but was partly offset by a 22,500 decline in part-time workers.

The report came just hours before an expected announcement by the Victorian government of another snap shutdown which would leave the nation's two largest cities facing the stiffest restrictions to tackle COVID-19.

Mr Frydenberg says the latest job figures take into account the previous virus lockdown in Melbourne, but not the current shutdown underway in NSW.

"There is still a long way to go to secure our economic recovery," the treasurer told reporters in Melbourne.

"But Australia's economy is resilient, it is strong, and today's job numbers underline that very fact."

But Labor says few Australians will be focusing on last month's unemployment number, worried about the ongoing uncertainty of COVID outbreaks and lockdowns.

"The self-congratulations from the Morrison government today speaks volumes of their attitude towards this pandemic," Labor deputy leader Richard Marles and shadow treasurer Jim Chalmers said in a statement.

"We can't have a first-rate jobs and economic recovery with a third-rate vaccine rollout."

"Next month will be the proof in the pudding as these restrictions start to play out in the data," Mr Dale said.

Reserve Bank governor Philip Lowe wants to see full employment before considering raising the cash rate, which he believes will need to see the jobless rate close to four per cent.

RBC Capital Markets chief economist Su-Lin Ong said the unemployment rate has not been consistently below five per cent since 2008, just prior to the global financial crisis.

However, the RBA had forecast the rate still being 5.25 per cent in June, and five per cent by the end of the year.

"This will give the RBA some comfort as it assesses the likely impact of the current lockdown and changing circumstances," Ms Ong said.

Forward indicators of employment, such as job advertising, remain strong.