However, Scott Morrison insists the government has made no commitment to officially adopt a target of net zero emissions by 2050. 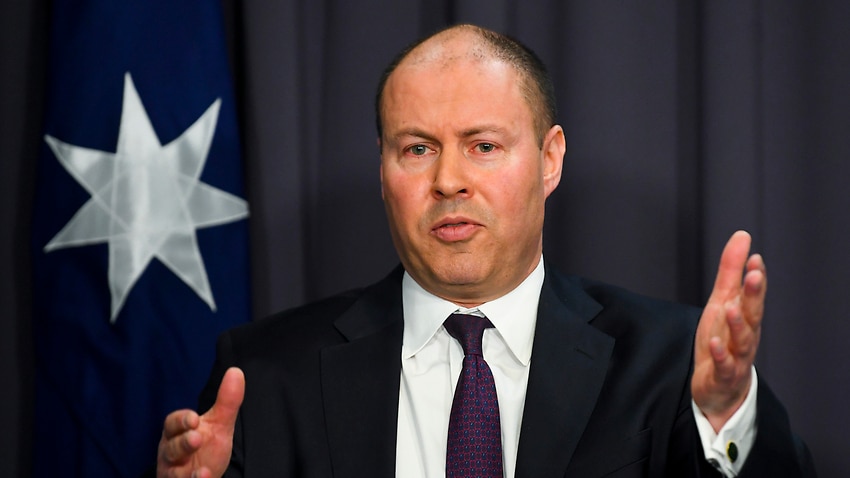 Treasurer Josh Frydenberg has declared it is in Australia's interest to back global climate targets as he makes the economic case for a move towards a 2050 net zero emissions goal.

Prime Minister Scott Morrison insists the government has made no commitments despite mounting expectation the target will be locked ahead of a major conference in November.

Mr Frydenberg made an online speech to major employers on Friday, warning access to capital could be at risk if Australia opposes a shift to a cleaner economy.

Ahead of the address, he said Australia could not afford to be left behind while markets adapted to climate change.

"I certainly see it in our interest, being part of these global agreements. Many countries - over 100 - have agreed to net zero," he told the ABC.

"We're making progress internally in respect to that target."

Mr Morrison was asked if the treasurer's address amounted to the government making a decision to back the 2050 goal.

"If Australia had made such a decision, I would have announced it," he told reporters in Washington DC.

"It's Australia's ambition to move towards and to achieve net zero as soon as possible, and preferably by 2050."

Nationals leader Barnaby Joyce signalled his party's support would be conditional on guarantees of jobs being protected and power prices kept affordable.

"I've got no problems with any plan that does not leave regional areas hurt," he told ABC radio.

Australia has become increasingly isolated over its refusal to adopt a 2050 net zero emissions goal.

While an increasing number of moderate Liberals have urged the prime minister to adopt the target, Nationals and other conservative MPs oppose the move.

Mr Frydenberg said there was no hiding different views among his colleagues.

"But at the same time, people recognise, I think in our team, of the systemic and structural changes taking place," he said.

"One of the reasons we're working through this issue methodically is because Australia doesn't sign up to targets without plans to meet them."

The treasurer also sent a message to banks, super funds and insurers about the need to continue investing in high-emissions sectors like mining, agriculture and manufacturing.

"If you support the objective of net zero, do not walk away from the very sectors of our economy that will need investment to successfully transition," he told the Australian Industry Group.

The treasurer believes it is wrong to assume traditional sectors like resources and farming will face a decline during the economic transition.

"It's a long-term shift, not a short-term shock," he said.

Mr Frydenberg warned reduced access to capital markets could affect interest rates on home and small-business loans, along with the viability of major projects.

"Australia has a lot at stake," he said.

"We cannot run the risk that markets falsely assume we are not transitioning in line with the rest of the world."

Labor's climate and energy spokesperson, Chris Bowen, said Mr Frydenberg did not have the credibility to deliver a convincing net zero message.

"Josh Frydenberg personally intervened to try and get the chief executive of AGL sacked because he dared to invest in renewable energy. When he was energy minister, he wouldn’t commit to net zero by 2050. He was the architect of the failed National Energy Guarantee.

"Yet, now in some sort of bizarre positioning, internally in the Liberal party, he thinks he can be the champion of net zero. Well, he’s got net zero credibility. Josh Frydenberg has net zero credibility when it comes to climate change. He has too often had the chance to act and too often failed."