The US government has been trying for years to extradite the Australian to face trial on espionage and hacking charges. 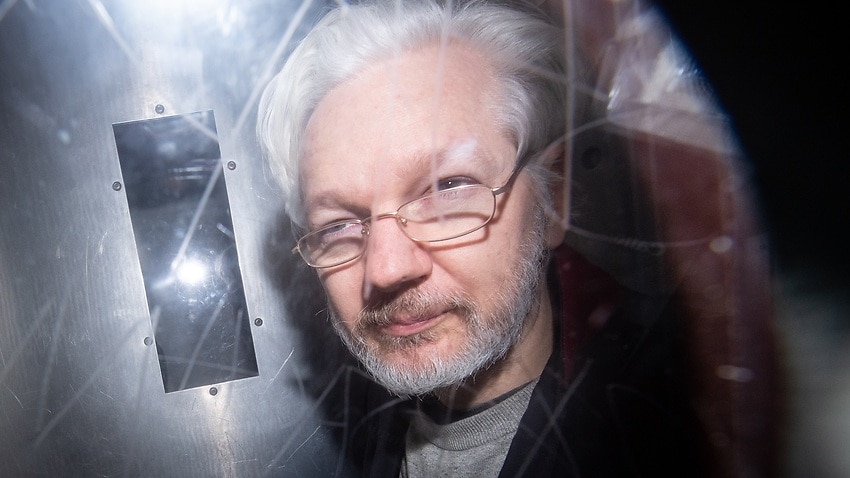 Julian Assange would be permitted to serve any custodial sentence he receives in an Australian prison if convicted in the United States on espionage and hacking charges, according to new assurances made by the US government.

The assurances, which state Mr Assange would also not be held in its strictest maximum security jails, are seen as concessions in attempt to extradite the 50-year-old to the US to face trial.

In January, a British judge refused a US extradition request, citing health grounds and the concern he would commit suicide if held in a ‘supermax-style’ American jail.

Mr Assange’s fiancé Stella Morris told SBS News the assurances aren’t concessions because foreign prisoners in the US have the right to request a transfer to their home country.

She also fears her partner would be kept in solitary confinement, even if he is held in a lower security facility.

Britain’s High Court has granted the US permission to appeal the decision to deny his extradition.

“It’s mixed, because on the one hand, it’s been six months and we haven’t had any news. It’s like an endless purgatory,” said Ms Morris.

“But it doesn’t end here. We don’t know how long this will go on for and how long he’ll be imprisoned for in that terrible place.”

Mr Assange has been held at London’s Belmarsh Prison since his arrest in April 2019 for skipping bail.

He had spent the previous seven years inside Ecuador’s London embassy, to avoid extradition to Sweden where prosecutors wanted to question him over allegations of sexual assault. That case was eventually dropped.

US prosecutors have indicted Mr Assange on 18 counts, related to the publication of secret government and military documents by Wikileaks.

If found guilty, he would face a maximum sentence of 175 years jail.

No date has been set for the US government’s extradition appeal and it’s likely to be a slow process.

Mr Assange’s supporters believe their best hope of getting the Australian out of prison in the coming months is to appeal directly to the Biden Administration, even though there’s been no sign of the White House changing its position.

“Secretary of State (Antony) Blinken is hiding behind the rhetoric that he cannot comment on this, because this is a court procedure, that it’s not natural for politicians to intervene in,” said Wikileaks Editor-In-Chief Kristinn Hrafnsson.

“These kinds of arguments do not hold water. This is the way of the coward.”

Ms Morris, the mother of Mr Assange’s two youngest children, says now is the time for President Biden to step in and end a prosecution instigated by his predecessor.

“There’s no way to stand up for the first amendment and defend democracy at the same time as you’re prosecuting Julian Assange,” she said.