Concern that a lawyer may have been exposed to the coronavirus has prompted the postponement of the WikiLeaks founder's extradition trial in London. 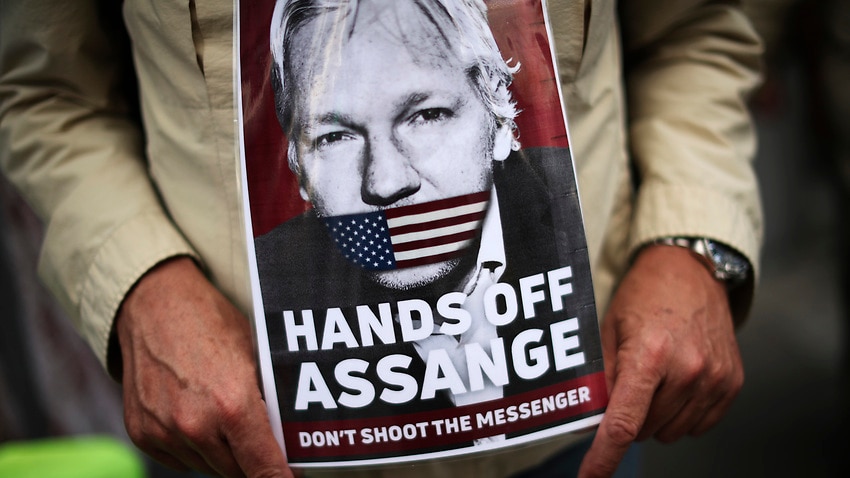 The London extradition hearing for WikiLeaks founder Julian Assange has been postponed because of concerns one of the lawyers involved might have been exposed to COVID-19.

Mr Assange is fighting extradition to the United States where he is wanted for conspiring to hack government computers and violating an espionage law over the release of confidential cables by WikiLeaks in 2010-2011.

Judge Vanessa Baraitser adjourned the case until Monday after being told one of the lawyers representing the United States had been exposed to the virus.

The lawyer was being tested on Thursday with the result due on Friday, she said.

"At the moment we would respectfully submit we have to go ahead on the assumption that she has COVID," Edward Fitzgerald, Mr Assange's lawyer told London's Old Bailey court where the hearings are taking place.

"If that is the correct assumption ... we shouldn't really be here. COVID would be here in the courtroom and it's not possible to tell how far it's extended," he added.

The extradition hearings began for a week in February and were due to resume in May, but were then delayed until this week because of the coronavirus lockdown.

Mr Assange's lawyers have argued he should be granted bail because he himself is at particular risk from COVID-19 as he has suffered from respiratory infections and has had heart problems.

However, the judge has ordered him to be kept in jail because he is considered a flight risk, having skipped bail and fled to the Ecuadorean embassy in 2012 to avoid extradition to Sweden where he was wanted at the time to answer questions on alleged sex crimes.

Those allegations have since been dropped.

Mr Assange spent seven years in the embassy until he was dragged out last year.