The WikiLeaks founder is being held at London's Belmarsh Prison, pending a court decision on a warrant for his extradition to the US to face charges. 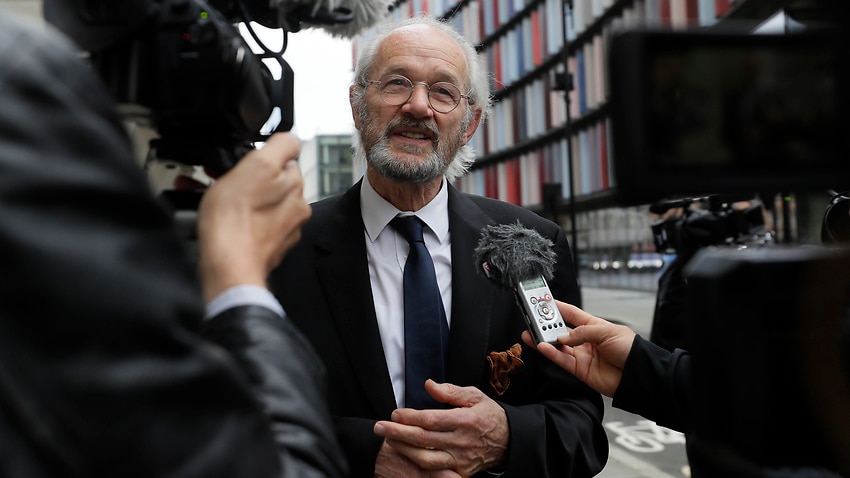 The father of WikiLeaks founder Julian Assange has turned his focus from the UK to the US, where he hopes a change of president could advantage his son.

Mr Assange is being held at London's Belmarsh Prison, pending a court decision on a warrant for his extradition to the US to face charges.

A judgment is due to be handed down at Woolwich Crown Court on Monday, but Mr Assange's father John Shipton won't be there.

Mr Shipton says there's too much uncertainty about his ability to travel amid a series of border closures in the UK due to a mutant strand of coronavirus.

"It's all up in the air like it is for everybody ... except the situation is more tenuous for Julian because it's 10 years long," he told AAP.

So instead of London, Mr Shipton will head to the other side of the Atlantic.

He says the change of US leadership offers a chance to secure his son a presidential pardon from Donald Trump with the pro-Trump One America News Network agitating for it.

"I have to go to New York and interview members of the new administration and advocate for Julian to return home," he said.

"That's where the battle is, that's who wants him. The case against Julian is weak and Julian's case is extremely strong."

Mr Shipton said if English District Judge Vanessa rules that his son should be extradited it's important to be putting the ground work in at the next stage, which will be in the US.

Mr Assange has been in de facto captivity for a decade, including time under strict bail in regional England and as an asylum seeker for eight years in London's Ecuadorian embassy.

Belmarsh prison, where he's being held on remand, has been locked down since 18 November and he spent Christmas in isolation.

Mr Shipton said Mr Assange had been able to prerecord a message to his wife Stella Morris and infant sons Gabriel and Max.

"So they playback the recording to try to keep the relationship between Julian and his kids going as best they cane," he said.

The uncertainty of the past 10 years has served to prepare Mr Shipton for the year that was 2020, and the unpredictable year ahead.

Mr Shipton remains stoic about the future and determined to fight for his son.

"It's just simply: 'where is the best place to fight the battle now? How do you best fight it?'."