WikiLeaks founder Julian Assange has been warned that if he continues to speak from the dock his extradition hearing will continue without him. 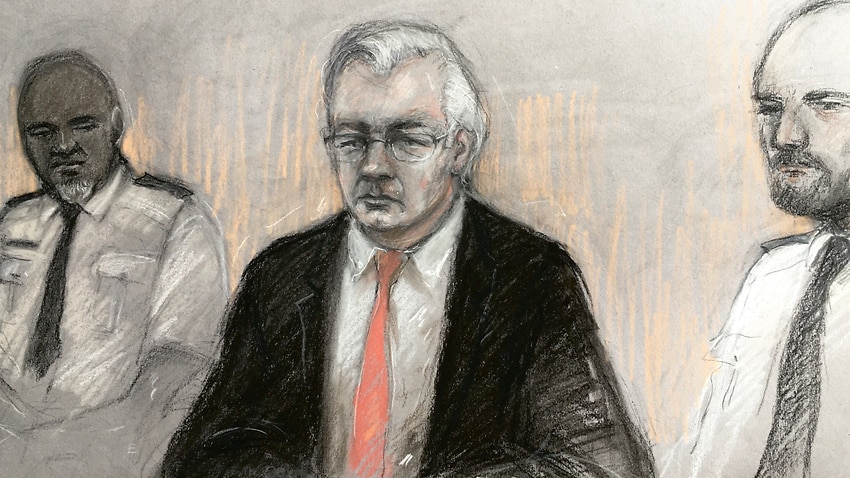 Julian Assange, the WikiLeaks founder who is fighting to avoid extradition to the United States from Britain, has been warned by a judge that he will be removed from the courtroom and tried in his absence if he continues to interrupt proceedings.

The proceedings were briefly adjourned after Assange shouted "nonsense" as James Lewis, acting for the US government, told a witness that Assange was facing extradition proceedings over the publication of informants' names and not for handling leaked documents.

Judge Vanessa Baraitser told Assange, who was in the dock, that he must not speak out even though he will hear things he disagrees with.

"If you interrupt proceedings and disrupt a witness who is properly giving their evidence, it is open to me to continue without you in your absence," Ms Baraitser said.

"This is obviously not something I wish to do. I am, therefore, giving you a clear warning."

Judge tells Mr Assange the witness must be allowed to give evidence from interruptions. "I understand you'll hear things you disagree with... and you'd like contradict and speak about these things yourself, but this is not your opportunity to do so."

The US authorities accuse Australian-born Assange, 49, of conspiring to hack government computers and of violating an espionage law in connection with the release of confidential cables by WikiLeaks in 2010-2011.

Assange's outburst occurred as the court heard on Tuesday from Clive Stafford Smith, founder of the London-based charity Reprieve, who argues that the WikiLeaks disclosures had been instrumental in challenging the US on illegal drone strikes and the secret detention of suspects.

Stafford Smith, a dual US-UK citizen, said the leaked information had contributed to court findings that criminal proceedings should be taken against senior US officials.

"I say this more in sadness than anger. I would never have believed that my government would do what it did," he said.

"We are talking about criminal offences of torture, kidnapping, rendition, holding people without trial."

Assange and WikiLeaks enraged the US government a decade ago by publishing thousands of secret US documents.

Assange's supporters see him as a champion of free speech exposing abuses of power and hypocrisy.