Foreign Minister Julie Bishop has lambasted former federal politician Wyatt Roy's trip to Iraq where he was caught in an attack by IS against Kurdish Peshmerga forces near the town of Sinjar.

Mr Roy, 26, a former assistant minister and Australia's youngest ever parliamentarian, says he was caught in a deadly IS attack on Peshmerga forces about three to four kilometers out of the Iraqi town of Sinjar, west of Mosul, last Thursday.

Five insurgents from IS - also known as Daesh - were reported to have been killed in the firefight, which Coalition forces ended with an airstrike.

"For about half an hour we were being attacked by Daesh terrorists who were somewhere between one kilometre and 500 meters away with 50-cal weapons and RPG fire and mortars," he told SBS from Erbil, the capital of the semi-autonomous region of Iraqi Kurdistan.

Peshmerga reinforcements arrived from Sinjar, who were able to push the IS fighters back, he said. Within half an hour, the confrontation ended with two coalition airstrikes on IS.

Mr Roy had travelled to Domez with British political consultant Samuel Coates and a translator.

In a statement, Ms Bishop said official Australian government advice to all Australians was "do not travel to Iraq".

"The government has also banned travel to the Iraqi city of Mosul, which is under ISIL control," she said.

"The government does not endorse or approve of Mr Roy's actions, and strongly urges other Australians to follow the official advice of 'do not travel to Iraq'."

On his reasoning for heading to Iraq, Mr Roy said he wanted to go because of his “long-standing interest” in the region, which had also been a “strong policy interest” during his time in Australian politics.

Ms Bishop said Mr Roy "did not seek nor did he receive assistance from the Australia government for his travel to Iraq".

"It is irresponsible for Wyatt Roy to travel to the front line of the conflict between ISIL and Kurdish forces in norther Iraq, in a region regarded as very high risk," she said in her statement.

"He has placed himself at risk of physical harm and capture, and acted in defiance of government advice."

As a Liberal member for Longman in 2014, he had called to double Australia’s humanitarian migrant intake in support of Yazidi and Christian minorities and others displaced by the Iraq and Syria crises.

The city and its surrounds were the site of an attack by Islamic State in 2014 that the United Nations says resulted in the killing and forced displacement of thousands of people from the Yazidi minority group.

“Of course the town that I visited, the town of Sinjar, is the effectively the homeland of the Yazidi people, these are remarkable people who are facing effectively genocide at the hands of the very evil forces of Daesh.” Government has questions to answer: Labor

Labor's Penny Wong called on the Turnbull government to "immediately clarify what knowledge it had of Mr Roy's travel to this (the Iraq-Syria) war zone and whether any assistance was requested or provided by the Australian Government".

"This seems a very unwise, and potentially dangerous act for a former member of Parliament, who should be expected to know better.

Taking a stab at Mr Roy's former Queensland colleague, Peter Dutton, Ms Wong added that: "War zones are not places for people to act out their boyhood fantasies."

Peter Dutton had previously said the fight against IS should be left to Australia's military, not "cowboys" who put themselves in harm's way and might lead to other Australians being forced to risk their lives to rescue them. "In consultation with the Iraqi Government, the focus of Australia’s military effort will remain on advising, assisting and building the capacity of the Iraqi Security Forces in central Iraq.

"However, Australia recognises the complex security situation across Iraq and the vital role Kurdish Peshmerga Forces play in the campaign to combat Daesh."

Ms Payne said forces received a broad range of specialist training and equipment through the international coalition of partners formed to combat Daesh.

"Defence is confident that this support will continue to help build the Peshmerga’s capacity to conduct effective and sustained operations against Daesh."

The Defence Department released advice that Mosul is a declared area where hostile activity is taking place under Australian law, making it an offence to travel there. But Sinjar, where Roy traveled, is just outside of that prescribed area. 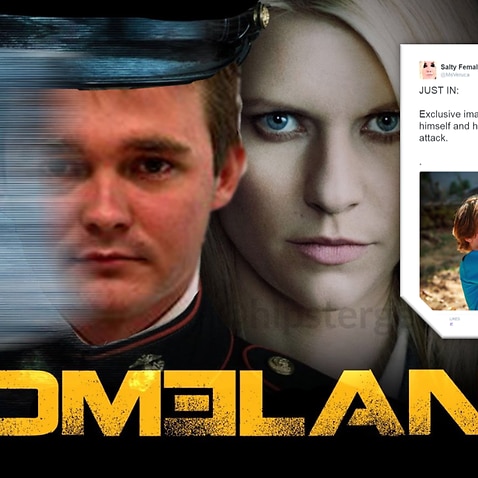 'Roy could have become an active participant'

“Wyatt Roy is taking himself into dangerous territory,” he said.

“So if you’re with a group of guys who are fighting, who are firing assault rifles and the guy next to you who you’ve been in long conversations with is shot and drops his weapon and others come running at you and a gun is thrown in your direction to defend yourself, then suddenly you’re into something much more complicated.”

Barton also said that an area that appeared “cleansed”, might be otherwise.

“You think you’re in an area that’s been cleaned, but either they’ve been booby trapped, very likely, or you can have insurgents just hiding out laying an ambush.”

The Counter-Terrorism Legislation Amendment (Foreign Fighters) Act 2014, makes it illegal to enter a foreign with the intention of fighting or fighting.

In ‘Division 119  – Foreign incursions and recruitment’, it mandates that a person commits and offence if the person enters a foreign country with the intention of engaging in a hostile activity in that or any other foreign country, and when the person enters the country, that person is an Australian citizen, a resident of Australia, a holder under the 1958 Migration Act or voluntarily put himself under the protection of Australia.

A person also commits an offence if the person engages in a hostile activity in a foreign country. 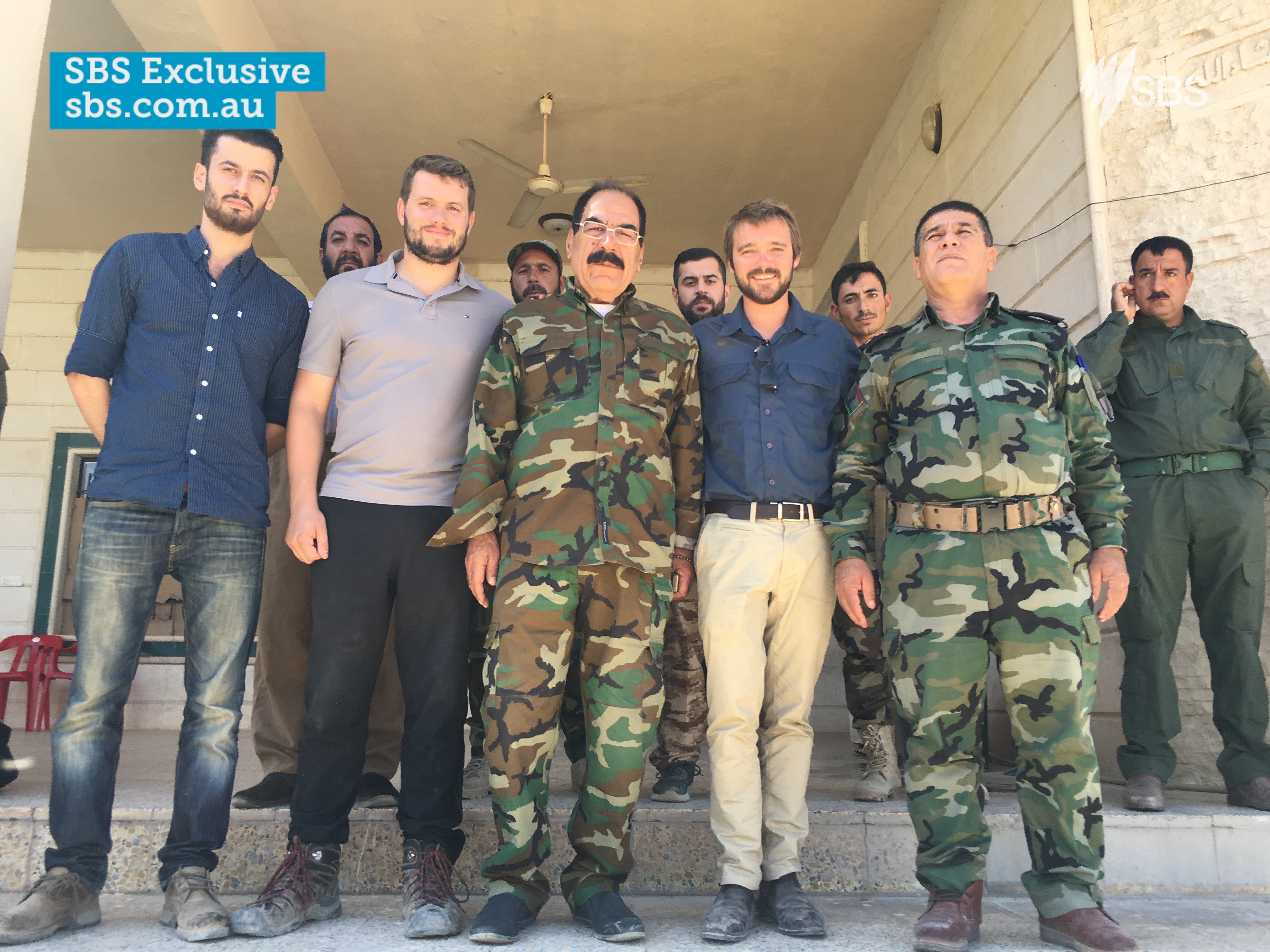 "It's an extremely hostile place to be in, and I think that unless you've got the right sort of training, deployment training…then it is a particularly dangerous and perilous situation to be in.”

He told SBS it undid the work the government was undertaking to discourage young people from becoming radicalised.

“When you’ve got the government ... trying to take away fuel from the fire and stopping young people from going overseas, it’s not a good message for anybody, and certainly makes it difficult for the government to deal with.”

Roy told SBS that while he believed Australia was “doing a remarkable job” supporting the Peshmerga fight IS, he wanted Australia to deal directly with them.

“There is a strong case to make that wherever possible we should deal directly with the Peshmerga, not always through the government in Baghdad, [because] not always that support finds itself to the front line against Daesh,” he said.

“We want to make sure that they can effectively outgun Daesh, it is as simple as that.”

Counter-terrorism expert Greg Barton said, however, that such tactic could result in a civil war akin to the one raging in Syria.

To achieve peace and maintain it there has to be real political support in Baghdad, Mr Barton said.

“It would be awful to see Iraq succeed in driving out IS, literally driven across the border into Syria and perhaps Turkey only to find themselves falling into a civil war like the situation next door in Syria, that would be horrible.”

He warned against undermining the current operation.

"We are working in Iraq at the moment by the good grace of the Iraqi government and whatever private concerns we might have about where things could be better with the Iraq government and the Iraqi security forces, the reality is we have to be there as invited guests."

Australia is playing a a "pretty important role", he added.

"The Australian military, army particularly, is playing an extraordinarily strategic role in practical training of the guys that are going to be marching up the road and effectively take Mosul."

Roy, who conceded defeat during the 2016 election, left Australia to travel overseas earlier in September. SBS understands he traveled to Israel and Jordan before arriving in Iraq. He has departed Iraq to continue his travels for an unknown period of time.