Kalgoorlie's Indigenous community is in mourning after the death of 14-year-old Elijah Doughty. A 55-year-old man has been charged with his manslaughter.

Kalgoorlie's Aboriginal community is in mourning a day after a 55-year-old man was charged with the manslaughter of a 14-year-old Indigenous boy.

Elijah Doughty died on Tuesday after a crash, off Clancy Street in Boulder, between a ute the accused was allegedly driving and a motorbike the boy was riding.

Western Australian Police have confirmed the motorbike was "subject to a stolen vehicle report, which was reported to Police on Sunday, August 28".

His family and friends came together on Tuesday night to hold a candlelight vigil in the aftermath of riots at the Kalgoorlie Courthouse and in the streets that left up to 12 police officers injured and several community members arrested.

A number of police cars and the windows of the court house were also damaged.

The man is due to face court in Perth via videolink on Wednesday after the riots delayed his case.

Grieving family and friends have taken to social media to pay tribute to Elijah, who played AFL with the Kalgoorlie City Football Club.

"Elijah doesn't have that chance to be that footy star he always wanted to be.

"What now for the family and friends who will never hear his voice or the sound of his laughter or hear him speak of his hopes and dreams...what now?"

Jess Northey wrote the reality of Elijah's death was yet to sink in for her. 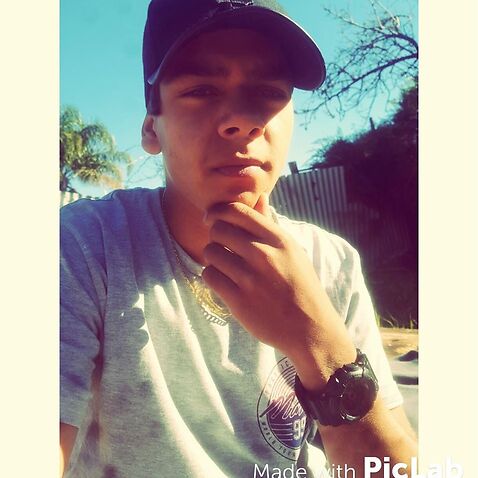 Violence erupts outside Kalgoorlie court over death of Indigenous teenager

"I'm going to miss seeing your gorgeous face around, and miss talking to you," she wrote.

"My thoughts and heart goes out to Elijah Doughty family, gf and friends. You're going to be missed so much."

Kalgoorlie community members have also expressed their anger and frustration at what they see as an inadequate charge. It is believed this anger was what led to Tuesday's riots.

The WA Police intend to maintain a strong presence in the area.

"Our focus is on the safety and security of the Goldfields Community," a statement on the WA Police Facebook page said.

The ABC reported resident Bruce Smith felt there was an undercut of racism within the community and the police and called on the police to address it, particularly threats Indigenous community members had received on social media.

"Those are the ones that are going to continue brewing those attitudes we don't want to see, and it's all coming out on social media, on Facebook," he said.