'Kardashian-style politics' has been blamed for the violent clash between left and right wing groups over controversial alt-right commentator Milo Yiannopoulos in Melbourne.

Victoria Police assistant commissioner Stephen has accused the groups that clashed at Milo Yiannopoulos' event on Monday of using strong behaviour to get attention for their causes.

"We've always got Kardashian-style politics now and these people know that you have to do something outrageous in order to get it on to YouTube and seen across the world," he told Melbourne radio 3AW on Tuesday.

"I've got no doubt part of their motivation last night was to get as much as they could splashed around the world and feel famous for five minutes."

Controversial alt-right commentator Milo Yiannopoulos lashed out at the left-aligned campaigners claiming the protests at his event were caused by 'petulant babies'. 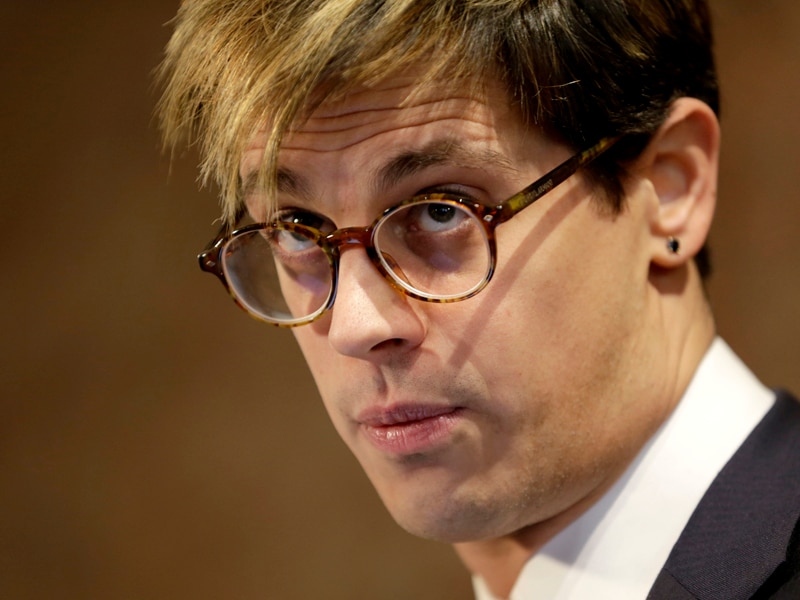 A police officer was injured and two protesters arrested in a violent clash outside alt-right commentator Milo Yiannopoulos' Melbourne event.

The former Breitbart News tech editor called the protesters "petulant babies" for coming out against him.

"There was a lot of kerfuffle out front, it was not as the newspapers reported 'a clash between the far left and far right' it was the left, showing up, being violent to stop freedom of speech," Mr Yiannopoulos told 2GB radio on Tuesday.

When discussing his popularity and supporters, Mr Yiannopoulos added Australia was rising to the challenge.

"Your politicians are a mess and your media is a mess, but ordinary Australians seem to be getting it," he added.

Anti-fascist and hardline right-wing groups clashed outside the Melbourne Pavilion in inner-city Kensington on Monday night, with protesters brawling in the streets and wielding crude weapons.

Hundreds of protesters from left-aligned Campaign Against Racism and Fascism and two right-wing groups, Reclaim Australia and the True Blue Crew, rallied with a heavy police presence attempting to maintain order.

Despite dozens of officers working to keep the groups separate, at least two men were pepper sprayed after they started fighting, with others joining in.

Australian commentator Andrew Bolt, who was MC at the Melbourne event, described the protests as a scandal.

Rocks were thrown at a police van and the road was closed to traffic in both directions. 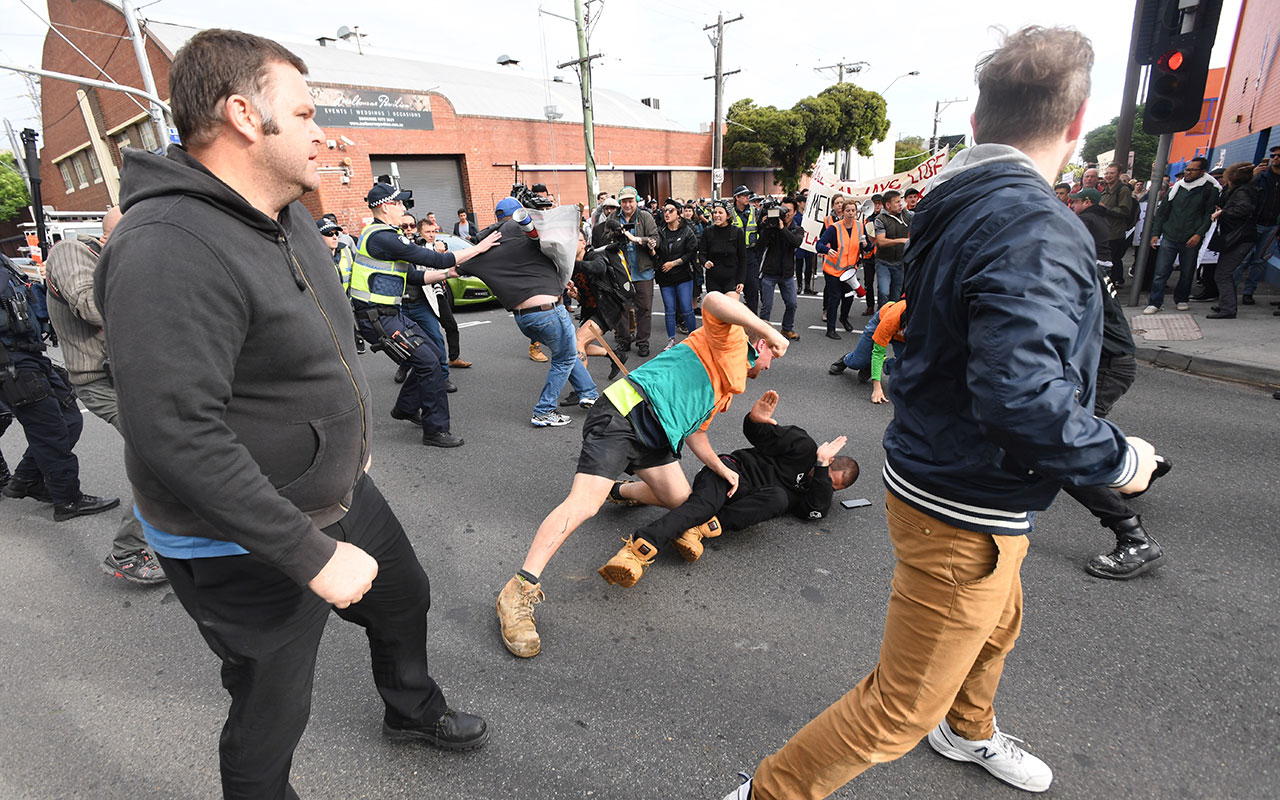 Promoter Damien Costas said the activists were wasting taxpayer money by protesting against the event.

"Simply because his (Milo Yiannopoulos) views are different from the status quo," Mr Costas said.

“Sorry for the delays some of you have experienced getting info,” he said.

“We have changed locations several times in the last few days but the above is locked and loaded.

He also warned about protesters and advised his supporters to “arrive as soon as possible.”

Self-described as the ‘supervillain of the internet’, the polarising British commentator is touring the country and is due to speak in Canberra, Sydney and the Gold Coast. 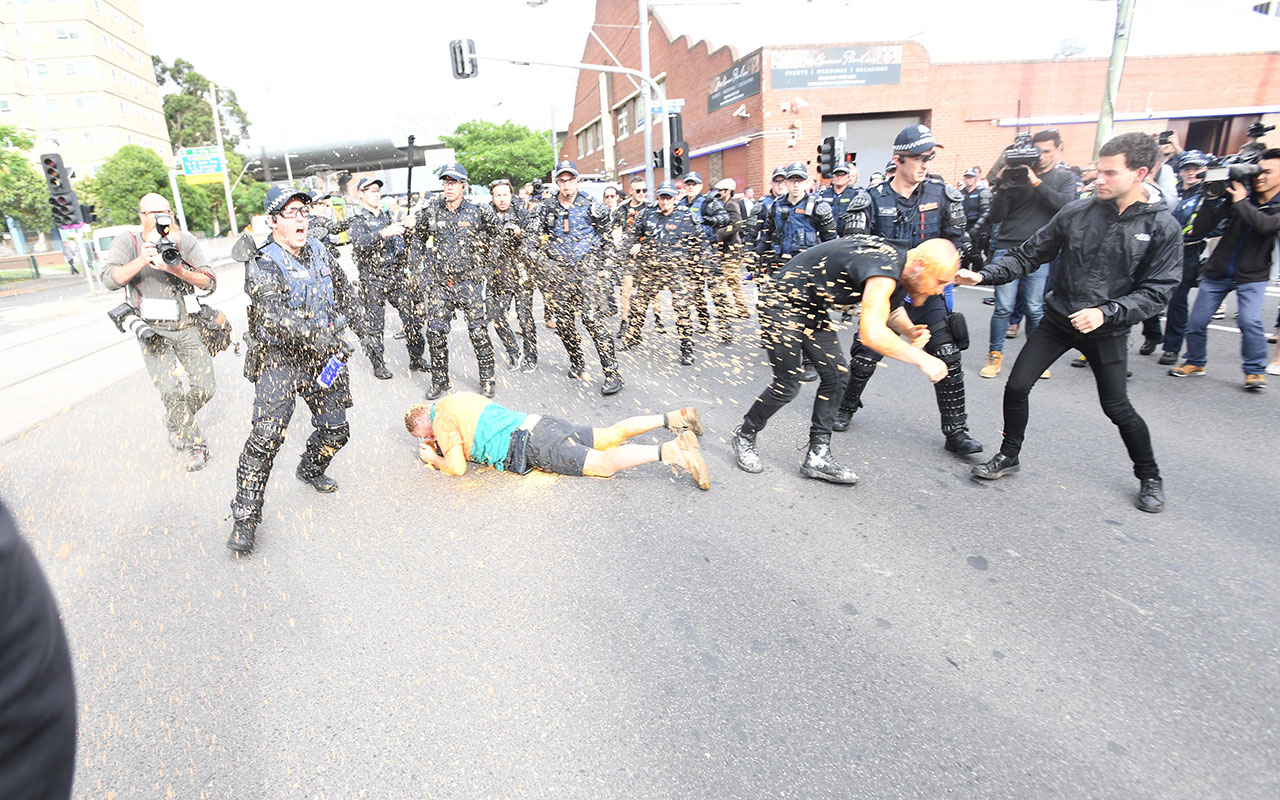 Who is Milo Yiannopoulos? 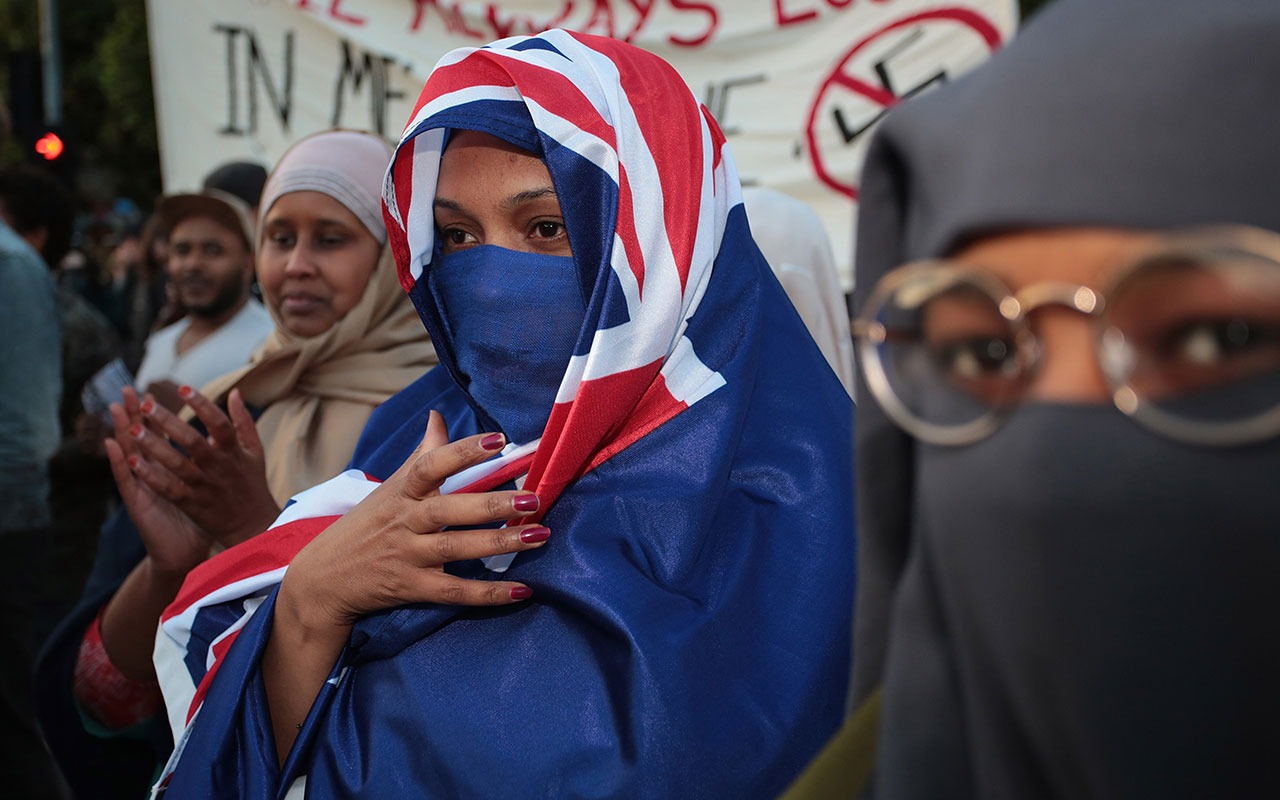 Campaign Against Racism and Fascism members demonstrate outside Milo Yiannopoulos's sold out shows at the Melbourne Pavilion in Melbourne.
AAP

- With additional reporting from Natasha Christian