Ukraine on Saturday hit back at 'unprecedented and unacceptable' calls from the Eurovision Song Contest's organisers for it to lift an entry ban on Russia's contestant.

In an angry row ahead of the kitsch song contest in May to be hosted in Kiev, Ukraine has barred Russia's 27-year-old singer Yuliya Samoilova over illegally entering Moscow-annexed Crimea for a 2015 performance.

Eurovision organisers, the Geneva-based European Broadcasting Union (EBU), have sought to find a compromise but have so far been rebuffed by both sides.

"It is unprecedented and unacceptable to demand such extraordinary decisions from Ukraine for the sake of Russia," Deputy Prime Minister Vyacheslav Kyrylenko said in comments released by his office on Saturday.

His response came after a leaked letter on Friday, in which EBU director-general Ingrid Deltenre urged Ukrainian Prime Minister Volodymyr Groysman to lift the "unacceptable" ban on the Russian singer.

"I think that France, Germany, Britain, Poland would have made the same decision, as well as any other country that is a member of the EBU", Kyrylenko told Ukrainian radio.

He reiterated that Russia can take part in Eurovision in Kiev "only if their participant is someone who has not violated Ukrainian law".

Deltenre in the letter warned Kiev that Ukraine's public broadcaster UAPBC "might be excluded from future events."

She also said that if Kiev did not lift its ban against Samoilova, this "would certainly have a very big negative impact on Ukraine's international reputation."

In a public statement on Saturday, the EBU said it was their wish that "all artists competing in this year's Eurovision Song Contest can do so in the host city of Kiev in accordance with the rules, and the tradition, of the competition.

"We are still in contact with the Ukrainian authorities to do everything in our power to allow this to happen."

In parallel, the organisers said they were considering "alternative solutions" to allow all the acts to take part.

The EBU has previously suggested that Samoilova could perform via satellite link, which Russia rejected.

The Eurovision semi-finals will be held in Kiev on May 9 and 11, with the final will be on May 13.

Moscow and Kiev have been at political loggerheads since Russia annexed Crimea in 2014 and over Russia's subsequent involvement in a conflict pitting Ukraine troops against pro-Russian rebels in the east of the country.

Nearly 10,000 people have been killed since the start of the pro-Russian insurgency that Kiev and the West accuse Moscow of masterminding, which it denies. 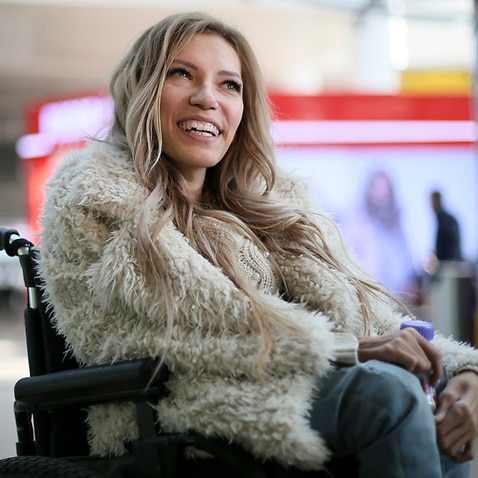