It marked the first official report of a weapons test by North Korea since it began a delicate diplomatic process with Washington over its nuclear and missile program.

North Korean leader Kim Jong-un has overseen the testing of a "newly developed ultramodern tactical weapon", Pyongyang's state media reported on Friday, a move seen by analysts as more of a political message than a serious provocation.

It marked the first official report of a weapons test by North Korea since it began a delicate diplomatic process with Washington over its nuclear and missile program.

South Korea's Yonhap news agency, quoting an unidentified government source, said the weapon could be a long-range cannon that the North has been developing for many years. It said the test was successful but did not specify the type of device involved.

Pyongyang's suspension of testing for atomic weapons and ballistic missiles has been key to this year's rapid diplomatic developments and North Korea-US negotiations, and has been repeatedly praised by President Donald Trump.

Trump and Kim met at a historic summit in Singapore in June, where they signed a vaguely-worded document on denuclearisation of the peninsula.

Hours after the KCNA report, the US State Department said it was "confident" the process remained on track.

"At the Singapore Summit, President Trump and Chairman Kim made a number of commitments regarding final, fully verified denuclearisation and creating a brighter future for North Korea," a statement said. Progress since Singapore has stalled as Washington and Pyongyang spar over the document's meaning. A return to testing would cast grave doubts over the future of the process.

But analysts all but ruled out the North having broken its promise to suspend nuclear or missile launches while negotiations are underway with the US.

There was no immediate indication any such test had been detected by the South.

"We don't see it as a military provocation of any significance", a defence ministry official told journalists without saying what the device was. Shin Beom-chul, an analyst at the Asan Institute of Policy Studies, said the test was likely aimed at sending "a political message" to Washington about the current stalemate.

KCNA released only one photograph to accompany its report, showing uniformed men taking notes as Kim talked. The background gave few clues to what kind of weapon was involved.

Jong-un expressed "great satisfaction" and said the test marked a "decisive turn in bolstering the fighting capacity" of the North's military, KCNA said. The weapon had been developed over a long period and its "great success serves as another striking demonstration of the validity of the Party policy of prioritising defence science and technology and the rapidly developing defence capability", it added.

The news, which came almost a year after Pyongyang's last test of an intercontinental ballistic missile, recalled the repeated announcements of 2017.

Those included by far North Korea's most powerful nuclear blast to date and rockets that brought the whole of the US mainland into range.

Soon afterwards Kim declared the development of his nuclear arsenal - which Pyongyang has long said it needs to defend itself against a possible invasion by the US - complete. 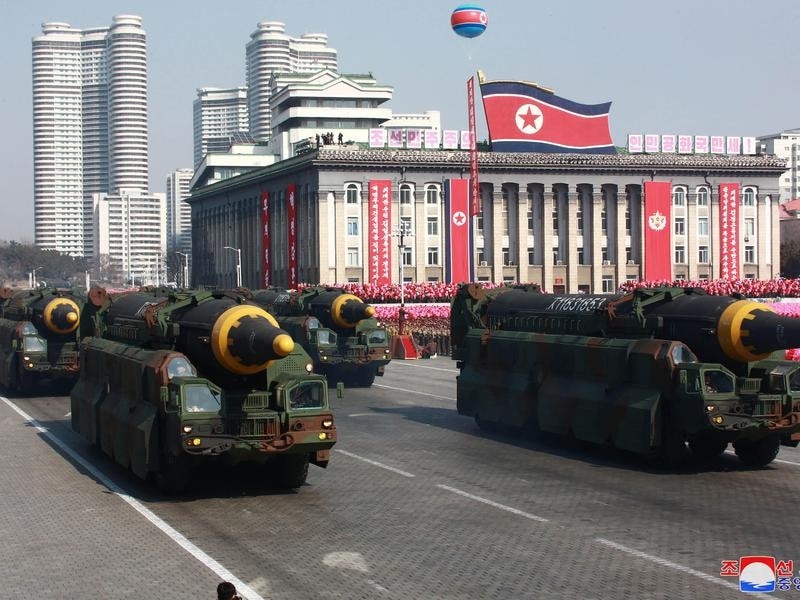 The Winter Olympics in the South then triggered a rapid diplomatic rapprochement on the peninsula, heralding the Singapore meeting and three summits between Kim and South Korean President Moon Jae-in.

A second encounter between Kim and Trump is expected in the new year.

But Pyongyang is demanding sanctions imposed against it over its weapons programs are eased and has condemned US demands for what it calls its "unilateral" disarmament as "gangster-like".

Washington insists the measures should stay in place until the North's "final, fully verified" denuclearisation.

Professor Yang Moo-jin of the University of North Korean Studies in Seoul told AFP the test was "a signal to the US sent ahead of the high-level talks that its own patience is also wearing thin".

Federal government invests $6 million towards three Australian coronavirus vaccines, including one that uses a 'needle-free system'