Australia has yet to formally respond to the President of Kiribati's call for a moratorium on new coal mines.

The President of Kiribati, Anote Tong, has called for a global ban on all new coal mines during his trip to Australia.

"There has to be a genuine commitment transition away from fossil fuels and I think the opening of new coal mines is not that," he told reporters in Melbourne.

He said with his own country literally sinking into the ocean, the need to end all new coal mine projects is logical.

"It's not being suggested that the use of coal be immediately stopped," he told the ABC.

"That would be unreasonable. But I think if we are serious about transitioning to renewable energy then one of the very realistic steps is maybe to look at reviewing our decisions to open new coal mines."

Mr Burragubba said both he and the Kiribati leader are fighting a similar battle.

Mr Burragubba and a group of traditional owners are in dispute with mining corporation Adani over the proposed Carmichael Mine in Central Queensland, which he fears will have a catastrophic impact. “The whole of the Galillee Basin the Great Artesian Basin will be destroyed,” Adrian Burragubba said.

“Those things are important to us - they signify who we are as the first people from there; our totems and our stories and songlines that relate to the water, the dreaming.”

Australia yet to formally respond

Australia is yet to formally respond to the call for a moratorium, but the Prime Minister Malcolm gave few indications it is on the agenda

"Coal is going to be a big part of the world's energy mix for a long time for many decades," Malcolm Turnbull said.

Mr Tunbull said the debate should focus on net emissions and a calculated transition to cleaner energy.

“The pace and when it happens and where it happens is going to be determined by sensible economic considerations,” he said.

President Tong hopes to table his moratorium on new coal mines in Paris.

"If it's not a moratorium on the opening of new coal mines what - there has to be an alternative," he said.

Meanwhile, a historic deal has been struck two weeks out from major global climate talks in Paris.

After two years of negotiations, the Organisation for Economic Cooperation and Development (OECD) has reached an historic agreement to pare back export credits for coal plants with high carbon emissions.

The world's richest countries will no longer provide finance support for large coal-fired plants that don't employ the most efficient technology.

However, it will still hand over credits for smaller inefficient plants in developing countries.

That was a main sticking point for Australia, which negotiated the exemption for countries such as India.

Resources and Energy Minister Josh Frydenberg said it is a good deal.

"It strikes the right balance between reducing emissions while allowing the developing nations access to finance to build the power plants they need to lift people out of energy poverty,” he told the ABC.

Minister Frydenberg said the goal is to reduce emissions by encouraging coal exporters and buyers to transition away from low-efficiency technology.

He said coal will continue to be a major part of the energy mix adding that high-quality coal, like that produced in Australia, would bring down emissions.

"Forty per cent of the world's electricity comes from coal and the International Energy Agency suggests that by 2040, that number will still be very high at just over 30 per cent. So coal is not going away but there is an emphasis on new high efficiency, low emission power plants which we continue to support globally." 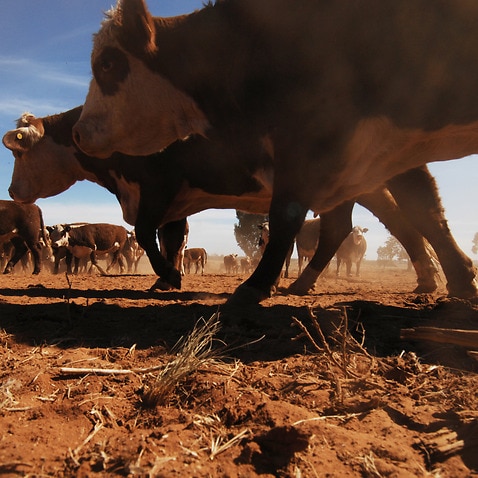 Environmental groups have welcomed the new rules but said it is frustrating that Australia was again trying to weaken those restrictions.

"For developed countries like Australia, we actually need to be retiring our coal-fired power stations and for many developing countries like China and India, renewable energy options are much better,” said the chief executive of Environment Victoria, Mark Wakeham.

President Tong's visit also coincides with Britain's decision to phase out its remaining coal-fired power stations by 2025, putting an emphasis on gas.

UK Energy Secretary Amber Rudd said getting there will not be easy.

"Moving to a new model without risking energy security will require our government to continue to intervene, but that should diminish over time and we need to start that work now.

"So how do we do that? It may sound a strange thing to say but fundamentally, I want energy policy to be boring. [I want it to be] one that people going about their daily lives don't need to worry about because they trust that the system produces energy that is reliable and affordable and indeed isn't damaging to the environment."

World leaders will head to Paris in just over a week for the United Nations climate-change conference, where it is hoped almost 200 countries can strike a deal to limit global warming.