Myanmar must scrap restrictions on movement and citizenship for its Rohingya minority if it wants to avoid fuelling extremism and bring peace to Rakhine state, a commission led by former UN chief Kofi Annan said on Thursday.

Rights groups hailed the report as a milestone for the persecuted Rohingya community because the government of Aung San Suu Kyi has previously vowed to abide by its findings.

The western state, one of the country's poorest, has long been a sectarian tinderbox and mainly Buddhist Myanmar has faced growing international condemnation for its treatment of the Muslim Rohingya there.

Annan was appointed by Suu Kyi to head a year-long commission tasked with healing long-simmering divisions between the Rohingya and local Buddhists.

On Thursday it released a landmark report, warning that failure to implement its recommendations could lead to more extremism and violence.

"Unless current challenges are addressed promptly, further radicalisation within both communities is a real risk," the report said, describing the Rohingya as "the single biggest stateless community in the world".

"If the legitimate grievances of local populations are ignored, they will become more vulnerable to recruitment by extremists."

Among the key recommendations was ending all restrictions on movement imposed on the Rohingya and other communities in Rakhine, and shutting down refugee camps -- which hold more than hold more than 120,000 people in often miserable conditions.

It also called on Myanmar to review a controversial 1982 law that effectively bars some one million Rohingya from becoming citizens, to invest heavily in the region and to allow the media unfettered access there. 'My husband blamed me': Myanmar's Rohingya abandoned after rapes 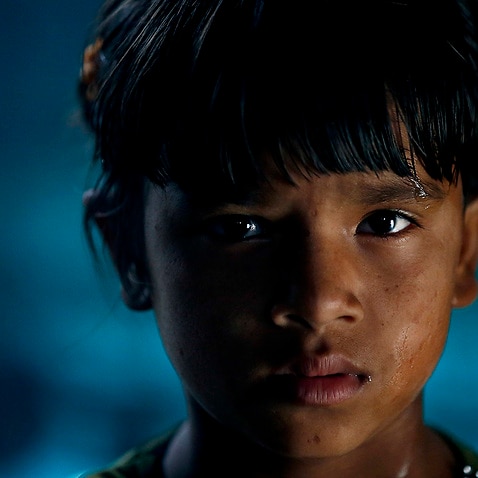 The commission's task became increasingly urgent after the army launched a bloody crackdown in the north of Rakhine following deadly October attacks on police border posts by a previously unknown Rohingya militant group.

More than 87,000 Rohingya have since fled to Bangladesh bringing with them stories of murder, mass rape and burned villages in what the UN says could constitute crimes against humanity.

The Annan commission's findings will put pressure on Suu Kyi's government to implement its calls for sweeping changes in Rakhine.

But she faces stiff opposition from Buddhist nationalists, who loathe the Rohingya and want them expelled.

Many in Myanmar view the Rohingya as illegal immigrants from Bangladesh, even though many can trace their lineage back generations.

Until October's attacks the Rohingya had largely avoided jihadist militancy or violence.

Rights groups welcomed the report, saying its recommendations tallied with what they had long argued for.

"These apartheid-like restrictions drive communities apart rather than together, eroding security and heightening the risk of mass killing," said Matthew Smith, from Fortify Rights.

"Myanmar needs to throw its full weight behind these recommendations, and especially not blink in dealing with the harder stuff," he said.