From beauty balms to snail-slime moisturiser, cosmetic production is one of South Korea's fastest-growing industries.

The K-Pop music phenomenon has helped increase demand for South Korean make-up across Asia and the United States, and now Australia is catching on.

Complex skincare routines form part of a daily ritual for many South Korean women as well as women of Korean ancestry living in Australia.

"My skincare routine's actually quite elaborate for Koreans," she said. "In the morning I like to double cleanse, and that's to ensure that your skin - that when you do your make-up and stuff - all the residue is taken away so your skin is very clean before you do the other skincare routines like the toner, serum, essence and your creams."

South Korean beauty chain The Face Shop has enjoyed massive expansion around the world, including in Australia.

The Face Shop's Jessica Chae said the business' success was reflective of the growing popularity of South Korean popular culture.

"I think, in general, the popularity of the Korean pop, Korean movies, Korea drama, all of that combined, as well as the tourism, has actually made Korea more popular, bringing in customers." 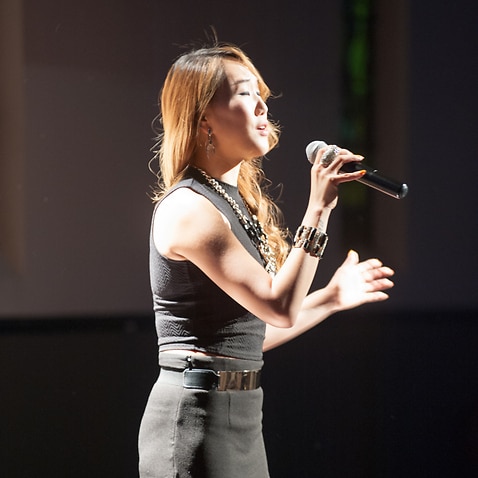 Jen Kim, also known as "meejmuse," is an Australian-born video blogger with a love for all things beauty.

The former primary-school teacher moved to South Korea a few years ago, and hundreds of thousands of people follow her online make-up tutorials.

She felt there was a lack of diversity in the make-up tutorials available online.

"I felt like there wasn't enough about how to apply on Asian features and Asian eyes. You know, we've got very different eyes."

"To sort of generalise, I guess it would be kind of the opposite of what is popular in the Western world. So it's not so much about contouring and crazy arched brows, but it's completely opposite to that. It's more about the subtle, clear complexion. It's a bit more of an innocent, charming, kind of baby-type-of-face look. "

Some of Jen Kim's routines have been inspired by the K-Pop music phenomenon, a look some Korean-Australians like Angela Kim want to emulate.

"I think I'm happy with the Aussie way, but I also do want the clean-face look as well, because I was brought up in the Korean society as well. There's a lot of Korean influence from the media as well. There is a lot of like pretty-faced-looking girls with nice skin, and I think everyone just looks up to that."

University of New South Wales economist Tim Harcourt said the Korean cosmetic sector currently ranked number five in the world, behind the United States and France and ahead of Italy.

"There is a lot of like pretty-faced-looking girls with nice skin, and I think everyone just looks up to that."

He said large markets were developing, especially in Asia.

"Korea's main flagship industries include cosmetics. Even the president, President Park herself, said it was one of the main things Korea wants to do in the world. So it's been a phenomenon right around Asia, in America, and here now in Australia as well."

Mr Harcourt said South Koreans have always had a great tradition in beauty and healthcare and with improvements in technology and growing living standards, the growth of the sector was inevitable.

"Income growth in Korea is quite substantial, they're able to spend a lot of money domestically on cosmetics, and that's allowed them to grow it as an international industry for them as well.”