Labor and Liberal MPs have warned that the speculation about politicians' citizenship is reaching disturbing levels.

Cabinet minister Josh Frydenberg says he cleared up a Hungarian citizenship query 'months ago', saying his Jewish family were stateless when they arrived from Hungary after World War II.

The federal energy minister is the latest senior government figure facing questions over his citizenship, after Senate President Stephen Parry this week bowed out of parliament over his British links.

"My mother came to Australia from war-torn Europe after the Holocaust, post war, and was deemed to be a stateless person," Mr Frydenberg said in a press conference in Melbourne on Friday.

"It is completely absurd to think that retrospectively, and against her will, she could be made to be a Hungarian citizen and that would flow through to me without any positive act either by her or by me."

The Australian newspaper raised questions about his citizenship on Friday morning and reported there was "probably a 50 per cent likelihood" he had Hungarian citizenship.

Hungary has rules that automatically confer citizenship by descent, following a bid to address the plight of stateless Jews who fled the Holocaust. Will there be an audit of our politicians to find more potential dual citizens?

Mr Frydenberg's mother was born in Hungary in 1943 and arrived in Australia with her parents when she was seven after spending time in a refugee camp.

He said it was neither rational nor humane that Hungary could purport to make his mother a citizen against her will after rendering her stateless.

Mr Frydenberg said given his family background, he would be required to initiate and undertake a lengthy and formal application and interview procedure in order to be considered a Hungarian citizen.

"I'm very comfortable with my position having sought advice, having spoken to the [Hungarian] Embassy here."

Labor and Liberal MPs have both warned the speculation about politicians' citizenship is turning into a witch- hunt.

"We're now getting to, I think the rather disappointing level where stateless refugees to Australia actually coming here after the Second World War are being drawn into this," the Treasurer Scott Morrison said at a Melbourne press conference.

"There are no issues with Josh, there are none, absolutely none, and frankly the suggestion has been pretty offensive with regard to Josh's family and his family history."

"These people, like many millions, fled the Holocaust and I really do think we're going a bridge too far when we start to pursue people in these circumstances," she said.

"I think we're actually getting into pretty disturbing territory now."

Dual citizenship would make Minister Frydenberg ineligible to be in parliament and threaten the Turnbull government's slim majority.

Stephen Parry's resignation has fuelled growing calls for an audit of the citizenship status of all MPs.

Conservative Liberal MP Kevin Andrews is among those pushing for an audit, insisting it was time to lance the "festering sore".

"We need to cut through this because, as a matter of principle, members of parliament should uphold the constitution," Mr Andrews told ABC TV on Friday.

"This has now become a festering sore for the government. We can't talk about anything else. We need to get this resolved." 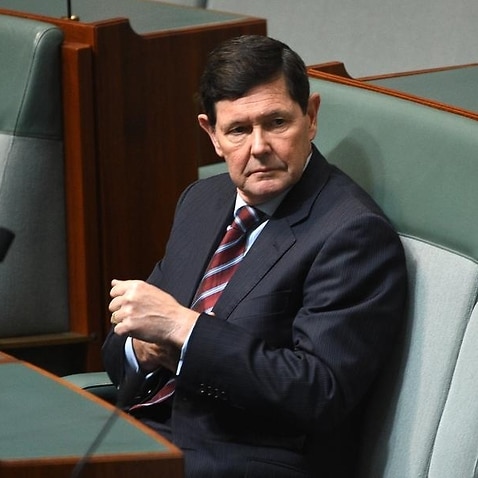 Citizenship issue is a 'festering sore' for the government: Andrews

Labor has so far resisted calls for an audit, but leader Bill Shorten is reportedly softening his stance, believing the opposition has nothing to lose and everything to gain.

Communications Minister Mitch Fifield on Thursday revealed Mr Parry had confessed to him weeks ago about possibly being a dual UK-Australian citizen.

Labor has accused the Turnbull government of a "cover-up" over the matter.

Malcolm Turnbull, who will be in Perth on Friday, insists the best way to deal with the citizenship issue engulfing parliament is for a bipartisan committee to come up with solution.