The border closures brought on by the coronavirus pandemic provides a unique opportunity for Australia to restart its migration program, Labor's home affairs spokesperson Kristina Keneally has argued. 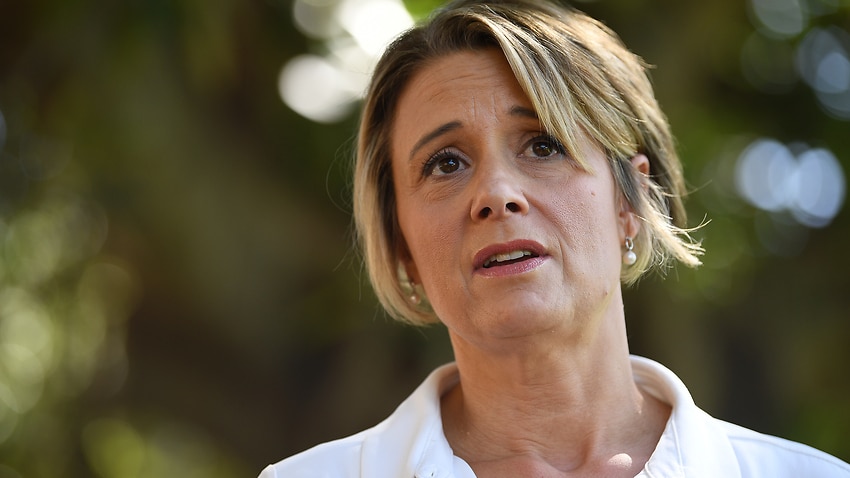 Kristina Keneally speaks to the media in Sydney. Source: AAP

Labor has called for an overhaul of the migration system to give Australians a "first go at jobs" following the coronavirus pandemic.

Kristina Keneally, Labor's spokesperson for home affairs, said Australia should use the COVID-19 border closures to reconsider the country's economic reliance on temporary migrants and encourage unemployed Australians to fill the labour gaps.

"As a result of COVID-19, Australia will soon have an opportunity to do something we have never done before: restart a migration program," she wrote in an opinion article published in the Sun-Herald on Sunday.

Prime Minister Scott Morrison predicted on Friday that Australia's net overseas migration numbers would drop by 85 per cent in the 2020-21 financial year, compared to 2018-19 numbers.

The substantial drop is expected to have a significant impact on Australia's ability to recover economically from the COVID-19 crisis.

"Our economic recovery must help all Australians get back on their feet, and to do that we need a migration program that puts Australian workers first."

Senator Keneally said Australia needed to shift its reliance on "cheap supply of overseas, temporary labour" and instead focus on permanent migrants who can settle in regional areas and invest in the local community.

These temporary migrants are often paid a much lower wage than Australians would earn for the same job, she said.

"Governments of all stripes have relied on high levels of migration to boost population to fuel economic growth," she added.

"Arguably, at times this has been a lazy approach. Letting lots of migrants come to Australia is an easier way to drive economic growth than increasing productivity or investing in skills and training."

"The government’s position has always been clear. We have always prioritised Australians for Australian jobs, and acted in the national interests on visa settings."

Mr Tudge last month said an immigration decline would have an impact on the economy, but the "precise impact" was still unknown.

He also said more than 300,000 temporary migrants, primarily international students, had left Australia since the start of the year.

"The issue is that we haven't got any new people coming into the country which typically balances out the people exiting," he said.

"So, of course, that does have an impact, an economic impact when you don't have the tourists in the country. And on the other side, of course, we want those tourists back."

Trade Minister Simon Birmingham has suggested that international borders could remain closed into 2021, which the possible exception of New Zealand, but Senator Keneally said a new approach to migration could be implemented in the coming months.

"Labour market gaps will emerge when the domestic economy reopens but migration stays shut," she said.

"The next few months present a great chance for business, unions and the government to come together to identify coming skill shortages, and deliver training and reskilling opportunities to Australian workers so they can fill those jobs."