Senator Dodson called on the federal government to commit to working with states to resolve the problem rather than shirking responsibility. 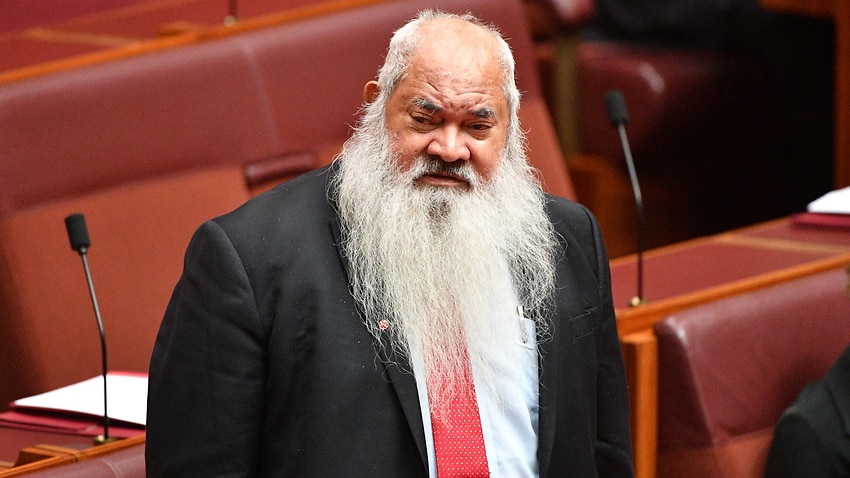 Labor Senator Patrick Dodson urged the government to put an end to high rates of Indigenous incarceration as well as deaths in custody in an impassioned speech to parliament.

The issue has been put into the spotlight by anti-racism protests sparked by the death of African-American man George Floyd in police custody.

Tens of thousands of people defied public heath orders to march in protests held throughout Australian cities over the past weekend.

"For too long – nice words, good intentions - but the lack of action and commitment has not seen a reduction to the custodies or the deaths in custodies" - @SenatorDodson #auspol #blacklivesmatteraustralia @SBSNews @NITV pic.twitter.com/Dvtfs6uTG3

Senator Dodson called on the federal government to commit to working with states to resolve the problem rather than shirking responsibility.

"I asked you sincerely to make this a priority, a top priority - for too long, nice words, good intentions, but the lack of action and commitment has not seen a reduction to the incarcerations or the deaths in custody," he said.

"Now’s the time to stop the rot of First Nations dying in custody, being over imprisoned and their children being put into a home."

There have been 437 indigenous deaths in custody since a royal commission held into the problem ended in 1991.

Aboriginal and Torres Strait Islander adults also constitute 28 per cent of prisoner numbers, despite making up less than three per cent of the national population.

Senator Dodson warned against these concerns being seen as simply a "state responsibility".

"We know that First Nations people who come to the attention of the police are likely to be arrested and charged," he said.

Minister for Indigenous Australians Ken Wyatt was asked whether justice targets would be included in a reshaped Closing the Gap strategy on Wednesday.

He confirmed the targets will be part of the refresh being finalised and due to be released in July.

"Let me assure you that there are two targets and we will be focusing on them," he told the parliament.

"The discussions around those targets have been the focus of the work of the peak organisations, state and territory jurisdictions and my agency."

Mr Wyatt said the government recognised that incarceration had contributed to unemployment and other socioeconomic issues confronting First Nations people.

"We will certainly be working very strongly to ensure that those targets are met within the context of what we have agreed to. How we do it once it's in place is certainly a requirement for states and territories to stump up and deliver on," he told parliament.

Senator Dodson said the underlying issues that give rise to people being taken into custody and consequently dying must be addressed.

"The social factors of health, housing, education, employment, and the legal factors surrounding those have not been addressed in a manner to relieve this awful blight on this nation’s history," he said.

"Work with First Nations peoples through the COAG system, or through the new system of the reform council, whatever it is, to actually set some targets."

Senator Dodson said an inability to deal with the factors behind Indigenous imprisonment had diminished Australia as a nation.

A Deloitte review in 2018 found two thirds of the recommendations from the Royal Commission into Aboriginal deaths in custody had been implemented in full.