Increasing language skills in classrooms and boardrooms will be a priority under Labor's plans to shake up Australia's ties with Asia.

Labor has announced plans for a major shake-up of Australia's ties with Asia if it wins the next election, including beefing up language learning in classrooms and boardrooms.

It aims to build on the Gillard government's 2012 Asian century white paper which has been gathering dust since the coalition took power.

"We have paid lip-service to the Asian century whilst other countries have forged ahead with policies designed to complement the economic changes under way," Mr Bowen told the Asia Society.

There's a perception that because Australia sells a lot of raw materials to China, everything is rosy, Mr Bowen said.

But he pointed to our fraught relationship with Indonesia - on track to be the fourth largest economy in the world but not one of our top 10 trading partners. 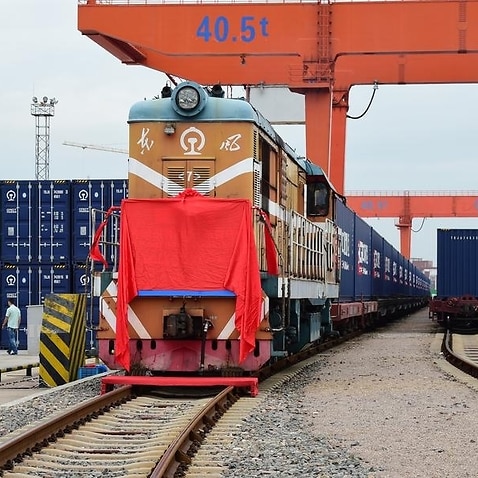 The growing Asian middle class is hungry for a protein-rich and safe and healthy diet and for services including world-class education for their children, travel and tourism experiences and quality health care, he said.

"This change represents a challenge for Australia and enormous opportunities for tourism, agriculture, education, services and retail," Mr Bowen said.

Mr Bowen, who is studying Bahasa Indonesia "on the wrong side of 40," lamented that more Australian year 12 students studied the language in 1972 than today.

He announced Labor will restore $1.5 million to the Asian Education Foundation, which promotes the study of Asia in Australian schools.

A recent Asialink report found 90 per cent of Australia's top 200 companies are clueless when it comes to doing business in Asia - lacking a sophisticated knowledge of Asian markets along with trusted relationships, language skills and cultural awareness.

The opposition pledged $3 million for a pilot program to mentor potential board directors with Asian business experience onto boards.

Mr Bowen hinted Labor would retain the coalition's New Colombo Plan - a scholarship program that sends Australian university students to study and do internships in the Asia-Pacific region.