Senator Jacqui Lambie has called for the resignation of the Education Minister, who says 1700 scientists may lose their jobs if his university funding reforms aren't passed.

The Tasmanian Senator issued a statement in the wake of Mr Pyne’s statement outlining “the consequences” for not passing the reforms, including the potential loss of 1700 researcher jobs.

Senator Lambie described the comments as a threat, saying it was the “last straw”.

“This makes my blood boil. It is just another desperate, juvenile and bumbling attempt to blackmail the Senate cross benchers into voting for his so called ‘Higher Education Reforms’.”

Senator Lambie, who is currently recovering from surgery in a Tasmanian hospital, said she intended to be in the Senate on Wednesday when the bill is expected to be debated.

“Mr Pyne will need more than just a Kleenex I offered him at the start of this debate for the political pain I’m about to cause him,” she said.

“He may need a dose of the intravenous anti-biotic [sic] I’ve been on.”

A spokesman for Senator Lambie told SBS that they remained "hopeful" of her imminent release from hospital.

Senator Carr said his party would table a notice of motion on Monday, calling on the Government to “immediately release the research infrastructure funding it is holding hostage”.

“This motion has been co-sponsored by Senators Lambie, Lazarus, Muir, Madigan, Rhiannon, Wang and Xenophon,” he said.

Newly independent Senator Glenn Lazarus confirmed he would be voting against the reforms, stating that he saw no need to discuss the matter further with Mr Pyne.

"There's no real reason for him to come and talk to me," Senator Lazarus told ABC radio on Monday. 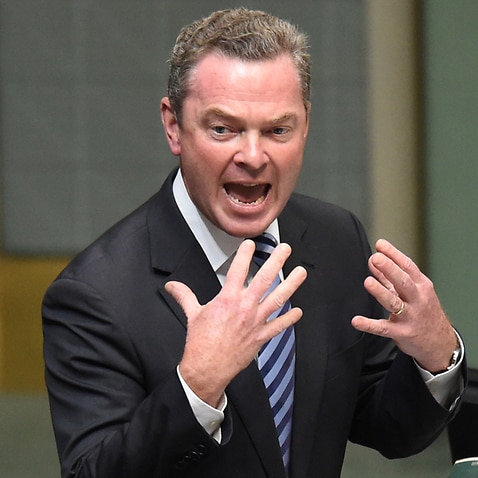