The fight to keep a Tamil family in Australia has started in the Federal Court, with government lawyers filing last-minute evidence.

The fight to keep a Tamil family in Australia has started in Melbourne with government lawyers filing last-minute evidence.

Sri Lankan couple Priya and Nades Murugappan and their Australian-born daughters Kopika and Tharunicaa, aged four and two, are detained on Christmas Island.

Government "lawyers decided just prior to the hearing they now wish to file more evidence so we're not in a position to proceed with the second ground today", the family's lawyer Carina Ford explained outside the Federal Court on Friday.

Supporters of Tamil family from Biloela outside the Federal Court in Melbourne ⁦@SBSNews⁩ pic.twitter.com/ta0eUiA4Q8

Priya, Nades and Kopika have been refused refugee status and the legal battle hinges on Tharunicaa and her right to apply for protection.

The second ground relates to ministerial use of powers under a section of the immigration act and whether the process was fair.

"It is a bit disappointing to know things aren't quite ready on the minister's side," Ms Ford said.

The lawyer visited the family this month and said they were "holding up ok" but were lonely.

"The conditions where they're living is not great, it's really run down," she said. 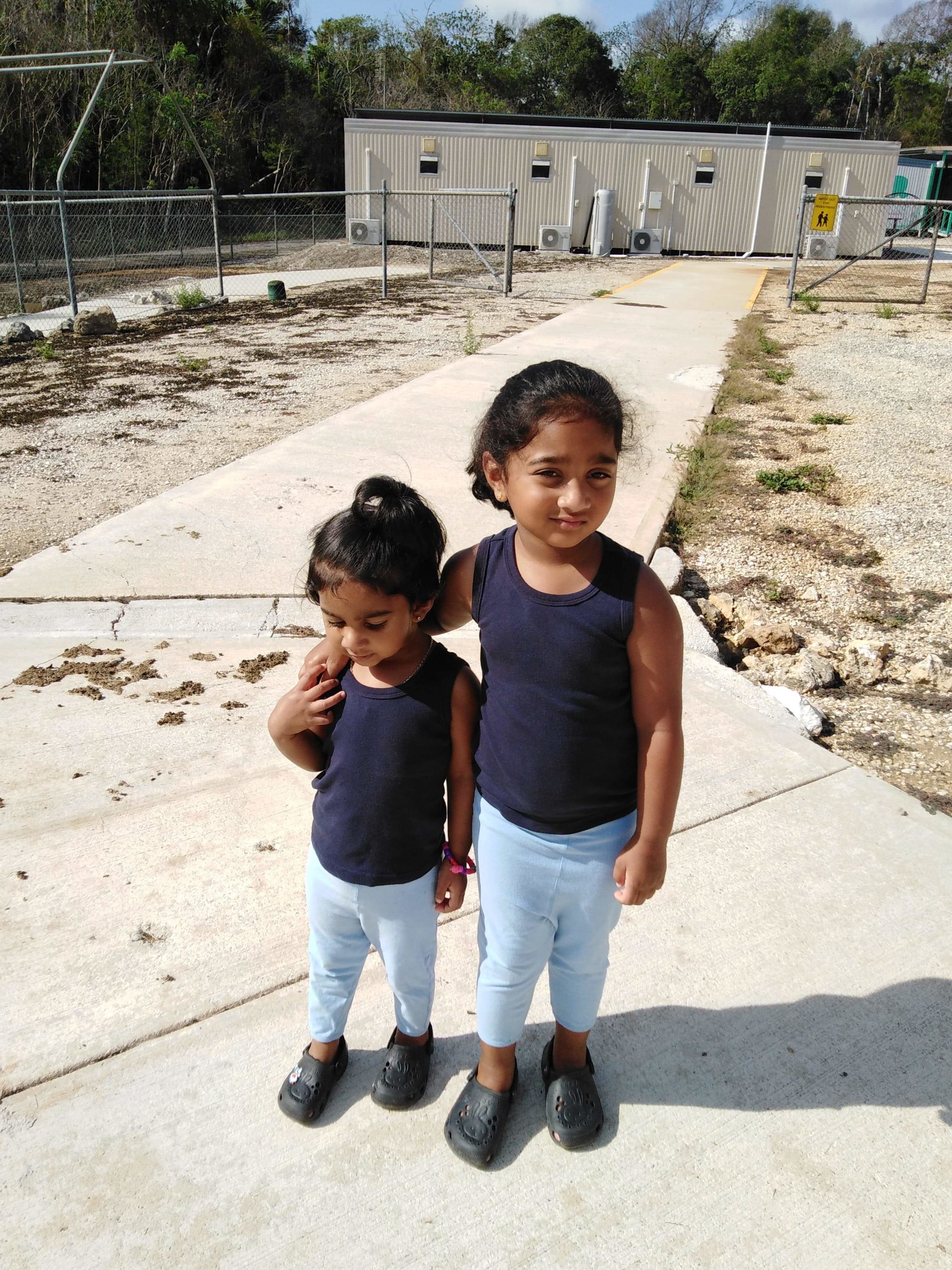 Kopika (right) and Tharunicaa, the daughters of the Biloela Tamil family at the detention centre on Christmas Island.
Supplied

The family settled in the Queensland country town of Biloela before being taken to detention in Melbourne in March 2018, then transferred to Christmas Island in 2019.

"We're begging the immigration minister (David Coleman) and home affairs minister (Peter Dutton) to let this family out and let this family go back to Biloela, at least while they go through the legal process," Tamil Refugee Council spokesman Aran Mylvaganam said.

The situation for Tamils in Sri Lanka had also become worse with the election of a new president, he said.

The family remain on the island and the case will continue on Tuesday before Justice Mark Moshinsky.