The world authority on ocean temperature and salinity mixing has been appointed a Companion of the Order of Australia. 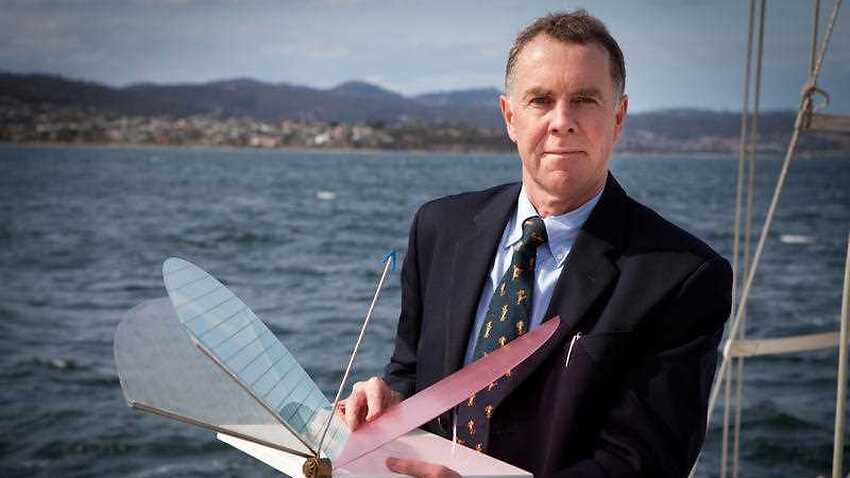 He may be the world authority on ocean temperature and salinity mixing but when former Cambridge scholar Trevor McDougall opened the letter informing him of his Australia Day honour he was "gobsmacked".

"I was very stunned and surprised, no one tells you someone is nominating you," Professor McDougall tells AAP.

"The first I knew was a little letter that arrived in my pigeonhole at work and then I had to Google and find out what the heck a Companion of the Order of Australia was about."

The son of an Adelaide house painter may not know a lot about Australia Day Honours, but the Scientia Professor of Ocean Physics from the University of NSW has discovered four new deep ocean mixing processes.

His work has furthered the world's understanding of how and why the oceans' waters mix, resulting in a dramatic improvement in the ability of ocean models to simulate the climate.

"The ocean is where 93 per cent of extra heat received because of fossil fuels is stored and we can measure that - how much a 'sink of heat' the ocean is."

The CSIRO describes his research as the greatest single improvement in the ocean component of climate models in the past 25 years.

It's this important work that has led to Prof McDougall on Friday receiving one of the country's top honours, capping off a stellar career in science.

But the 65-year-old has no intention of "hanging up the boots anytime soon".

With ocean heat content continuing to rise over the next few decades, he says "no matter how seriously the world takes on decarbonising its energy systems, there's plenty of more work to be done on ocean mixing processes".

Then there's the issue of coral bleaching.

"The ocean is getting more acidic - I would be very surprised if there is very much of the Great Barrier Reef that is not permanently bleached in 40 years' time," Prof McDougall said.

And as far as the national day, the Australian Research Council Laureate believes the date could be changed from January 26.

"I would prefer if we had Australia Day celebrated on a different date, that would be the right thing as far as being aware of how Aboriginal people feel about it."