Protesters have marked 100 days of anti-government action by taking to the streets once more.

Hundreds of people hit the streets of the Lebanese capital on Saturday to mark 100 days of anti-government demonstrations and denounce a new cabinet line-up.

Protests demanding the removal of politicians deemed incompetent and corrupt have gripped Lebanon since 17 October and forced the resignation of the government.

A new cabinet was announced on Tuesday after a three-month vacuum. 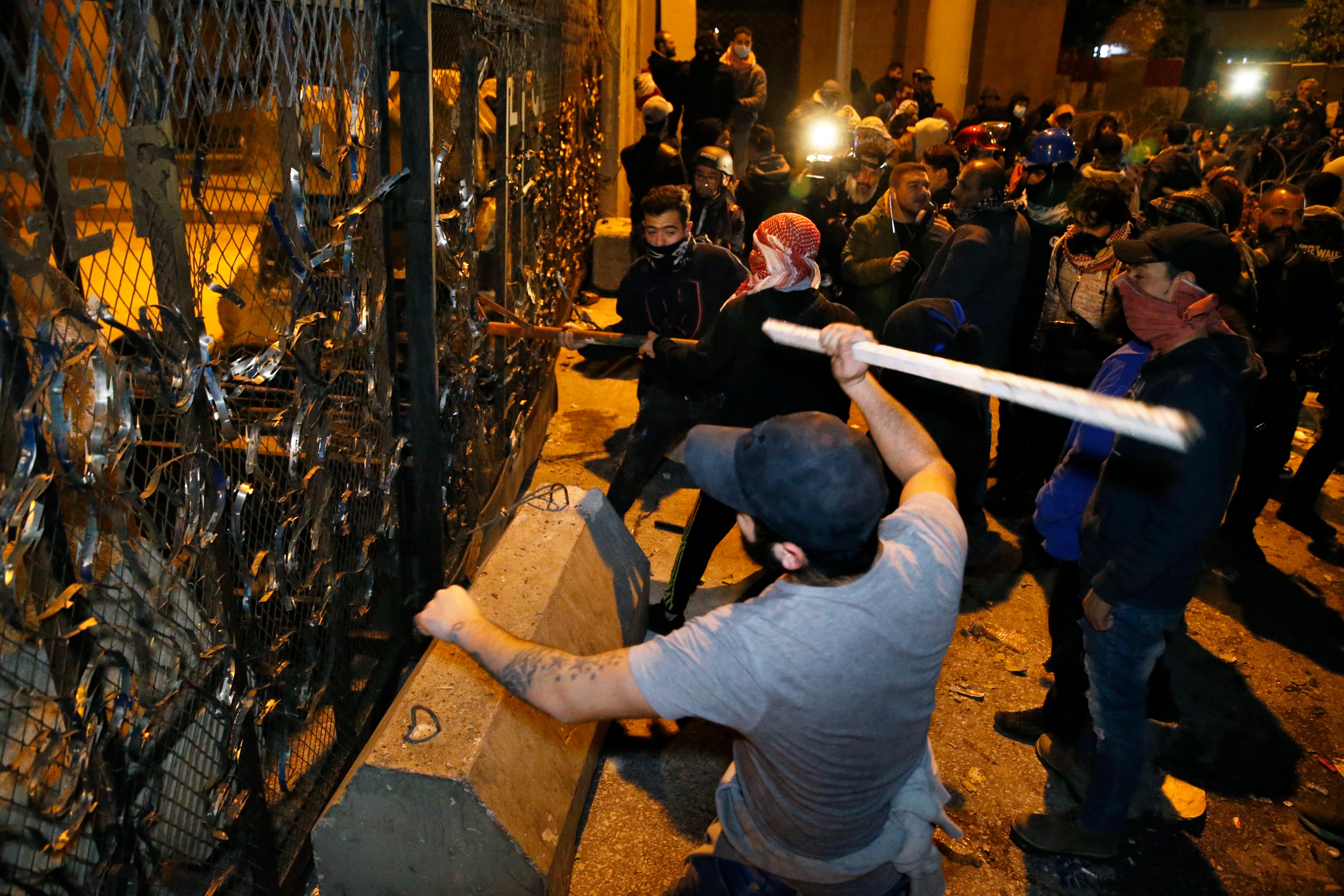 Anti-government protesters use sticks to break through metal security gates outside the central government buildings in Beirut.
AP

But protesters say the ministers were chosen along sectarian lines and that the line-up does not satisfy their demands for a government of independents and technocrats.

On Saturday, several marches were held in Beirut under the slogan "No trust", with protesters converging on the city centre. 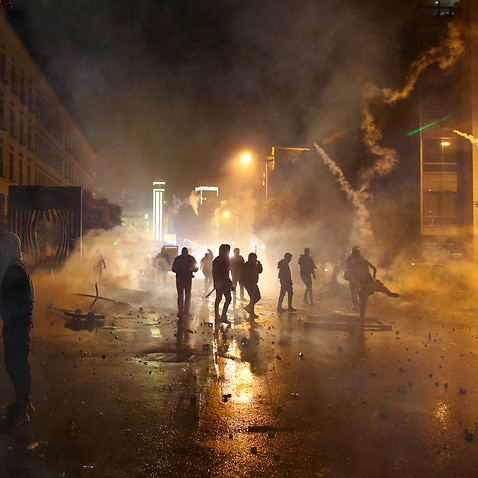 Demonstrators chanted "Revolution, Revolution" under the watchful gaze of security forces, who were deployed in high numbers.

The protest movement has largely been peaceful since it began more than three months ago but has turned violent in recent weeks.

"The government (formed on Tuesday) is not the one we have been seeking," demonstrator Perla Maalouli said in central Beirut.

"We demand a salvation government... not one whose members are selected according to (sectarian) quotas", which the protest movement had mobilised against, she said. Apportioning positions between Lebanon's main Christian, Sunni and Shiite communities has been key to forming governments since the end of the 1975-1990 civil war.

"After 100 days (of demonstrations), they continue to do as they please, as if the people have not spoken," she said.

Lebanon has one of the world's highest debt-to-GDP ratios and economists have argued it is hard to see how the near-bankrupt country could repay its creditors.

The Lebanese pound has lost over a third of its value against the dollar in the parallel market and banks are tightening restrictions on dollar transactions amid a liquidity crunch. The economic downturn has raised questions over whether Lebanon will turn to the International Monetary Fund for a bailout, an option the government has yet to comment on, but which some officials regard as inevitable.

Earlier Saturday, the new Finance Minister Ghazi Wazni met with a senior IMF official in Beirut, a day after holding talks with a World Bank delegation. 'Part of the revolution': Lebanese-Australians head home to join protests

The new premier Diab on Wednesday warned that Lebanon faces an economic "catastrophe", but has pledged that his government will strive to meet the protesters' demands.