Lewis Hamilton has indicated he's not comfortable about racing at the Saudi Arabia Grand Prix and said he was duty-bound to speak out about human rights there. 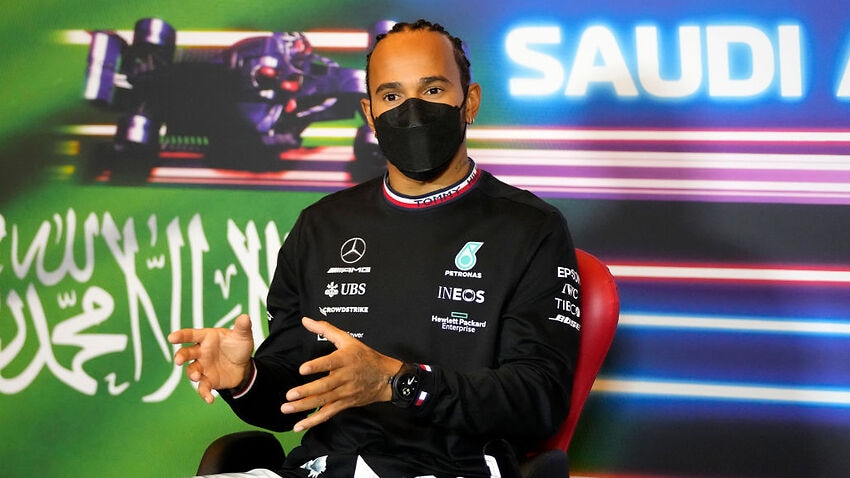 Lewis Hamilton at the Drivers Press Conference ahead of the F1 Grand Prix of Saudi Arabia, 2 December, 2021. Source: Getty

Seven-time Formula One world champion Lewis Hamilton has expressed his concerns about human rights in Saudi Arabia and indicated that he did not feel comfortable about having to race in the kingdom.

Saudi Arabia is hosting a grand prix for the first time on Sunday, a night race around a street circuit in Jeddah, with rights groups accusing the country of using the event to deflect scrutiny from abuses.

Hamilton, the sport's most successful driver, said on Thursday that he had received a warm welcome on arrival but felt "duty-bound" to speak out.

The Briton, who has used his platform to campaign for diversity and equality, said the Liberty Media-owned sport needed to do more.

He wore a Progress Pride helmet at last month's Qatar Grand Prix to draw attention to LGBTIQ+ intolerance, and will wear it again this weekend in Saudi, where gay sex is also a criminal offence.

"Do I feel comfortable here? I wouldn't say that I do," said the Mercedes driver.

Mr Hamilton said the law relating to the LGBTIQ+ community was "pretty terrifying".

"There's changes that need to be made. For example, women's rights of being able to drive (legally) in 2018, it's how they are policed. Some of the women are still in prison from driving many, many years ago.

"So there's a lot of changes that need to happen and I think our sport needs to do more."

Formula One boss Stefano Domenicali has argued that sport can help bring change, even if it will take time for that to happen.

"As soon as these countries choose to be under the spotlight Formula One is bringing, there is no excuse. They have taken the route of a change," the Italian said recently.

Formula One launched a "We Race As One" campaign last year to help highlight and tackle issues such as racism and inequality.

Four-times world champion Sebastian Vettel said it was clear "some things are not going the way they should" but change took time and he preferred to highlight positive examples of progress.

"For sure there are shortcomings and they have to be addressed but I still feel the more powerful tool is the positive weapon," he said.