The Liberal Party has uploaded an advertisement on YouTube attacking Labor's carbon policy just hours after it was announced.

The Liberal Party has launched a new advertisement attacking Bill Shorten's climate change policy just hours after it was launched.

"There will be no carbon tax under Labor," Mr Shorten says.

It then cuts to the now-infamous clip of Julia Gillard saying there would be "no carbon tax under a government I lead", calling Bill Shorten a "carbon copy" of the former Labor leader.

"Australian families will pay the price," the final text on the screen reads.

Mr Shorten said on Wednesday an ALP government would commit to a 45 per cent emissions reduction target (based on 2005 levels) by 2030, compared with the government's target of 26-28 per cent.

He pledged a Labor government would ensure 50 per cent of Australia's electricity came from renewable energy sources by 2030, and that 'smart meters' would be rolled out to manage home power use.

Mr Shorten said a carbon tax was not part of the policy.

The proposed mechanism is an emissions trading scheme (ETS) for electricity generators, and a separate ETS for businesses in other industries who emit more than 25,000 tonnes of carbon pollution per year.

But Prime Minister Malcolm Turnbull said the policy was tantamount to a carbon tax.

"What Labor is proposing to do is another - effectively another tax," he said.

Environment Minister Greg Hunt said on Twitter the policy was "Julia Gillard's carbon tax on steroids" and would result in "even higher electricity prices for Australian families".

Bill Shorten's #CarbonTax will be Julia Gillard's #CarbonTax on steroids... with even higher electricity prices for Australian families

The release of the video could signal the beginning of election campaign attack ads.

"There will be no carbon tax under Labor - Season Two" is one of four advertisements uploaded to the official Liberal Party of Australia YouTube account in the past week. The Australian Labor Party account most recently uploaded a video one month ago. 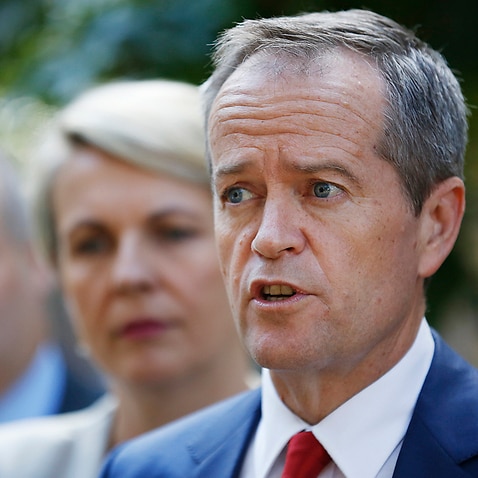