Linda Burney is set to become the first female indigenous MP in Australia's history, claiming victory in the Sydney seat of Barton early on election night.

Labor candidate Linda Burney claimed victory in the Federal seat of Barton at 7:30pm on election night, becoming the first female Indigenous MP in the House of Representatives.

The NSW seat is located in Sydney’s inner-south and has historically been marginal. Ms Burney won the seat off Liberal MP Nickolas Varvaris, who won the seat from Labor at the last federal election.

It's an honour to be the first Indigenous woman in Federal Parliament. Thanks for all your support #ausvotes pic.twitter.com/Wi3Rix1b0Z

In an interview with NITV last month, the former NSW deputy Labor leader said she was motivated by traditional Labor values, as well as a desire to represent Indigenous issues.

“If I’m elected I will be the first female Aboriginal person elected to the house of representatives – while this isn't the sole reason for my candidacy I would be enormously proud to have helped break that barrier for our people,” she said.

“The people of Barton have the opportunity to make history at this election and they've been extremely excited and encouraging about that prospect, I've been very encouraged by their reaction,” she said.

Ms Burney said her Aboriginality plays an important part in deciding which policies to persue.

“My Aboriginality has made me focus not just on Indigenous issues but on ones which I see affecting the most disenfranchised and ignored groups in the community,” she said.

Ms Burney told NITV she strongly supported constitutional recognition of Indigenous Australians, saying it did not preclude a treaty later being formed.

“I know that there are diverse views in our community about this issue but it is unrealistic to expect every Indigenous person to agree on the minutia, we should not be asking people to make that false choice,” she said.

Ms Burney said that she wants to set her office as soon as possible so she can hit the ground running.

“I will immediately be pressing our Minister for Education, who I very much hope will be a Labor Minister, to implement Labor’s Your Child, Our Future policy,” she said. “I will also be requesting a meeting with all of the Aboriginal and Indigenous members elected so that we can get working on implementing the policies which will help our communities.” 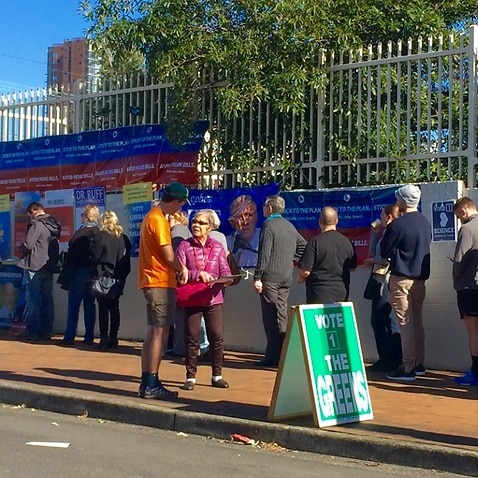 Why election lines were so long today The best tweets of election day so far