Advances in technology are contributing to ‘pandemic’ levels of online child sexual abuse, according to research by Anti-Slavery Australia.

Videos and images of child abuse, as well as the more recent trend of live-streaming child exploitation, are all on the rise within Australia, according Anti-Slavery Australia's 'Behind the Screen' report.

One of the researchers, senior law lecturer at the University of Technology Sydney Ian Dobinson, said instances of ‘live-distant child abuse’ is growing. The “sickening” practice involves using a webcam to broadcast real-time incidences of child sexual abuse to remote locations. Up to $150,000 compensation for child abuse survivors in new scheme

Mr Dobinson says Australian laws haven’t kept up with technology and there is a “disconnect” in the sentences handed down for crimes committed online compared with those for abuse involving real-life contact with a child.

“Each one of those images is a scene of a crime which is incredibly severe and serious in terms of the way we could classify our offences.”

In cases of live streaming, “the person might as well be there in the room with the adult who is sexually abusing the child”.

But police officers interviewed as part of the study said live streaming is extremely hard to detect because it is not stored anywhere.

The report calls for a peak body to be established in Australia to manage the nation’s combined effort against child sexual abuse online.

In 2013-15, the volume of child sexual abuse material increased by more than 400 per cent according to Internet Watch Foundation.

Jennifer Burn is the director of Anti-Slavery Australia and said there has been a “phenomenal” increase in child abuse material available online.

“Huge advances in modern technology has fueled the growth of child exploitation material,” she said.

“The technology has increased so substantially and brought with it so many benefits to all of us in our everyday lives, but it also has a dark side and that is that technology enables the ready facilitation of any kind of material but including material showing children being exploited.”

A senior police officer is quoted in the report speaking about the sheer scale of material being seized by police.

“Back in the early 2000s, we were dealing with kilobytes and megabytes, now we are dealing with petabytes, mainly terabytes now when we do our seizures,” the officer said. 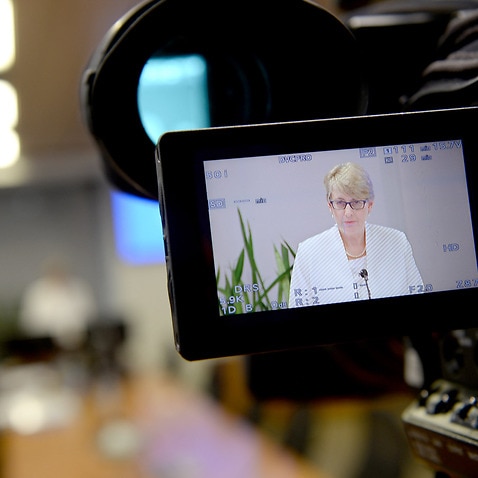