Longing to belong: What it means to be stateless

A new research centre in Melbourne will study the issue of statelessness both at home and overseas. 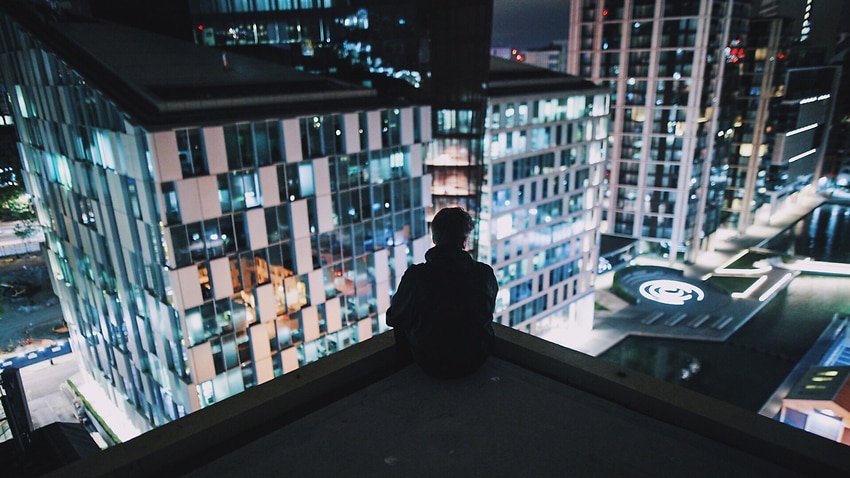 An estimated 10 million people are locked out of society due to being stateless. Source: EyeEm / Getty Images

Imagine having no right to work, education, health, and housing in the country you currently call home.

That is the situation faced by an estimated 10 million people around the world who are ‘stateless’ - not considered a national by any state, territory country under its law.

Often these people are living in the shadows of society, going without basic social and economic rights. And it’s  an issue known to exist in Australia.

In its annual reporting to the UN High Commissioner for Refugees, Australia has consistently recorded having zero stateless persons. But when questioned in Senate Estimates last year, the government acknowledged there were actually 37 people deemed to be stateless in Australia’s detention system.

A new centre opened in Melbourne last month is aiming to address the gaps about what is known about the issue, both at home and overseas.

Professor Michelle Foster, who is heading up Melbourne Law School’s Peter McMullin Centre on Statelessness, said someone arriving in Australia who does not meet the definition of a refugee would find themselves in “a frightening limbo”.

“If you don’t have a visa you are either sent ‘home’ or detained, which means stateless people are often simply detained,” she told SBS News. The average time spent in detention is two-and-a-half years.

"This is a very worrying state of affairs. And yet there’s no advocacy or no public awareness of these issues,” Professor Foster said.

The Melbourne centre is the first of its kind in the world and will research the scale of statelessness while developing strategies to combat the issue.

Who are Australia’s stateless?

Professor Foster said their research will start at home, in identifying who Australia’s stateless persons are.

“The problem is gaining any information. We have no information about where those people are from, what gender, or how old they are," she said.

While Australia has ratified both the 1951 refugee convention and the 1954 convention relating to stateless persons - which aim to protect the rights of refugee or stateless individuals - people are still falling through the cracks.

“Of course it could be many more [than the 37 people known to be detained] but we don’t have a proper system of assessing who is stateless and so that is just an estimate," Professor Foster said.

"There could be other people in detention or in the community that we simply don’t know about.”

There could be other people in detention or in the community that we simply don’t know about.

Ahmed Al-Kateb, 42, found himself facing indefinite detention in 2004. The Kuwaiti-born son of Palestinian refugees arrived in Australia by boat in 2000 without a visa or passport. His claim for asylum was rejected by Australia but he was unable to be sent home as no country would claim him as a national.

The laws have not been changed since, and no new procedures have been implemented for stateless persons in Australia.

Statelessness can occur for several reasons; discrimination against particular ethnic or religious groups, gender bias (in some countries which dictate mothers cannot pass on their nationality), the emergence of new states, and gaps in nationality laws.

Professor Foster noted that Australia’s problem with stateless people was relatively small compared to other nations.

“I’m not suggesting that we have anywhere near the number of stateless people that we find in other countries,” she said.

“But even if it’s one person who is in detention for their whole life because they’re stateless that’s enough to be concerned about and clearly we know there are many more than that.”

Rohingya refugees waiting at a prison in Malaysia. Many seek refuge in neighbouring countries. Source: AAP

The Asia-Pacific is home to the most stateless people in the world, with Thailand, Malaysia and Vietnam all thought to have high numbers.

“It is quite horrendous, to say the least,” SNAP’s president Ramesh Kumar told SBS News.

“Rohingya people have been denied of a state and a nationality … They are open to exploitation, they don’t have any rights, and they can’t register the birth of their children.”

Continual violence and persecution in their home country have led to a mass exodus over the last year, with many fleeing to neighbouring Bangladesh.

“But Bangladesh is a very poor country, and they are dealing with their own issues, so Rohingyas are facing a very sad situation,” Mr Kumar said.

SNAP is working in several countries in the Asia Pacific, he said.

“Almost all countries in this region have a serious issue, and it is just not talked about.”

Are we on track to eradicating statelessness?

In 2014, the UN refugee agency UNHCR launched a global effort, dubbed ‘I Belong’, with the goal of eradicating statelessness by 2024.

It asked countries to commit to implementing new, or altering current laws, to recognise stateless people and their rights as citizens.

Professor Foster said since the launch of the initiative, they have seen some improvements.

“Since the UNHCR began the campaign we’ve seen a doubling of ratifications,” she said, but the centre will work to encourage more countries to ratify agreements.

Artee was born without papers, and so was deemed 'stateless.'

UNHCR is working hard to end statelessness by 2024. Find out more https://t.co/7ptimcvx2U pic.twitter.com/VKh36VEhlQ

Australia made a pledge at the first conference in 2014, to better identify stateless persons, but Professor Foster said this has yet to happen.

“There have been many calls for Australia to establish a proper status determination system for stateless persons. Nothing has happened as of yet.

“So it will be interesting to see what the Australian government response is in the 2019 meeting [at the halfway point in the initiative]."

Mr Kumar said the leadership from advanced nations currently left much to be desired.

“It is really unacceptable that we are as a society making so much progress, like landing on Mars, but still we can’t look after our own,” he said.

He said Australia should take responsibility for itself and its neighbours in the Asia-Pacific region.

“We need to do more as a civil society, and our government must provide this leadership,” he said.

“If Australia can’t do it, I don’t know who will take responsibility for this region.”

In a statement provided to SBS News, a spokesperson for the Department of Home Affairs said it takes its obligations under the Statelessness Conventions very seriously.

It "has guidelines to help protection visa decision makers in relation to substantiating claims of statelessness for the purpose of a protection visa assessment" and encourages states to "cooperate in the establishment of the identity or national status of undocumented persons throughout the world".