Chances are high that Zika-virus infected travellers are in Australia, but low that a major outbreak will occur, experts say.

The risk of a major Zika outbreak in Australia is low, an expert says, as the World Health Organisation (WHO) declared the mosquito-borne virus a global emergency.

"The chances are high that a virus-infected (traveller) will come back, the chances of an outbreak are quite low," medical entomologist Dr Cameron Webb told a media briefing.

He said the yellow fever mosquito was driving the Zika outbreak in Brazil, where the virus has been linked to thousands of birth defects.

The mosquito isn't present in metropolitan Australia, but is found in the tropics in far north Queensland, the area "most likely to get a small outbreak". "That outbreak won't be caused by infected mosquitoes coming back from South America, it will be triggered by travellers coming back infected with the virus," Dr Webb said.

"Someone steps off the plane, shortly after they arrive in Australia they're bitten by local yellow fever mosquitoes who subsequently become infected and can pass the virus on to our local community."

He said authorities are well prepared to deal with any outbreak, through a strategic plan already used in far north Queensland for another mosquito-borne virus, dengue fever.

It involves quickly diagnosing cases before authorities carry out a mosquito control around the home of the infected person to reduce the risk of the person being bitten.

Queensland Health Minister Cameron Dick will hold an urgent meeting this week with experts to ensure the state is prepared to deal with the Zika threat. 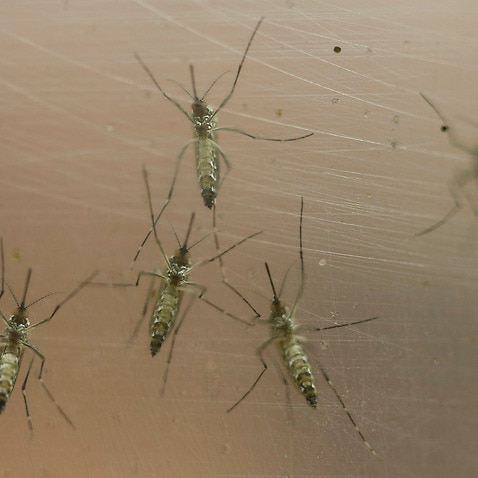 Urgent Zika meeting to be held in Qld

Medical virologist Dr Grant Hill-Cawthorne noted a case reported last year of an Australian being diagnosed with the Zika virus after being bitten by a monkey in Bali.

But he said the man also was bitten by mosquitoes and was far more likely to have been infected by them.

Professor Lyn Gilbert, of Infection Prevention and Control at Western Sydney Local Health Network said there was a high likelihood that there were undiagnosed Zika cases in Australia, bought in by travellers.

"Eighty percent of cases are asymptomatic ... but unless they go to Far North Queensland the risk of them being bitten by the appropriate mosquito is very small," she said.

Dr Webb echoed the Australian government's warning that pregnant women should avoid or delay travel to countries experiencing the outbreak.

But if this wasn't possible, they and other travellers should apply Australian mosquito repellent from early morning as they bite during the day.

Dr Hill-Cawthorne said the WHO global emergency declaration was only the fourth in its history, with the most recent being for Ebola.

It meant more avenues would be opened up for research, including for a Zika vaccine using previous work on related viruses.

While pregnant women should reconsider travelling, Chris Baggoley played down the WHO declaration and says nothing has changed for Australia.