Labor’s candidate in the seat of Perth, Patrick Gorman, said he is concerned by low pre-poll figures. 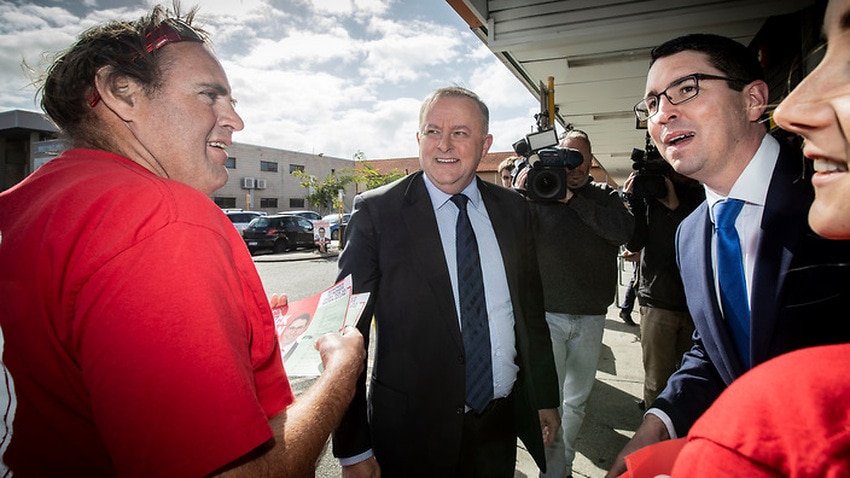 Only 3610 early votes were received for Perth in the first 10 days of pre-polling, down 41 per cent on the same time during the 2016 federal election.

In Fremantle, 3200 early votes were cast by Saturday, down 35 per cent compared to the general poll just over two years ago.

Labor's candidate for Perth Patrick Gorman speaks to the media during a press conference in Perth. Source: AAP

The total of 12,000 early votes cast in Perth and Fremantle is significantly less than in the other three by-elections.

Despite low number of early votes, Labor is still expected to retain both seats after the Liberal Party decided not to field candidates.

Perth had been held by Labor since 1983; Fremantle has been a stronghold for the party since 1972.

Patrick Gorman said he is not going to be complacent.

“I don’t take anything for granted,” he told reporters on Friday.

“I’m concerned that pre-poll voting is low. I think the Electoral Commission will have questions to answer at the end of this election as to why it was so low in the west.”

“We increasingly see democracy under threat around the world,” Mark McGowan said alongside Mr Gorman.

“I want to make sure that at least in Western Australia, we have a strong, vibrant, successful democracy.”

The Liberal Party decided early in the by-election campaign not to field in any candidates in Western Australia, even though Labor’s margin in Perth is just 3 per cent.

The Liberals justified the no-show by saying contesting the Labor strongholds would waste money better spent on the recent state by-election in Darling Range, a seat snatched back by the conservatives but largely in a Labor backlash.

“The Liberal Party haven’t even rocked up.”

Independents and minor parties form a field of 15 candidates in Perth, the largest number of any of the by-elections.

The Fremantle seat was vacated by Labor’s Josh Wilson when he fell victim to the dual citizenship scandal.