Former prime minister Malcolm Turnbull says it's impossible for a government minister accused of a historical rape to function in cabinet. 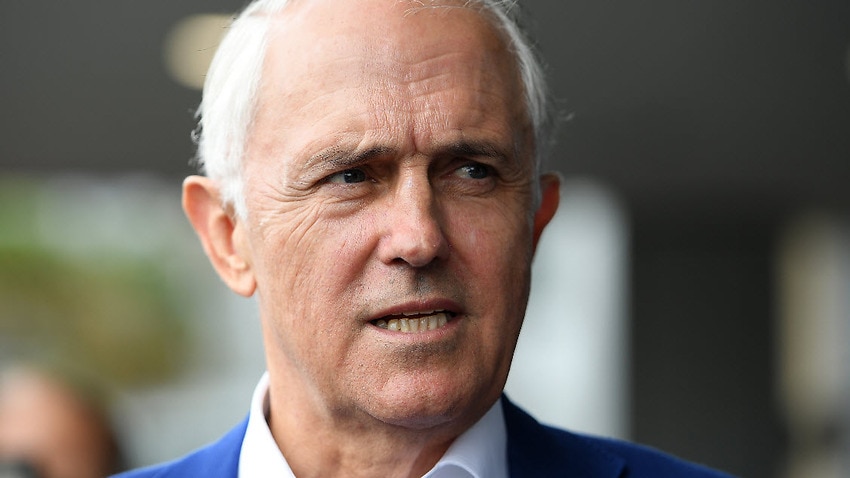 Former prime minister Malcolm Turnbull has led calls for the sitting cabinet minister accused of a historic rape to publicly identify himself.

The woman went to NSW police last year, but the investigation was suspended when she took her own life in Adelaide in June 2020 after telling authorities she didn't want to proceed.

On Monday, Mr Morrison said he had been briefed on the contents of the letter - but did not say whether he had read the woman's claims himself.

He also dismissed calls to stand down the minister, saying it was a matter for police.

"The individual involved here has vigorously rejected these allegations. It's a matter for the police," Mr Morrison told reporters.

But Mr Turnbull believes the man needs to come forward and explain what dealings he had with the woman, including when he knew of the complaint.

"He should out himself and he should provide a comprehensive statement about what he knows about the allegations," he told ABC radio on Tuesday.

Later on Tuesday, SBS News learned the minister has sought legal advice from defamation lawyer Peter Bartlett at Minter Ellison. He is likely to make a public statement on Wedesday.

#Breaking: SBS World News can confirm the cabinet minister at the centre of the historical rape allegations has sought legal advice from defamation lawyer Peter Bartlett. He is likely to make a public statement tomorrow. @SBSNews #auspol

The former Liberal prime minister launched a sharp critique of his successor's approach.

"It's not good enough for the prime minister to say it's a matter for the police," Mr Turnbull said.

"The prime minister cannot outsource his responsibility for composing his ministry to the police."

South Australia Police are now preparing a report on the woman's death for the coroner.

Mr Turnbull, who exchanged correspondence with the woman in 2019 about her allegations, is calling for a coronial inquest into her death.

"It's said that she suicided, did she?"

Mr Turnbull said he had a "question mark" over her death because it coincided with the release of explosive sexual harassment allegations against former High Court judge Dyson Heydon.

"If she did suicide, if she did take her own life, what led to it?"

"Why did she suicide? Why did she pursue this complaint for so long and then, just at a moment when you think she'd be encouraged, take her own life?"

The Greens want the minister to stand aside pending an independent investigation by a former judge, given the woman's death poses a significant roadblock for a police investigation.

Mr Turnbull said the man needed to present a comprehensive explanation of his innocence before resuming his duties.

"It's impossible for him to function in that cabinet," he said.

"Are we seriously going to have a Question Time where the opposition asks every single minister whether they are the person named in the complaint?"

Mr Morrison said he had been briefed on the letter and spoken to the minister last Wednesday and spoke with the federal police commissioner last week.

Sexual assault allegations have sparked national debate about the culture in Canberra, after former Liberal staffer Brittany Higgins said she was raped by a colleague in Parliament House.

Four inquiries are underway, including a multi-party investigation aimed at ensuring parliament is a safe working environment.