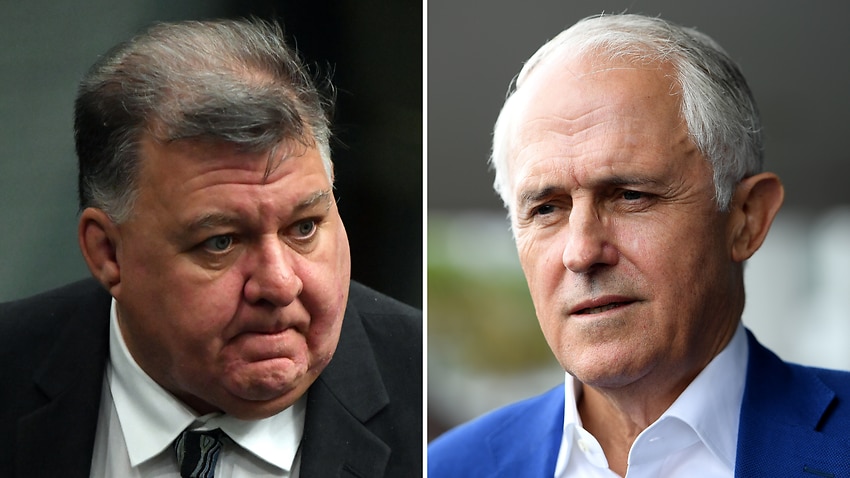 Acting Prime Minister Michael McCormack and Health Minister Greg Hunt on Tuesday refused to criticise Mr Kelly after he posted the results of a study that said forcing children to wear face masks was akin to "child abuse" on Facebook, with Mr McCormack stating: "facts are sometimes contentious".

The German study, which has not been peer-reviewed, examined the impact of mask-wearing for children and allegedly found many suffered headaches and impaired learning.

Mr Turnbull told ABC Breakfast on Wednesday that political leaders needed to hold their party members responsible for what they say, particularly in matters of public health.

"What [Scott] Morrison and McCormack and Hunt and others should be saying, at the very least, is that Craig Kelly is wrong and that it is reckless and irresponsible to be misleading the Australian public on matters of public health," he said.

"Just because somebody is exercising their right of free speech, it should not go without comment or criticism," Mr Turnbull said.

Overnight, Mr Kelly issued a statement on his Facebook page denying that he had shared misinformation, describing the posts as "the actual results of studies".

"Time will tell whether these studies are right or wrong or somewhere in between - time will tell - but they are NOT 'misinformation'," he wrote.

Mr Kelly and Liberal colleague George Christensen have previously called for a ban on anti-malaria medication hydroxychloroquine being used as a COVID-19 treatment to be overturned, despite widespread evidence that it is not effective.

In October, the pair sent an open letter to Queensland Chief Health Officer Jeanette Young alleging that denying Queenslanders this treatment would amount to a breach of human rights.

The National COVID-19 Clinical Evidence Taskforce, a group of 29 peak medical bodies working to analyse emerging research on the pandemic to provide evidence-based guidelines, advises against the use of hydroxychloroquine to treat coronavirus, warning it is potentially harmful and no more effective than standard COVID-19 care.

Labor's health spokesperson Chris Bowen on Tuesday accused Mr Kelly of engaging in a "systemic and deliberate attempt to undermine" medical professionals, while Liberal MP Fiona Martin tweeted that it was the responsibility of all politicians to reject misinformation.

"Freedom of speech does not equal freedom of responsibility," she wrote on Wednesday, "We have a duty to our nation to follow the evidence and facts".

Freedom of speech does not equal freedom of responsibility. In a political environment shaped by COVID, the responsibility of every MP is to safeguard democracy by rejecting disinformation and fake news. We have a duty to our nation to follow the evidence and facts.

The Australian Medical Union on Tuesday called on the Australian government to invest in an online advertising campaign to counter health misinformation, including coronavirus and anti-vaxxer conspiracy theories.

A robust government-funded campaign should aim to dispute misinformation and provide information about healthy choices as people increasingly turn to social media for health information, AMA President Omar Khorshid said in a statement.

"It's really important that our politicians, and in fact others in the community, especially at this time of a global pandemic listen to proper health advice, leave the science to the scientists, the medicine to the doctors," he said in an interview with the Nine Network on Wednesday morning.

"The interpretation of these studies that Craig Kelly’s talking about is actually quite complex, and you don't just believe everything that's published.

"And certainly, Australians shouldn't believe everything that's published on the internet about health, because there are all sorts of crackpot ideas out there."