Immigration Minister Peter Dutton says parts of the Manus Island detention centre will be progressively closed ahead of its final closure on October 31.

Parts of the Manus Island immigration centre will be progressively shut down in coming months ahead of its final closure on October 31.

Papua New Guinea immigration officials on Monday reportedly told refugees that an area of the Manus camp would close on Sunday, with the rest of the compound to be shut on June 30.

But Immigration Minister Peter Dutton said Manus Island was still on track for closure at the end of October.

"The centre won't close drop dead on the 31st of October, they will start to decommission parts of the centre in the run up," Mr Dutton told 3AW on Tuesday. 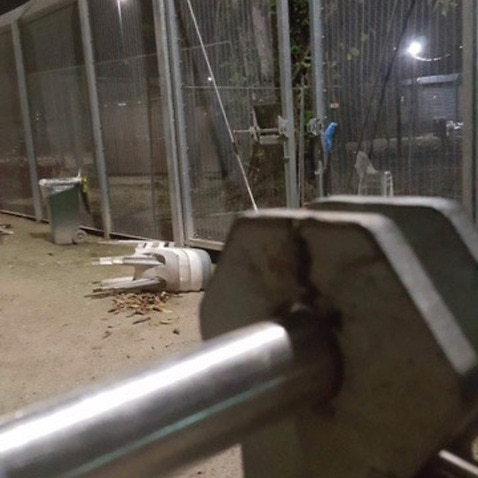 An unspecified number of asylum-seekers will be relocated to a transit centre, according to Reuters.

Detainees awaiting acceptance for resettlement by the United States have been told that some of them will be held at the East Lorengau camp, near the island's major town.

Mr Dutton previously said refugees who aren't taken under the US resettlement deal will settle in PNG, while non-refugees will be sent back to their home country.

"We've been consistent in the message that people will not settle here," he told 3AW on Tuesday.

The Manus Island complex was slated for closure on October 31, after PNG's Supreme Court ruled it illegal last yar.

Human rights groups and the United Nations have criticised the camp's cramped conditions, inadequate medical facilities, and violence, with activists renewing calls for the centre to be immediately shut down in recent months.

News of the planned closure came after Amnesty International released its report into the Good Friday shooting at the centre.

The human rights group said verified footage and images confirmed bullets were fired directly into the camps during the rampage, contradicting initial claims made by Australian immigration officials and PNG police suggesting soldiers only fired bullets into the air.

Mr Dutton has repeatedly said PNG soldiers opened fire on the centre because they were concerned about the welfare of a young boy who was allegedly led into the compound.

Greens senator Nick McKim said the government's decision could be detrimental to the detainees.

"The potential here is that some detainees may die as a result of the announcement ... Papua New Guinea is not a safe place for these detainees," Senator McKim told reporters in Hobart on Tuesday.