Lorraine Ramsay estimates she has saved the lives of 600 greyhounds since she started her own rescue organisation.

"I was absolutely elated," she said.

"I was at work, and a friend called me, who has pet greyhounds, and said 'guess what?' and I just about screamed on the spot with joy.

"I remember it very well." Mr Baird had ordered a special commission of inquiry after an ABC Four Corners investigation five years ago exposed widespread and extreme animal cruelty in the industry, as well as cheating through the use of live baiting.

The report, by former Justice Michael McHugh, found that between 48,000 and 68,000 greyhounds had been killed in the previous 12 years in NSW alone because they were too slow or unsuitable for racing.

The McHugh Report made 80 recommendations, the first of which suggested the premier should consider whether the industry should be totally shut down.

Mr Baird did, only to backflip on that decision a few months later.

"It blew me away, awful," Ms Ramsay said.

"I had a bit of trouble coming to terms with that."

'I stopped counting a while ago'

Ms Ramsay runs a rescue group on the NSW central coast and estimates, conservatively, that she's saved the lives of at least 600 greyhounds no longer wanted by their trainers and owners in the past eight years.

"I stopped counting a while ago," she said.

It all started with a greyhound called Sandy. Sandy at a rally.
SBS

She had horrific injuries that her owner refused to treat and was nursed back to full health by Ms Ramsay, who then decided to keep her.

"She was such a brilliant patient. I thought, 'I had to adopt her because I don't want any harm to come her way again'."

From there, word spread through vets and pounds that Ms Ramsay was rescuing greyhounds and today she usually has between 30 and 40 of them, each of them at varying readiness for pet life.

She dedicates most of her time to introducing them to her own greyhounds and assessing whether they are cat and small dog-friendly, before liaising with interested adopters in order to match them with the right dog.

Rescue groups like Ms Ramsay's say they are run off their feet because of the sheer volume of greyhounds bred to race.

About 4,000 greyhound pups are bred each year, and so it follows that around the same number would need adoption each year when their racing days are over.

Greyhounds usually only race from the ages of two to five, but they can live to 14 years old. 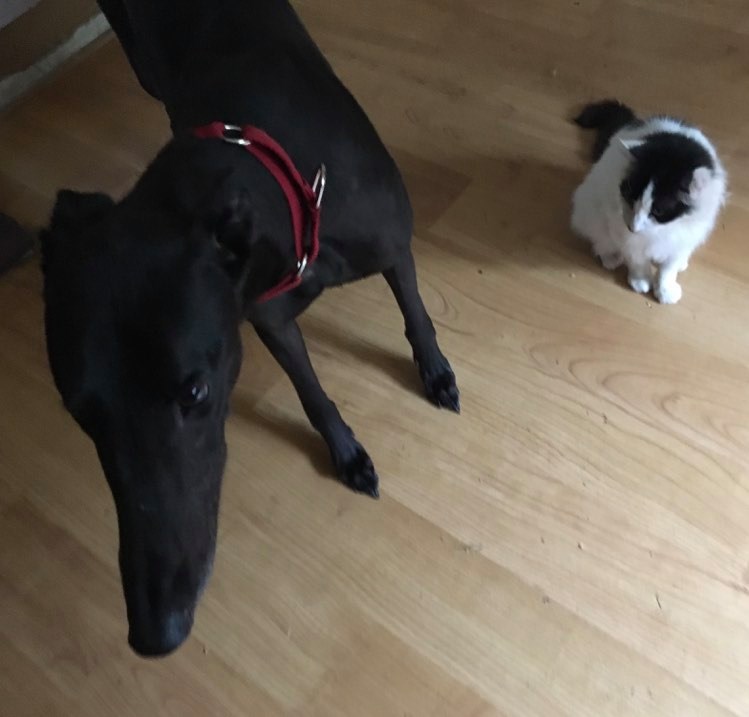 "It's a lot of pressure, and to know they can never all be rehomed makes it even worse because there just aren't enough homes for the excess greyhounds that are bred," Ms Ramsay said.

"There never will be at the rate they're being bred."

Greyhound Racing NSW's annual report says 729 greyhounds were rehomed in 2018/19 via the Greyhounds as Pets Program.

NSW Government-appointed independent regulator the Greyhound Welfare and Integrity Commission (GWIC) was formed 18 months ago to try and clean up an industry that, as Mr Baird said in 2016, has been given its "last chance".

GWIC believes that about 4,000 pups a year is sustainable, and says it's committed to rehoming every single greyhound that is born into the industry.

"That's absolutely the welfare outcome that the industry needs and has to achieve, and it's well understood," GWIC CEO Judith Lind said. "Four thousand is about right at the moment and whether or how those numbers can go up or down very much depends on how quickly rehoming avenues can be expanded. There's a direct relationship between those two things."

Ms Lind says GWIC is also encouraging trainers to get as many of the pups that are bred to the track as possible.

Animal welfare groups are calling for whole of life tracking for greyhounds which they believe will eliminate the gap between those bred into the industry and the far fewer number that end up rehomed.

They believe the lack of accountability is the reason the McHugh Report found so many greyhounds were killed.

At the moment, greyhounds in the industry can be tracked, but once they enter pet life, they are put on the Companion Animals Register and they fall outside the jurisdiction of GWIC. "The commission is hamstrung," Dennis Anderson from the Coalition for Protection of Greyhounds said.

"It cannot track any greyhound that is on the Companion Animals Register and is owned by a non-industry participant."

GWIC says it's tracking its first litters from July to September 2018 and that it is in the process of following up the status of greyhounds retired before the commission was formed.

"Industry participants would want to be very careful about alleging to us that they're rehoming a dog to anyone other than a real person, or a real home," Ms Lind said. Not much has changed since the investigation into the industry, according to Mr Anderson.

"By a process of smoke and mirrors the government has tried to convince the public that there's been change, but in reality, there hasn't," he said.

But that doesn't mean he's lost hope that greyhound racing will, one day, be consigned to the pages of history.

"I've got a lot of faith in the generation that's up and coming," he said. Ms Ramsay says she can't see greyhound racing ending in the short term and would like the focus to be on making the racing safer.

In 2018, Sydney's University of Technology released a report into track safety which in part recommended reducing field sizes, moving the lure to the centre of the track, and making the tracks straight.

None of the recommendations have as yet been implemented.

As for Ms Ramsay, she would like to retire from rescuing, one day.

Ideally I'd like to retire from rescuing and spend the time with my own greyhounds," she said.

"Ideally I'd like to retire from it, and have a bit more fun with my own greys."

NSW Government did not respond to a request for comment.