Protesters have called for police dashcam and body camera footage to be released to the wider public, as well as an external investigation.

Protesters have taken to the streets of Illinois urging authorities to open an investigation into the police killing of a black teenager last week.

The Waukegan Police Department said the shooting took place after an officer "was investigating an occupied vehicle" with two people inside at 11.55pm local time on Tuesday night.

The vehicle fled, but was then spotted by another officer. The second officer got out of his vehicle to investigate.

"While officer #2 was out of his vehicle, and approaching the suspect vehicle, it began to reverse. Officer #2 fired his semi-automatic pistol, in fear for his safety," the police department said.

This young man was also A FATHER

No weapons were found inside the vehicle, and it was not immediately clear why the vehicle had been stopped in the first place.

The fatally shot teenager was later identified as 19-year-old Marcellis Stinnette, who was in the passenger seat. Tafara Williams - Mr Stinnette's girlfriend and the mother of his child - was driving the vehicle. Ms Williams was injured in the shooting and taken to hospital.

Mr Stinnette's mother, Tina Johnson, told reporters her daughter was pleading for her life as the incident unfolded.

"When I got there, she said, 'Momma, they just shot us for nothing,'" Ms Johnson said. "My daughter said she put her hand up and if she didn't put her hand up, she said 'Momma, I would be dead.'" 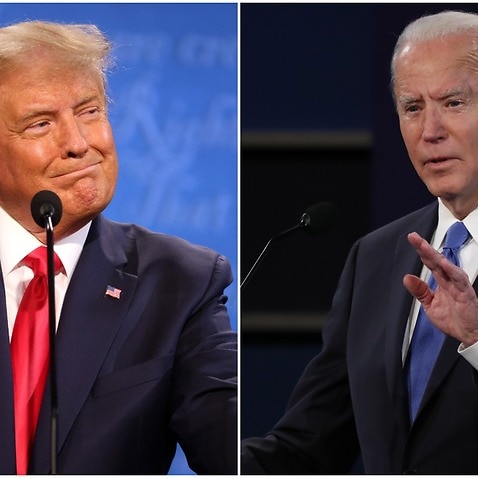 ‘Blackness and criminality are not the same’: US Presidential debate criticised for narrow framing around issues of race

The teen's grandmother, Sherrellis Stinnette, called for the officer to be fired. "They were human beings. They deserved to live," she said, according to CBS Chicago. "He left a baby behind - left five sisters and a mother and a father behind." 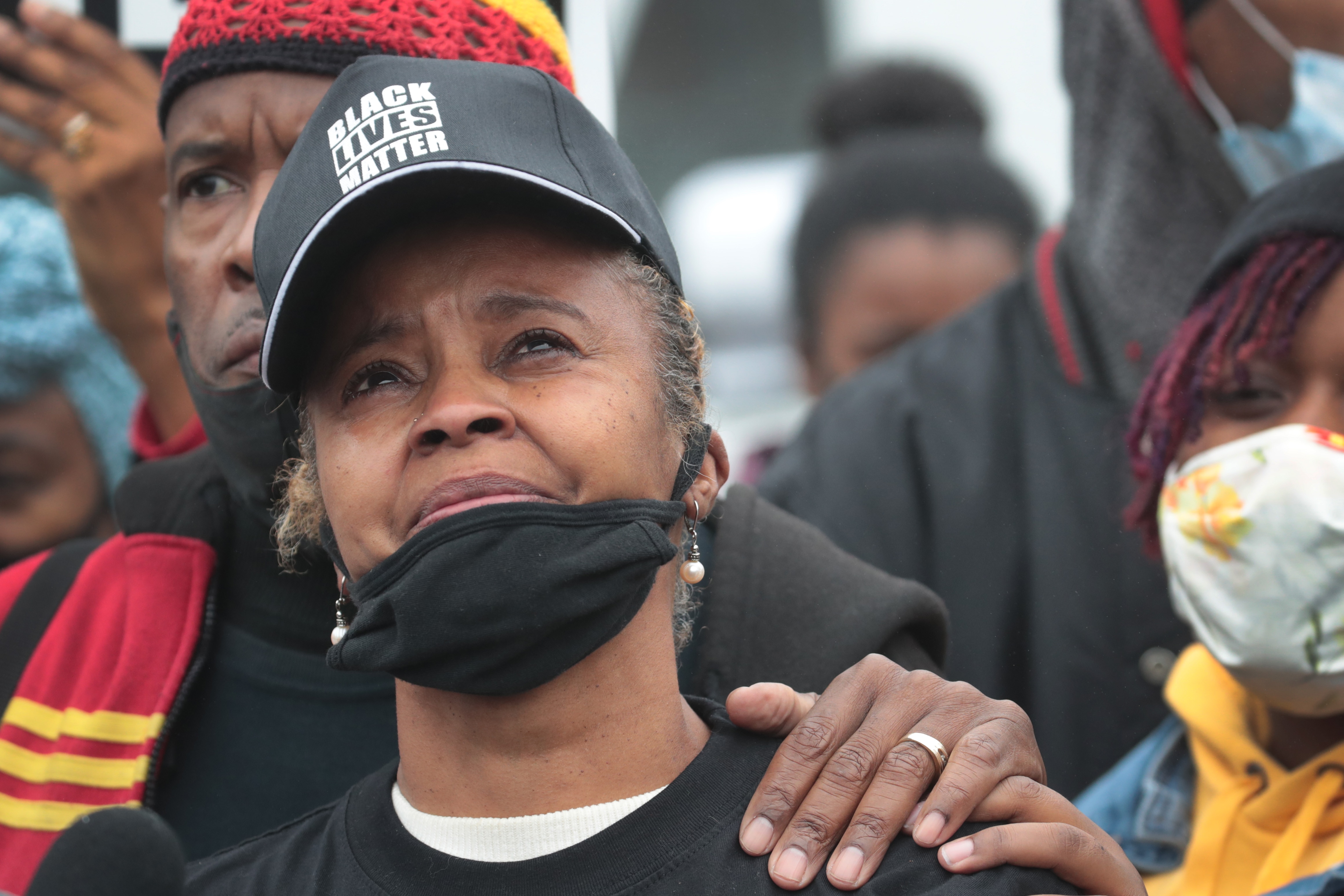 Mayor Sam Cunningham told reporters he knows the families of both Mr Stinnette and Ms Williams and said he's concerned about the impact the shooting will have on Waukegan.

"I'm a black man who grew up in that same neighbourhood. It could have been me," Mr Cunningham said on Wednesday.

"We've seen this play out throughout this country, but it just rips through communities." Rayon Edwards speaks to the crowd during a protest rally for Marcellis Stinnette who was killed by Waukegan Police last Tuesday.
AAP

Protesters marched through the city on Thursday, calling for accountability from the shooting and demanding the Department of Justice oversee the investigation.

They've also pushed for dashcam and body camera footage from the officers to be released.

On Friday, Lake County State’s Attorney Michael Nerheim said he asked the Department of Justice for help reviewing the shooting.

“I have been advised that they have agreed to do so,” Mr Nerheim said of the Justice Department, which oversees the FBI. “I am confident in the work being done by the Illinois State Police and welcome the assistance of the FBI.”

Waukegan is located roughly 25 kilometres south of Kenosha, where Jacob Blake was shot several times at close range by Kenosha police on 23 August and is now paralysed.

Mr Blake's shooting sparked renewed protests over racism and police brutality that had swept the United States since May following the death of another black man, George Floyd, at the hands of Minneapolis police officers.