Deputy Prime Minister Michael McCormack has apologised after he said the Pacific Islands would survive the threat of climate change because they come to Australia and "pick our fruit".

The controversial statement, made during a business event in Wagga Wagga on Friday, draw quick condemnation from Pacific leaders, who accused the deputy PM of painting Pacific Islanders as "paupers". Deputy prime minister Michael McCormack has apologised for claiming the Pacific Islands would survive climate because they "pick our fruit".
AAP

Fijian Prime Minister Frank Bainimarama said the comments were a "big step backwards", while Tuvalu's Prime Minister Enele Sopoaga threatened to pull his citizens from the Seasonal Worker Program and encouraged other nations to do the same.

"We are not crawling below that. If that's the view of the government, then I would have no hesitation in pulling back the Tuvaluan people as from tomorrow." But on Thursday, Mr McCormack said he was simply trying to highlight the importance of labour from the Pacific nations to Australia.

"If any insult was taken I sincerely apologise," he told reporters in Brisbane.

Following the apology, former president of Kiribati Anote Tong said he was grateful but questioned why it had to be made in the first place. 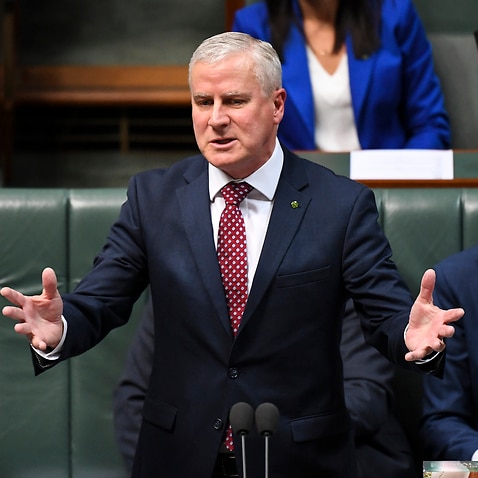 "Climate change on its very own is a serious security threat, it's an existential issue for most of these countries," he said.

"We are not totally insensitive, we listen, we hear and we feel ... I think it's great he can see that what he said was maybe not quite appropriate." The original comments were made after the Pacific Island Forum in Tuvalu, in which the region's leaders - including Prime Minister Scott Morrison - met to discuss the reduction of greenhouse gas emissions and coal power stations and draft a regional communique to submit to the UN's international climate talks.

Mr McCormack said he "gets a little bit annoyed when people in those sorts of countries who point the finger in Australia who say we should be shutting down our resources so they can continue to survive", referencing calls from Pacific nations made during the Forum for Australia to do more to combat climate change. "They’ll continue to survive because many of their workers come here and pick our fruit, pick our fruit grown with hard Australian enterprise and endeavour and we welcome them and we always will," he continued.

The Seasonal Worker Program allows citizens from Timor-Leste, Fiji, Kiribati, Nauru, Papua New Guinea, Samoa, Solomon Islands, Tonga, Tuvalu and Vanuatu to come to Australia on a temporary visa of up to nine months to work as a seasonal labourer in industries experiencing labour shortages.