The Victorian government wants to provide a legal supply of medicinal cannabis for severely epileptic children from 2017, in a national first.

Cooper Wallace is a poster-child for the benefits of medicinal cannabis.

The Victorian four-year-old spent more than half of 2013 in hospital due to severe epileptic seizures with little relief until his parents opted to flout the law. 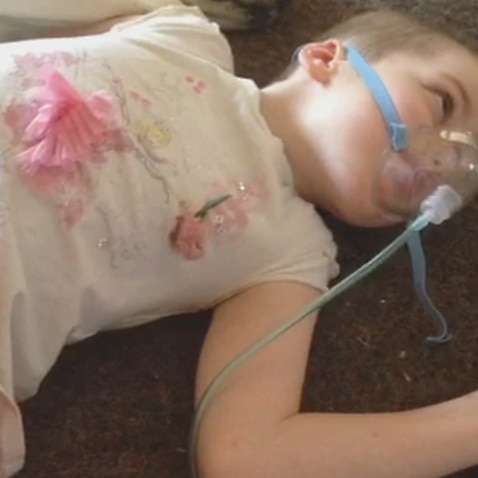 When put on a daily dose of cannabis oil, Cooper's hospital days dropped to just 20 in 2014.

"You do whatever you need to for your children and the first dose we gave him, my hand was literally shaking - we've never been law breakers," Cooper's mum Cassie Batten told reporters.

"But seeing the change, we do whatever we need to do."

The Victorian government says Cooper's family should not have faced such a choice, and laws will be changed to introduce Australia's first legal supply of medicinal cannabis.

On Tuesday it was handed a Victorian Law Reform Commission report outlining a model for medical-grade cannabis supply and what state laws need to be changed.

Commonwealth laws will also need to be tweaked and Victorian Premier Daniel Andrews says this will be on the agenda at the next COAG meeting.

He wants doctors to be able to prescribe medicinal cannabis from 2017 to children like Cooper, and there are about 450 like him in Victoria.

The cannabis will be grown at a secure trial site or by licensed farmers and made into non-smokeable products - oils, tinctures, sprays or capsules - by regulated manufacturers.

Registered pharmacists will dispense these products and the whole process overseen by a new Office of Medicinal Cannabis within the health department.

"This landmark reform means Victorian families will no longer have to decide between breaking the law and watching their child suffer," Mr Andrews told reporters.

The Andrews government accepted 40 of the commission's recommendations but stopped short of adopting two recommendations, which called for broader access to medicinal cannabis.

The opposition supports access to medicinal cannabis for families in Cooper's situation.

- Marijuana to be grown by licensed farmers as a regulated crop similar to opium poppies.

- Will be prescribed by a doctor and dispensed by registered pharmacies.