Unlike conventional "birthing suites" gum leaves are scattered across the room and a vibrant mural covers a feature wall. When commissioned to create the piece, local artist Kahli Luttrell says she drew on her own experience as a mother-of-four - and added a series of culturally "appropriate" references.

“There was a selected tree and it was known as the 'birthing tree' and that was hollowed out by fire burnt out in the middle and they'd go at that time and give birth in the tree,” she said.

Birthing is a significant aspect of Indigenous culture and for the past  four years a specialist Koori Maternity Service Program has operated from Melbourne's Northern Hospital.

Aboriginal health worker Jo Quinn said the program employs predominantly Indigenous health workers and focuses on cultural aspects including family and continuity of support which is of particular appeal to mothers-to-be.

“They're seeing us right from the start - right from the beginning when they're first finding out they're pregnant, we're following through with them right through their pregnancy to the first breath of the baby,” she said. “In the painting there's an actual journey described through the mural and the women, they've all told us they're focusing their breathing, they're watching this mural [and] they're getting in touch with family - it's a really positive experience for them,” Ms Quinn said.

Tammy Watts spent several hours in labour in the room on Australia Day before little Calliopi arrived and she said being surrounded by culture and family made for a positive experience.

“It makes all the difference - it's very calming, it makes you feel very connected.

"I believe it helps you form the bond as you're going through the labour itself as well which is awesome it's an excellent feeling,” she said.

And according to proud artist Kahli Luttrell, it's an increasingly common story.

“One lady, she had her baby and she said, 'I just wanted to thank the artist because it was great. I had something to focus on - it took my mind off the pain which is nice.'"

"It's nice to get feedback like that and then everyone can enjoy it,” she said. 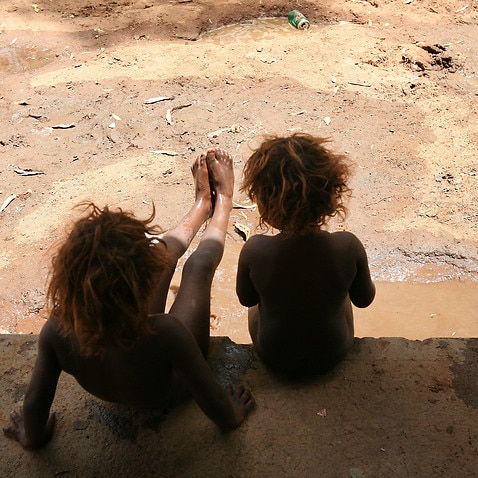 Close the Gap: Indigenous report card to be handed down 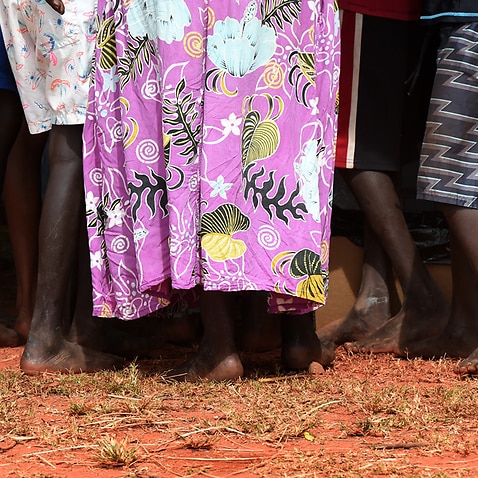