When everyone else is rushing to leave, these are the people who enter the conflict zone, determined to help those left behind.

Hundreds of thousands of people have risked their lives to escape countries like this, but for every person who manages to get away, many more are left behind, struggling to cope with an impossible situation.

So why then do people volunteer to leave the safety of their home countries to come to conflict zones to help those left behind?

What motivates them to potentially risk their lives in a country that is making headlines for all the wrong reasons?

Dr Claire Fotheringham is an obstetrician and gynaecologist who decided to volunteer for Medicines Sans Frontiers (Doctors Without Borders).

She has worked in some of the world’s most dangerous places, including Afghanistan, Sierra Leone, the Democratic Republic of Congo and most recently a Syrian refugee camp in Jordan. 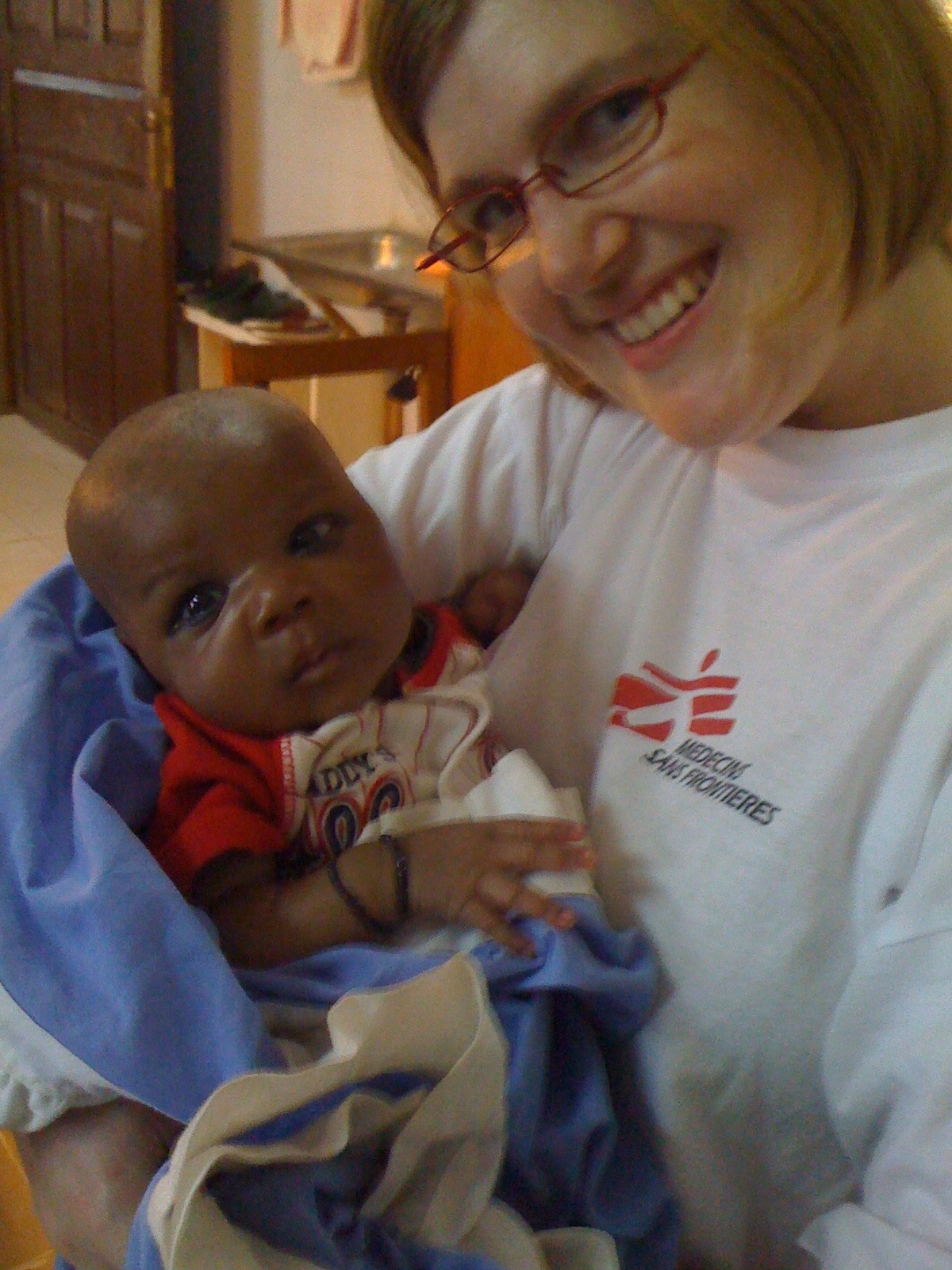 “I have a strong belief that no matter what your circumstances, we are all entitled to good medical care and for me the need is so huge, and I have these skills and I have the privilege to be in a position where I am able to use them, so for me it’s sort of a no brainer,” she told SBS World News.

“Why wouldn’t I do that? No matter what the population that you’re serving is going through a lot more than you are.”

She said MSF ensured the safety of their staff while overseas, but there was always a small amount of fear, particularly the night before she leaves.

“I think it’s good, if you didn’t have any fear you’re probably in the wrong job,” Dr Fotheringham said.

“But I’m scared for a number of things. I am a little bit nervous about the situation, I’m a little bit nervous about how I’m going to interact in the culture and because things are often very different to the way they are in Australia, I’m often worried about my clinical skills and whether I’ll be professionally up to the task of caring for these patients, whether I’ll do a good job.”

Save the Children child protection and emergency adviser, Lucy Eches, has just opened the organisation’s new Istanbul office and is in the process of training local staff to help Syrian refugee children.

She told SBS World News she was usually more excited than scared before a new post.

“I think it’s excitement because you know that this is where the needs are the highest and I think that is what you want to do and you know that the situation will be difficult, will be complex because there will be a lot of constraints and external and internal things,” she said.

“I think it’s more like the challenge for the complex situation and also knowing that this is where the needs are so it’s the best use of your time and of your energy.

“I think the security part comes afterwards and when sometimes you’re there and there are difficult moments.”

Dr Fotheringham said Afghanistan was probably the most concerning mission she had worked, and it helped her understand the situation her patients found themselves in.

“As an international staff member you’re only going to stay for a limited amount of time and then you’ll pick up and leave and go somewhere else, but if you live in that community, you live with that fear and those things occurring all the time and I just think, if I had a family I wouldn’t want to bring them up in this situation.

“It really brings home the things that people are going through and have been through before they’ve arrived in a refugee camp or wherever they’ve fled to.”

Fellow MSF volunteer, retired clinical psychologist Malcolm Hugo, has also encountered what he describes as “dodgy moments” in his time working in countries like South Sudan, Ethiopia, Iraq and the West Bank.

“You’ve always got a choice of course,” he told SBS World News.

“I guess you go where the need is. I’m certainly no hero, but most of the time I’ve felt pretty safe.”

Dr Hugo said his work has seen him come in contact with adults and children who are traumatised because of the violence and conflict they have experienced, or due to a natural disaster or epidemic they have survived.

“For example my most recent mission in Iraq was really dealing with the internally displaced people that were fleeing IS-controlled areas,” he said.

“Some of these people have been living in areas that were controlled by IS for the last two or three years.

“A lot of those have medical needs when they arrive and a lot of them sustain injuries and that on the way because they do negotiate land mines and sniper fire and things like, so they’re injured, but certainly a large proportion of the population are traumatised also.

“I also worked in internally displaced population camp there with about 6000 or 7000 people there and we were overrun with cases of adults and children with trauma-related symptoms.”

Ms Eches said many of the children her organisation worked with had been through difficult and traumatic situations, which sometimes made it difficult for staff to connect with them.

“I think it also is sometimes tough for the staff because some children can be sometimes violent and some children show so many signs of distress as well, so it’s also a lot of work on psycho-social support we need to do with those children to help them feel better and regain a sense of wellbeing,” she said.

“When we do child-friendly spaces and children come every day for activities we can see, for example, that some children who were very aggressive, very violent due to all that they had to experience and their fears and so on, after joining our child-friendly space, after a couple of days and weeks we can see they are engaged more and they are much more calm and much more enthusiastic so that’s what really exciting and really positive.”

Dr Hugo said he also worked with parents, particularly mothers, and children who were suffering with the psychological and psycho-social consequences of things like malnutrition.

He said this included teaching parents “cognitive simulation skills, because [the children are] malnourished, they’re often stunted and they’re obviously cognitively impaired because they don’t get the stimulation required for a range of reasons”. 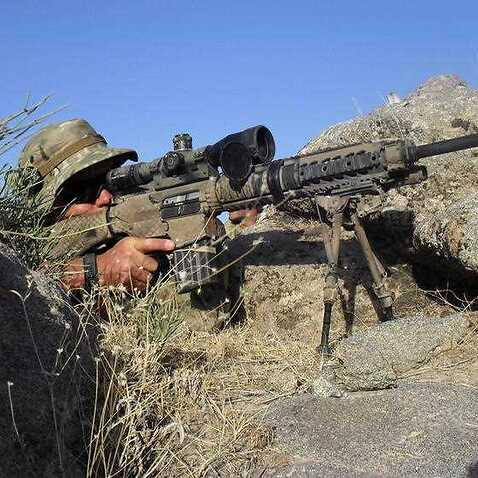 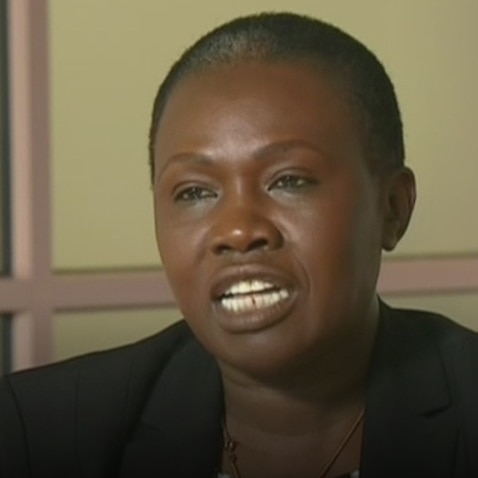 “It’s quite multifaceted, the mental health involvement in a range of measures,” he said.

She said obstetrics was a huge amount of the work MSF did in any country.

“Often in large refugee groups women and children tend to predominate as the people in the group and a large number of those women are pregnant, so it’s really an incredibly large part of the work we do,” she said.

“Sometimes they are traumatised and that can sometimes cause problems with bonding with their baby after the birth, and the fact that labour is difficult and labour is painful can sometimes bring up issues as they’re going through it.”

Ms Eches said there were often public misconceptions about working in the aid service and child protection field.

“I think it should not be seen as a burden for me to go somewhere because sometimes people outside the sector think that it’s a burden for us to go abroad to those difficult and challenging areas, but it’s such an amazing job that we’re just really excited to be part of it,” she said. 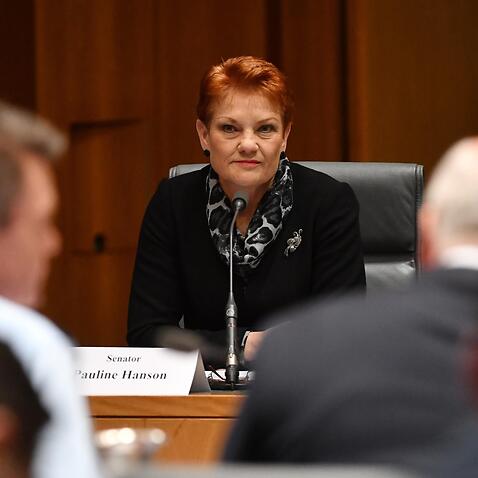 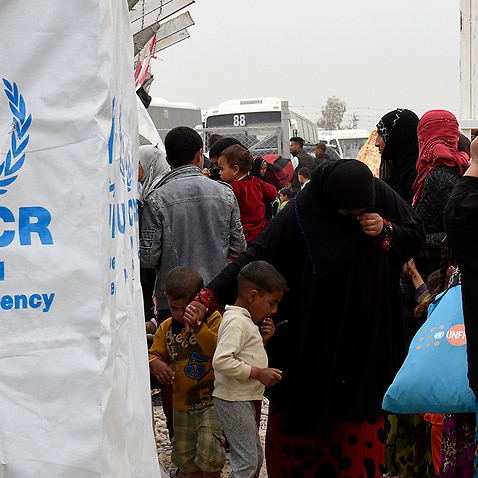 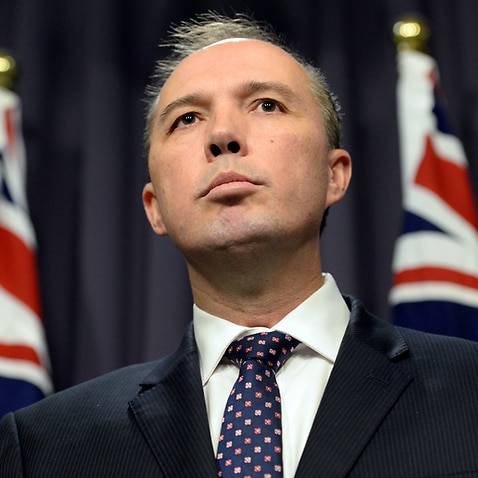 'The lawyers can rant all they want': Dutton resolute on 'fake refugees' crackdown