Police and the medical regulator have raided the Melbourne clinic of a doctor caught boasting how he helped parents get around vaccinating their children.

The clinic of a Melbourne doctor who boasted about getting children out of compulsory vaccinations has been raided by police and the medical regulator.

Dr Piesse entered into the legally binding agreement with AHPRA last week, a year after the agency began investigating him.

He was filmed boasting at an anti-vaccination event that he helped parents get around the "no jab-no play" laws.

"I am a doctor who has been working hard for 18 months to try and help parents get exemption from 'vaccinated pain for vaccinated play', with mixed success," he said in a video published by the Herald Sun in August.

Dr Piesse's agreement to stop practising medicine is an interim measure while AHPRA continues to investigate. 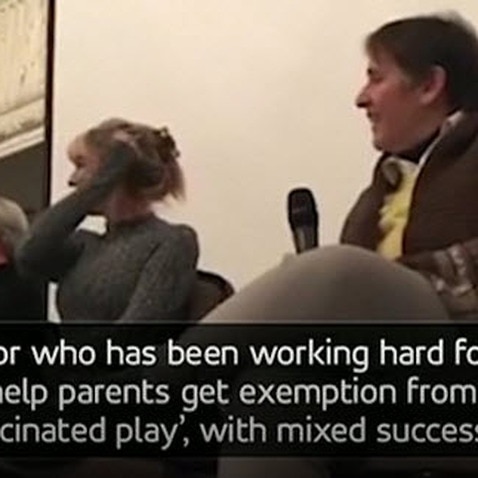