Students at Melbourne's Presbyterian Ladies College have received their marks after studying for the International Baccalaureate Diploma and one student managed to achieve a perfect score.

HSC students found out their results weeks ago, but those students who undertook the International Baccalaureate (IB) have only just received their scores.

Year 12 students at Melbourne's Presbyterian Ladies College (PLC) were among the more than 100,000 students in more than 150 countries who undertook the internationally-recognised diploma as an alternative to Australian curricular options.

Peter Francis is the program co-ordinator at PLC, and says the course includes a broad suite of academic subjects, languages, music studies and community awareness. "The IB is not just about learning content, it's about creating life-long global citizens who think for themselves, they're self-regulated learners, they're reflective, they ask questions, they think, they inquire," he said.

"It's about developing the whole person and developing global competency skills."

That mandate appealed to Natalie Liu, who achieved a perfect score of 45 - the equivalent of a 99.95 ATAR score in the Victorian Certificate of Education.

While studying, Ms Liu played in an orchestra, took part in choir performances, swimming and even a trip to Cambodia with her father to promote better eye-health.

She expects these activities will broaden her future outlook.

"[The] amalgamation of all that just opened my eyes to all the possibilities and reminded me that, yes, you do have to study, but also it's good to get out of the house and make an impact on the community or for yourself as well," Ms Liu said. 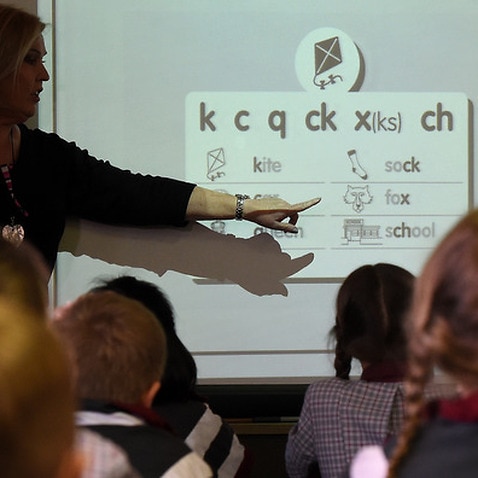 Her mother, Lee Lin Liu, said the IB was a good fit for her daughter.

"She's always been quite an all-rounder and she felt it was right for her from the start, so we just felt we should support her and we wanted to," Mrs Liu said.

"We thought it would be a right fit because she thrives on a challenging course such as the IB, which is also a very holistic and a very well-rounded education."

For many the celebration of a year's worth of hard work prompted hugs and tears of joy, but for others there was disappointment.

Even a high score of 34, or the equivalent of a 92 ATAR mark, wasn't enough to guarantee aspiring engineer Crystal Lin enrolment in her preferred course in Canada.

"I guess it's just the disappointment that I was just a few points away, not there yet,” she said.

“Maybe I could have worked a bit harder, who knows."

The IB is offered in 15 secondary schools across Victoria. Students told not to sweat over their ATARs